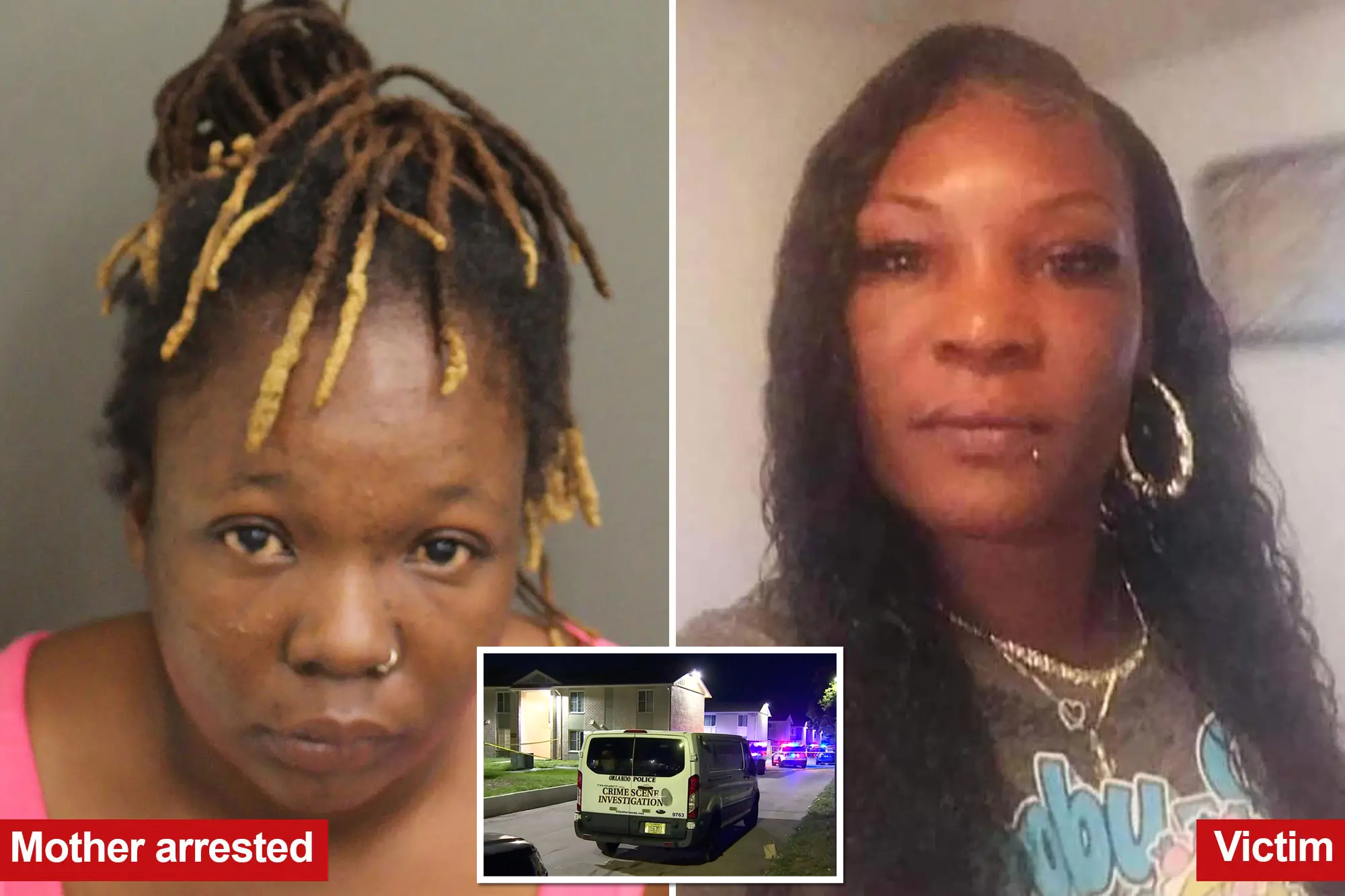 A 10-year-old Florida girl has been arrested on murder charges for allegedly shooting dead a neighbor who was fighting her mother on Memorial Day, police said.

The child, who has not yet been publicly named, was heard shouting, “She shouldn’t have hit my mama,” after firing the deadly shot that killed 41-year-old Lashun Rodgers at the Jernigan Gardens Apartments in Orlando on May 30.

The 10-year-old was taken into custody Tuesday, reported ClickOrlando. She now faces a second-degree murder charge, which is punishable by up to life in prison.

The Orange-Osceola State Attorney’s Office released a statement after the arrest, saying that “no charging decision has been made” in what State Attorney Monique Worrell described as “the most tragic case” in her 22-year career.

A 10-year-old girl allegedly fatally shot Lashun Rodgers — who was arguing with her mother, Lakrisha Isaac.WKMG-TV

“Our office has started the process of reviewing this case and will consider all of the facts, including the age of the child, and all of the surrounding circumstances, when making a charging decision,” Worrell stated. “We anticipate that whatever charges we eventually file, if any, will ensure she receives the interventions necessary to address her behavior, help her change and grow, and ensure the public’s safety going forward.”

The girl’s mother, 31-year-old Lakrisha Isaac, is currently jailed on counts of manslaughter by culpable negligence, child neglect, contributing to the delinquency of a minor and aggravated assault with a firearm in connection with the deadly shooting.

Neighbors reported that Rodgers and her boyfriend were grilling outside her apartment on Mercy Drive at around 11:45 p.m. when Isaac, who they claimed was drunk, walked up to the woman and punched her, according to the station WIFR.

Rodgers slapped Isaac back, and the two women began fighting. According to an arrest affidavit cited by NBC News, the dispute between the two women was over a social media post.

The victim’s boyfriend told police he tried to lead Rodgers back into the house, but she broke free to “re-engage” Isaac, at which point the woman handed her daughter a bag that contained a gun.

The 10-year-old pulled the loaded firearm out of the purse and squeezed off one or two rounds, striking Rodgers.

Rodgers’ boyfriend told police Isaac then grabbed the gun and pointed it directly at him, prompting him to raise his hands and flee.

The victim was taken to Orlando Regional Medical Center, where she was later pronounced dead.

Family and friends said Rodgers — nicknamed “Bones” — was a beloved mother and grandmother who was known in the neighborhood for her kindness and giving spirit.

The Orange-Osceola State Attorney’s Office released a statement after the arrest, saying that “no charging decision has been made.”WKMG-TV

Rodgers’ cousin told ClickOrlando.com that she was not the type of person to get into scuffles and did not deserve to die in such a violent manner.

“It’s just so sad that she lost her life to this senseless situation,” said Amber Dozier.

How It Really Happened: DC Madam