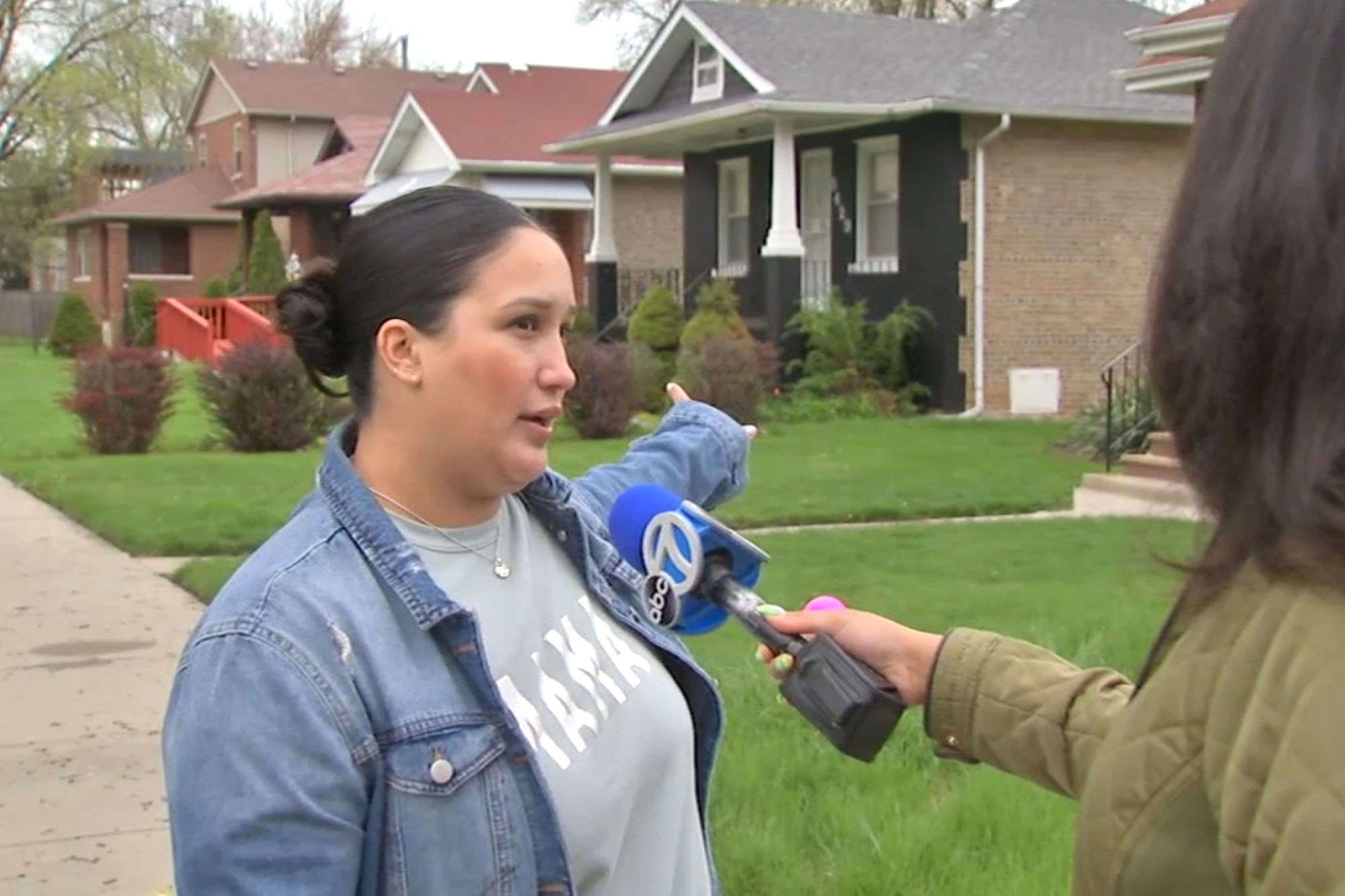 An alleged squatter with a bogus lease is refusing to leave a Chicago woman’s house — and there’s nothing cops can do about it, the homeowner said.

Danielle Cruz told ABC 7 she recently put the three-bedroom Chatham pad on the market but when a contractor arrived to make some final repairs to the vacant home, a stranger was shacked up in it.

Cruz immediately called the cops but when officers arrived, the nightmare house guest allegedly whipped out a fake lease and claimed to have already paid $8,000 in rent, leaving cops powerless to kick her out, she said.

“They said, unfortunately, they couldn’t prove she was trespassing,” Cruz told the station, explaining that she now has to go to court and follow the formal eviction process.

Cruz said she now has to go through the city’s formal eviction process.ABC7 Chicago

The homeowner said she is stunned that law enforcement considers it a civil matter, due to tenants’ rights laws in Chicago’s Cook County.

“I definitely do feel violated,” she said. “I own this house, and it feels like if anyone can just break into your house and kind of take over, that’s a scary feeling.”

And Cruz is not alone. More and more squatters have begun breaking into homes in the area in recent weeks, said local real estate attorney Mo Dadkhah.

Clever crooks can simply print out a fake lease and present it to cops — or change the locks and pose as a landlord renting out the place, he said.

“If somebody gets into the property in the middle of the night, nobody sees them get in the property, they have a lease in hand. Well, a police officer can’t determine — they’re not a judge — (if) that’s a fake lease, or that’s a fake signature or it’s forged,” Dadkhah said.

Compounding matters, the attorney said that in most cases, as in Cruz’s situation, police will refer homeowners to the eviction courts — which are currently backed up in Cook County.

The Chicago Police Department said the woman living in the pad had met with a mystery man, who claimed to be the landlord of the residence.

He allegedly presented a lease for her to sign, took her deposit money, and gave her keys to the house, police said.

When police officers came, the squatter allegedly whipped out a fake lease and claimed to have already paid $8,000 in rent. ABC7 Chicago

Cruz and her husband had just moved out and were finishing a renovation on the family home, which they had listed for $175,000.

“We honestly thought he was joking,” Cruz said. “So, we show up with the cops, and there’s a young woman in there with all of her belongings.”

“No one wants to come back [home] and someone is living on the property,” said neighbor Quintara Smith. “It’s frightening. I mean, that can happen to anybody.”