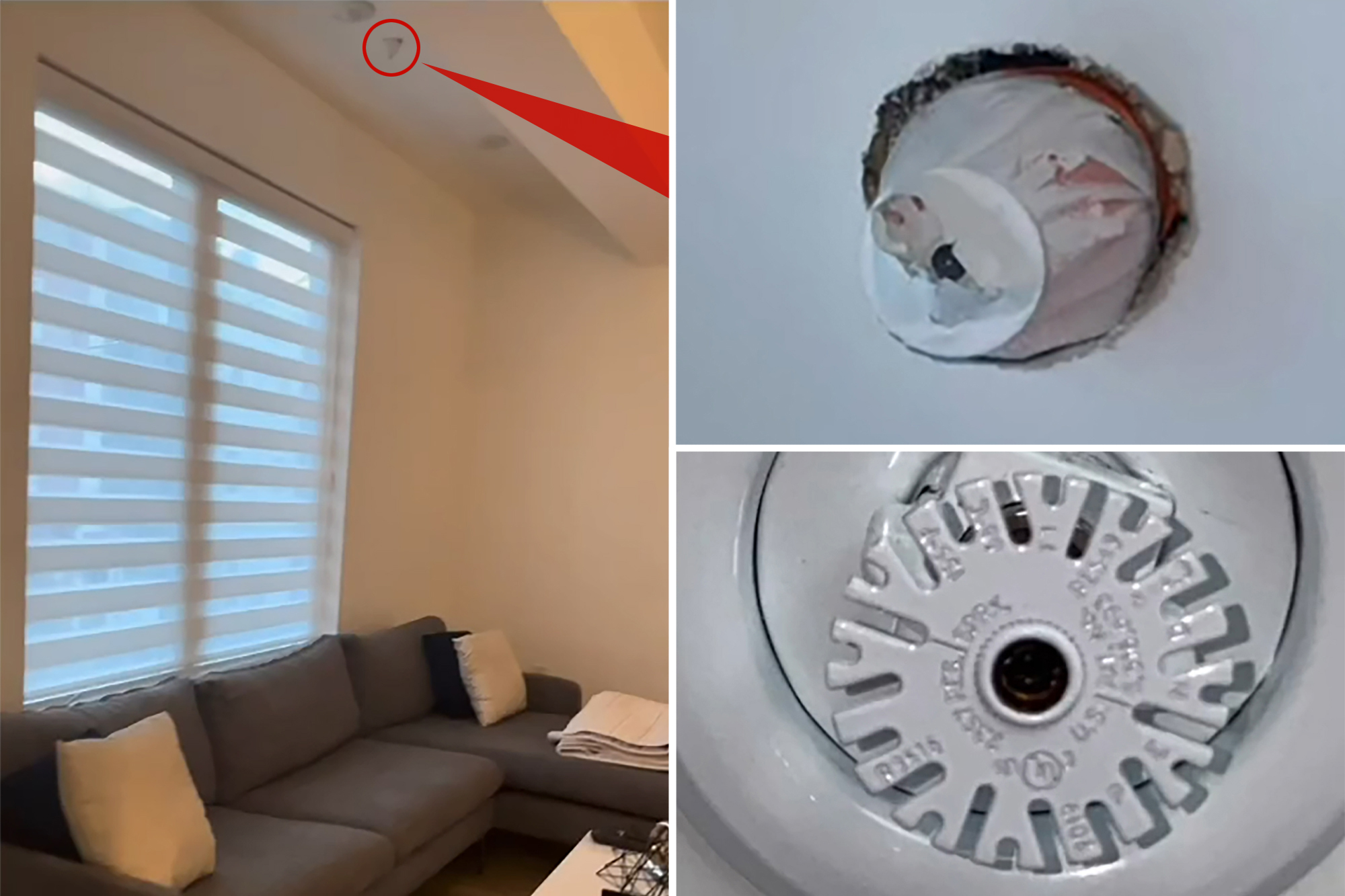 A woman’s creepy claims that she uncovered 10 hidden cameras in a Philadelphia Airbnb have sparked a police investigation and led to a full refund for the rental.

User @foxytaughtyou said in a series of viral tweets that some of the cameras were in the bathroom and bedroom, with some “disguised” as fire-suppression sprinklers.

“We noticed these ‘sprinklers’ CAMERAS were placed in spots to get a perfect view of people,” the user wrote in a post on Saturday that has been retweeted 67,300 times. “Luckily it was a girls trip so I wasn’t having intercourse… but I was naked and had to change in this room.”

The user, who didn’t reply to a message from The Post, said she and a friend used a “flash test,” but many commenters slammed the posts and said there was no evidence in images shared that the sprinklers were anything but real sprinklers.

In a video posted to Twitter and TikTok, the woman said she and a friend booked the room that was listed under a business name and never met or spoke with the owner. After a night out, the pair came back and slept on the couch, then woke up the next morning and saw one of the alleged cameras above them, she said in the video.

The woman said she and a friend used a “flash test” in her claim that the sprinklers were altered.Twitter/@foxytaughtyou

“It was very creepy we were absolutely freaked out when we saw this,” she says in the video. “It seems like they tried to hide it but I don’t know that just looks weird it’s just a hole in the ceiling with a camera. So I don’t know how anyone in the past didn’t notice this camera but we did.”

An Airbnb spokesperson told The Post the company was “providing support” to the guest, including a full refund.

“Our policies strictly prohibit hidden cameras and we take forceful action in the exceptionally rare circumstances where this has been reported, including assisting law enforcement to help them hold criminals accountable,” the spokesperson said. “In this case, our Safety team has suspended this Host and removed this listing from our platform while we thoroughly investigate this report.”

The renter said she and her friends “were absolutely freaked out” over the alleged cameras.Twitter/@foxytaughtyou

A spokesperson for the Philadelphia Police Department told The Post that the Special Victims Unit was aware of the alleged incident and investigating but had no further comment.

“I’m a sprinkler fitter. All sprinkler heads look like that lol,” one user wrote.

The Airbnb user claimed in tweets that some of the cameras in the bathroom and bedroom were “disguised” as fire-suppression sprinklers.Twitter/@foxytaughtyou

Amid the backlash, @foxytaught you said she was waiting for “answers.”

“I’m getting hate messages because I was scared?” she wrote. “Can’t wait to get a letter or something from air bnb so I can post if they were [cameras] or not & delete all this bs off my page lol.”

'Give me a break': Acosta reacts to Trump's NRA speech

Viral video of women being attacked sparks fury in China