Trans kids OK for hormones at 14, surgery at 15: health group 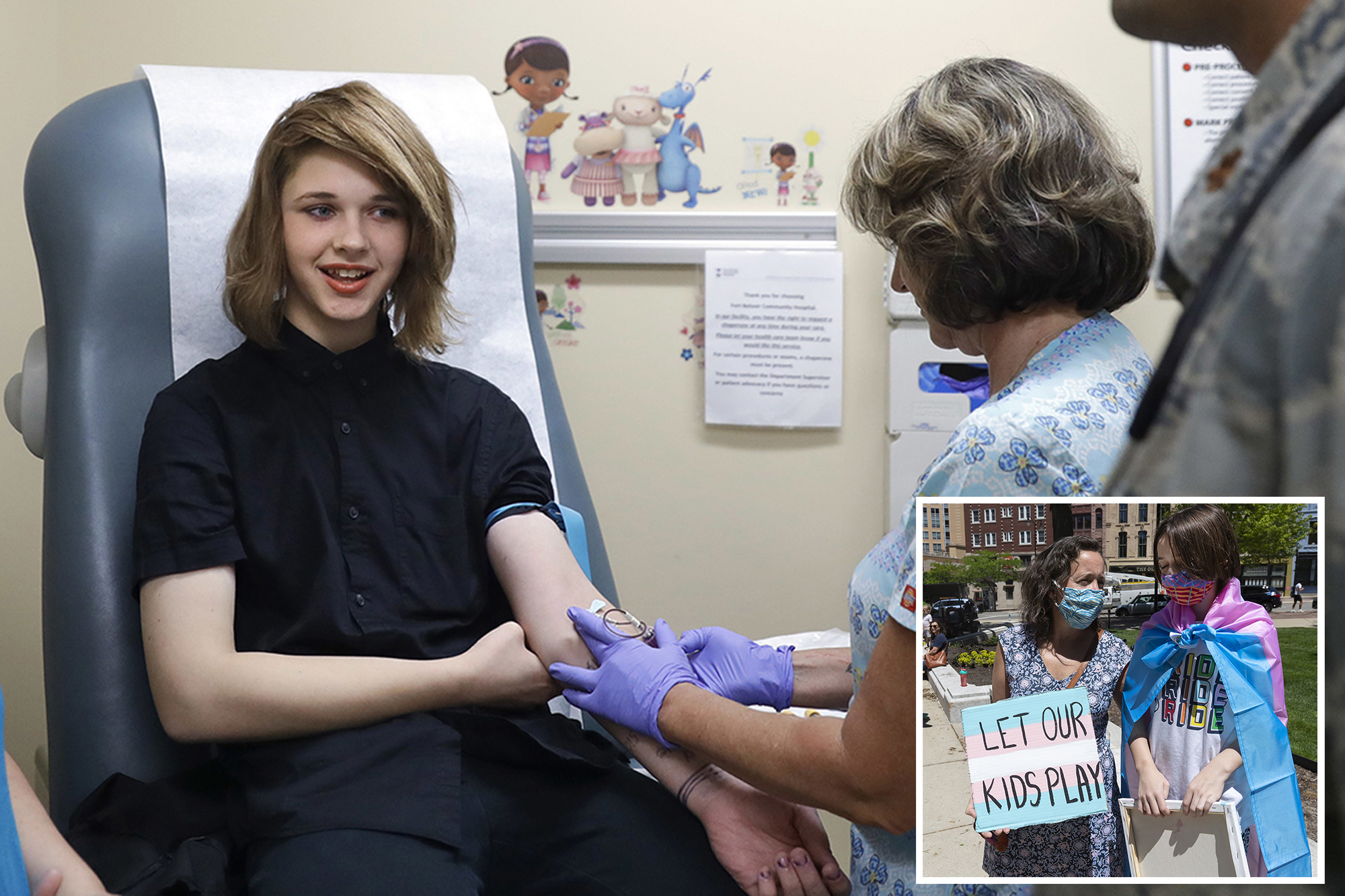 A leading transgender health group has lowered its recommended minimum age for kids to get medical help transitioning — saying hormone therapy can start at 14 and some surgeries at 15.

The World Professional Association for Transgender Health said it was changing its advice on when teens should be able to get treatment because it is unethical and harmful to withhold early treatment.

The changing advice comes as many experts — including a former board member of the group — fear irreversible treatments are already being given to kids who would otherwise outgrow their gender questioning.

The updated advice — set to be published later this year — suggests starting lifelong hormone treatments from the age of 14. Long-term risks can include infertility and weight gain, along with strokes in trans women and high blood pressure in trans men, the guidelines warn.

Trans boys should then be able to get breast removal surgery at the age of 15, around two years younger than previous recommendations.

Genital surgeries — including womb and testicle removal — should be able to start at the age of 17, the group said, a year earlier than its previous guidance.

Puberty blockers could be considered at the earliest stages of puberty, which for girls is around ages 8 to 13 and typically two years later for boys.

The blockers can weaken bones, and starting them too young in children assigned males at birth might impair sexual function in adulthood, although long-term evidence is lacking, experts acknowledge.

“Certainly there are adolescents that do not have the emotional or cognitive maturity to make an informed decision,” Coleman said.

Protestors in support of transgender rights march around the Alabama State House in Montgomery, Ala.Jake Crandall//The Montgomery Advertiser via AP

“That is why we recommend a careful multidisciplinary assessment.”

But the trend to help teens transition has previously sparked dissent in the group.

Transgender Psychologist Erica Anderson, 71, resigned her post as a board member last year after voicing concerns about “sloppy” treatment given to kids without adequate counseling.

She has since warned that tit has “gone too far,” warning that many are making life-changing decisions because it’s “trendy” and pushed on social media.

Anderson, who is still a member of the group, said she supports the updated guidelines, as long as clinics stick to the recommendations for comprehensive assessments before treatment.

But she warned that she has heard from dozens of families who have said that has not happened.

“They tell me horror stories. They tell me, ‘Our child had 20 minutes with the doctor’” before being offered hormones, she said. “The parents leave with their hair on fire.”

Anderson said she’s heard recent estimates suggesting the rate in kids is as high as 1 in 5 — which she strongly disputes. That number likely reflects gender-questioning kids who aren’t good candidates for lifelong medical treatment or permanent physical changes, she said.

Still, Anderson said she condemns politicians who want to punish parents for allowing their kids to receive transgender treatment and those who say treatment should be banned for those under age 18.

Trans kids OK for hormones at 14, surgery at 15: health group

'They can't give us the moment back': Miffed couple rejects Disney's apology

Trump lashes out after Ivanka's testimony about Jan. 6