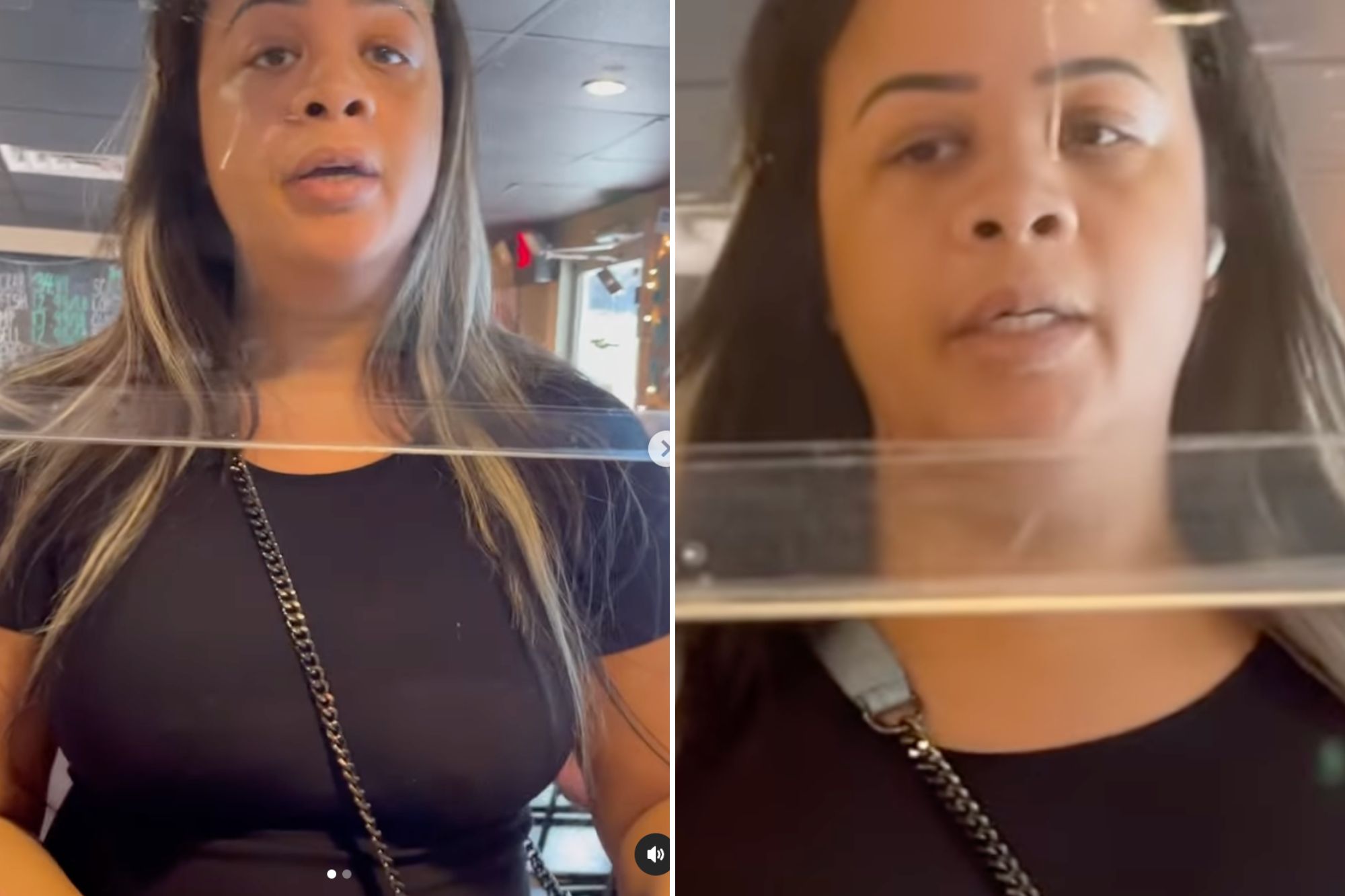 A customer’s racist tirade was caught on camera as she berated workers at a Florida seafood restaurant while demanding a refund in addition to her leftovers to-go.

The startling encounter unfolded at King Cajun Crawfish in Orlando Monday, according to workers at the restaurant.

A woman repeatedly called a worker a “Chinese b—h” and told her to “go back to her country” while complaining about her food, the eatery said, according to a video of the incident.

“She ordered snow crabs and fried shrimp. At the end of the meal to pay, she said the shrimp was spoiled (it wasn’t) and she ate 3. We said sorry we cannot refund it and she started saying racist remarks,” King Cajun Crawfish wrote on its Instagram page.

“We’re gonna make sure you go on Google,” the irate customer said while filming Manager Kristen Nguyen behind the counter, according to cell phone and security video.

“You’re a Chinese b—h, not me,” continued the apparent instigator, clad in jeans and a black t-shirt.

The woman called her server a “Chinese b—h” and told her to “go back to her country.”

Both videos depict the woman hurling racist insults at the worker.

“Okay, I got you on camera calling me that,” Nguyen replied, as she recorded cell phone footage of her own.

“Okay, thank you,” the worker replied.

As the hateful exchange dragged on, the angry customer welcomed the idea of involving authorities.

May is Asian American and Pacific Islander Heritage Month. At OCSO, we are committed to protecting all members of our community. If you need help, don’t hesitate to call 911 or our non-emergency line, 407-836-HELP (4357). #StopAAPIHate #AAPIHeritageMonth pic.twitter.com/oa3GlNFvjO

“Who gives a f–k, b—h? Call the police! What they gonna do? I’ll say it front of them. You’re a Chinese b–h, now what?” she said, growing more irritated.

The customer then taunted the worker with a series of insulting approximations of the Chinese language before getting the food she complained about boxed up in a take-out container.

“Take your a– back to your country. Ching chong,” she said as she left the establishment.

The woman’s hate of Chinese people was actually misdirected towards Nguyen, who was born in the US and is of Vietnamese heritage, according to Orlando Weekly.

Orange County Sheriffs were investigating the outburst, the outlet said. The department had recently started an Asian American and Pacific Islander Liaison program to address the nationwide influx of hate crimes against people of Asian descent during the coronavirus pandemic.

The restaurant identified the woman from her receipt as the proprietor of a local skincare business whose Yelp page was subsequently shut down after being inundated with bad reviews from Web users that were horrified by the racist tantrum.

The Post is not including the name of the woman or her business as alleged by Nguyen.

The restaurant owner, however, said that a different business called Beauty Bar Orlando was being incorrectly targeted by online advocates and stressed that establishment was not connected to the racist rant.

King Cajun Crawfish bills itself as “Orlando’s best + favorite seafood restaurant.” It was founded by Nguyen after she relocated to Florida from Bogalusa, Louisiana following Hurricane Katrina, according to its website.

Woman Loses Custody Of Daughter To Her Alleged Rapist, Has To Pay Child Support

Woman Loses Custody Of Daughter To Her Alleged Rapist, Has To Pay Child Support