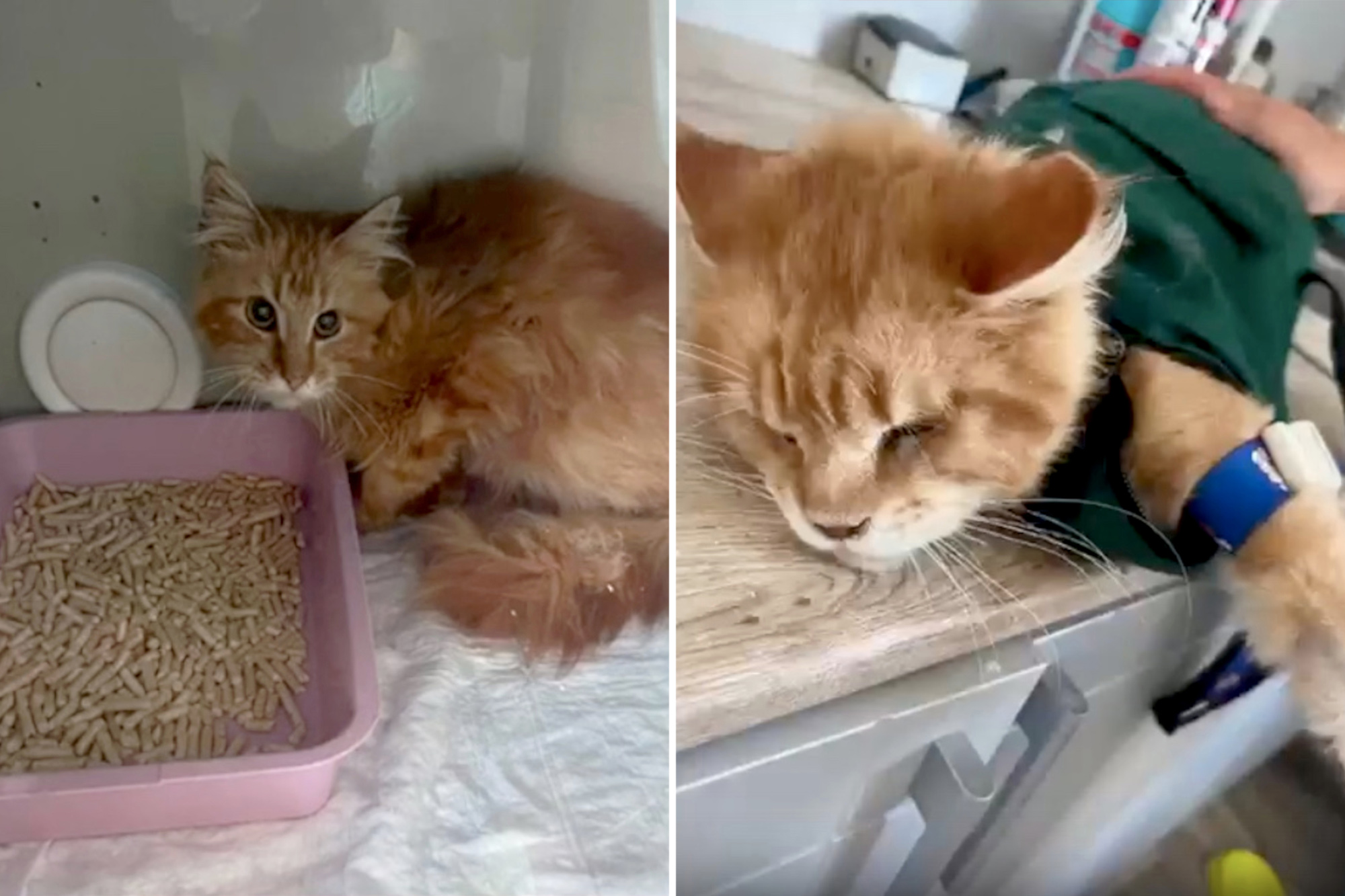 A woman was eaten by her 20 cats after she collapsed at her home and was not discovered by cops for two weeks.

Police were horrified when they discovered the partially eaten remains of the woman – who has not been named – after receiving a call from a concerned co-worker.

The woman was a cat breeder who kept the 20 giant Maine Coon pedigree cats in her home.

Cops were alerted by one of her employees who said she could not contact her boss.

Inside her home, police found her partially eaten body surrounded by the hungry cats.

Police believe she had been dead for two weeks as they probed her decomposing remains.

She was found at the property in Bataysk, Rostov region, Russia.

“The cats were left alone on their own for two weeks, there was no food, so what else to eat?” said one animal rescue expert who cared for some of the surviving cats.

“It’s understandable right? They ate what there was.”

And some of the healthier cats have now been rehomed to new owners for just £29 each.

The 20 pedigree cats survived after eating the body of their owner.Instagram/@kotocafe_kotedzh

It is not known, reports local media, whether their new owners were told of their taste for human flesh.

Maine Coon cats are noted for their large size and originated in the US state of Maine.

“The cats were left alone on their own for two weeks, there was no food, so what else to eat?” said one animal rescue expert who cared for some of the surviving cats.Instagram/@kotocafe_kotedzh

It is normally known for its passive nature and is often known as “the gentle giant”.

Studies have found that cat owners who die at home risk being eaten alive by their hungry moggies.

Scientists made the shocking find after two cats broke into their research centre to feast on decomposing corpses in Colorado, US.

Inside the woman’s home, police found her partially eaten body surrounded by the hungry cats.Instagram/@kotocafe_kotedzh

The pair repeatedly came back to the bodies over several weeks, showing a “taste for arm tissues” as well as for flesh around the chest and shoulders.

Strangely, each feline found a cadaver they liked and stuck with it, choosing to munch on just the one corpse rather than dine on a selection.

“The main theory is that cats are picky eaters,” said scientist Sara Garcia, an author of a new study on the case.

The cats were rescued after their owner’s body was discovered. Instagram/@kotocafe_kotedzh

“Once they find a food that they like, they’ll stick with it.”

Stories of people living alone who are devoured by their starving cats after they die have been doing the rounds for years.

In 2013, a woman who died in her home near Southampton had entire body parts eaten by her three ginger tabby cats.

Cops were alerted by one of the cat owner’s employees who said she could not contact her boss.@kotocafe_kotedzh/Newsflash

One American man in his early thirties was found days after his death with his head, neck, and part of his arm completely defleshed by his ten pet cats, according to scientists.

Despite multiple recorded cases, no one had managed to study the practice scientifically until the study in 2020.

The research was published in the Journal of Forensic Sciences.

This story originally appeared on The Sun and was reproduced here with permission.

A woman who asked Steve Irwin’s son for his number in a viral TikTok was ‘rejected in the sweetest way possible,’ she said

A woman who asked Steve Irwin’s son for his number in a viral TikTok was ‘rejected in the sweetest way possible,’ she said