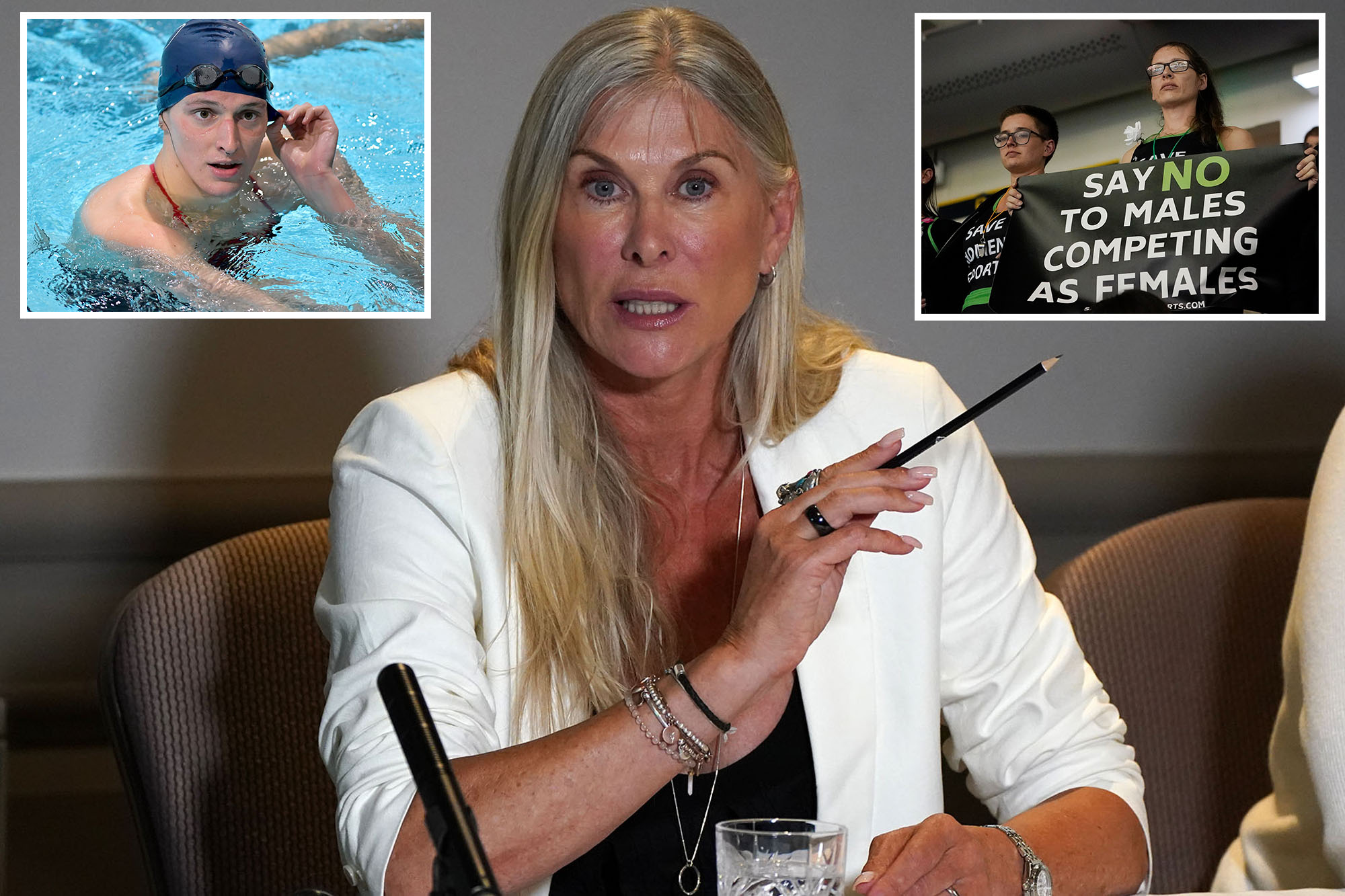 Davies, 59, who won Olympic silver at the 1980 Games and has emerged as a vocal critic of allowing trans women to take part in female athletic events, applauded FINA’s stunning decision Sunday.

“I can’t tell you how proud I am of my sport, FINA and the FINA president for doing the science, asking the athletes/coaches and standing up for fair sport for females,” she tweeted after the governing body’s vote to restrict the participation of transgender athletes in elite women’s races.

“Swimming will always welcome everyone no matter how you identify but fairness is the cornerstone of sport.”

But according to Davies, more work remains to be done to level the playing field in other sports as well, especially cycling.

Last week, the sport’s governing body, the Union Cycliste Internationale (UCI), unveiled stricter rules for trans female athletes by doubling the period of time before a rider transitioning from male to female can compete from 12 to 24 months based on testosterones levels.

The organization cited in its controversial ruling recent recent studies indicating that it takes a minimum of two years for muscle mass and strength to adapt to “female levels” in people undergoing a male-to-female transition.

But the UCI admitted that it may not be possible “to eliminate all individual advantages” held by trans cyclists.

“I think what cycling has done is disgraceful,” Davies told Daily Mail Sports. “They have basically said they are happy for female athletes to compete with a disadvantage. I’m afraid that is not acceptable in a world where we don’t believe in sex discrimination.”

British transgender rider Emily Bridges, who began transitioning last year and was blocked by the UCI from competing at an elite championship in April, pushed back against the decision, arguing that it is wrong to believe she would have any advantage over her cis-gender rivals, according to The Guardian.

The debate over transgender athletes reached a fever pitch in March, when University of Pennsylvania swimmer Lia Thomas made history by becoming the first transgender NCAA champion in Division I.

Thomas has expressed a desire to compete for a spot at the Olympics in 2024 but the new FINA rule would block her participation from the Paris Games, or any other elite races.

FINA’s decision — the toughest by any Olympic sports body to date — was made during its extraordinary general congress in Budapest after members heard a report from a transgender task force comprising leading medical, legal and sports figures.

The new eligibility rules for elite competitions state that male-to-female transgender athletes are eligible to compete only if they have transitioned before age 12 and have not experienced any part of male puberty.

The policy was passed with about 71% majority after it was put to the members of 152 national federations with voting rights at the congress.

FINA also will create a working group to establish an “open” category for trans athletes in some events.

The debate over transgender athletes reached a fever pitch in March, when University of Pennsylvania swimmer Lia Thomas made history.AP Photo/Josh Reynolds, File

“We have to protect the rights of our athletes to compete, but we also have to protect competitive fairness at our events, especially the women’s category at FINA competitions,” said FINA President Husain Al-Musallam.

“FINA will always welcome every athlete. The creation of an open category will mean that everybody has the opportunity to compete at an elite level. This has not been done before, so FINA will need to lead the way. I want all athletes to feel included in being able to develop ideas during this process.”

Athlete Ally, an advocacy group for LGBTQI+ people in sport, condemned FINA’s decision.
“FINA’s new eligibility criteria for transgender athletes and athletes with intersex variations is discriminatory, harmful, unscientific and not in line with the 2021 IOC principles. If we truly want to protect women’s sports, we must include all women,” they tweeted.