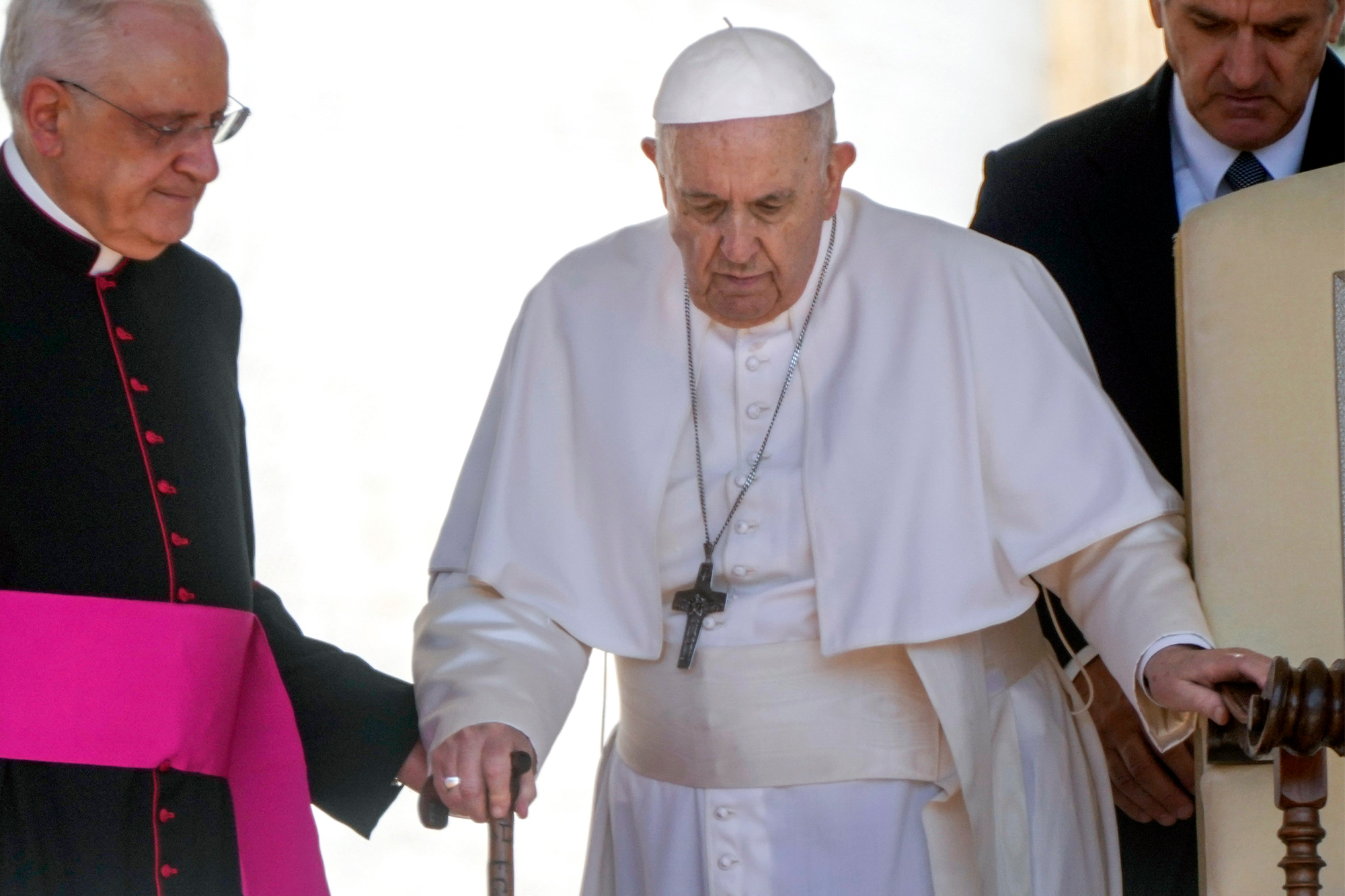 Pope Francis’ recent health struggles, worsening mobility issues and canceled events have fueled rumors that the head of the Catholic Church is about to follow his predecessor into early retirement.

Francis, born Jorge Mario Bergoglio, was elected to the papacy in March 2013, after Pope Benedict XVI stepped down at age 85, becoming the first pontiff to do so since Gregory XII in 1415.

Now, some Vatican observers believe that the 85-year-old Francis could become the second — although the pope’s adviser has brushed off the chatter.

The Holy See so far has given no indications that the pontiff intends to give up the throne of St. Peter, rather than die in office — as has been the custom for the vast majority of the bishops of Rome.

Still, speculations about a possible resignation have been swirling for months.

Last July, the Argentine-born pope had the left part of his colon removed during a three-hour surgery because his bowel had narrowed.

Pope Francis’ recent health issues and declining mobility have led to rumors that he plans to retire.AP Photo/Gregorio Borgia, File

Since then, his health has been in apparent decline, and for the past month Francis has been getting around in a wheelchair, or with the aid of a cane, because of knee pain.

The octogenarian prelate reportedly does not want to undergo surgery on his knee — and was quoted as telling bishops in May: “Rather than operate, I’ll resign.”

Francis has been open about his struggles, saying in his general audience address last week that the elderly must accept their physical limitations.

“When we are old, we cannot do the same things we did when we were young: The body has another pace, and we must listen to the body and accept its limits,” he said. “We all have them. I too have to use a walking stick now.”

Pope Francis is pushed in a wheelchair at a Vatican event on June 18, 2022. Vatican Media/IPA via ZUMA Press

The bishop of Rome also suffers from sciatica, which caused him to limp even before the issue with the knee arose.

A week before the pontiff’s remarks on old age, the Vatican canceled a planned July trip to Africa, citing his health problems.

The rumor mill surrounding Francis’ possible retirement went into overdrive when he scheduled a meeting of cardinals in L’Aquila in central Italy for late August.

The occasion will mark what is known as the “Feast of Forgiveness,” which was established by Pope Celestine V in 1294 — the same year the 13th-century pontiff resigned from the Holy See.

The celebrations will commence Aug. 28 — a day after Francis is scheduled to appoint 21 new cardinals, who will be eligible to vote in a conclave if he decides to walk away from the papacy.

Popes are chosen by the College of Cardinals, who get called to the Vatican for a meeting, followed by the papal election, or conclave.

Before Francis’ predecessor, Benedict XVI, shocked the world by announcing his retirement in 2013 after eight years in power, he visited Celestine’s grave at the Basilica of Santa Maria di Collemaggio in L’Aquila.

Benedict, who became known as “pope emeritus” after his resignation, continues to reside in Vatican City. At age 95, he is the longest-lived person to have held the office of pope.