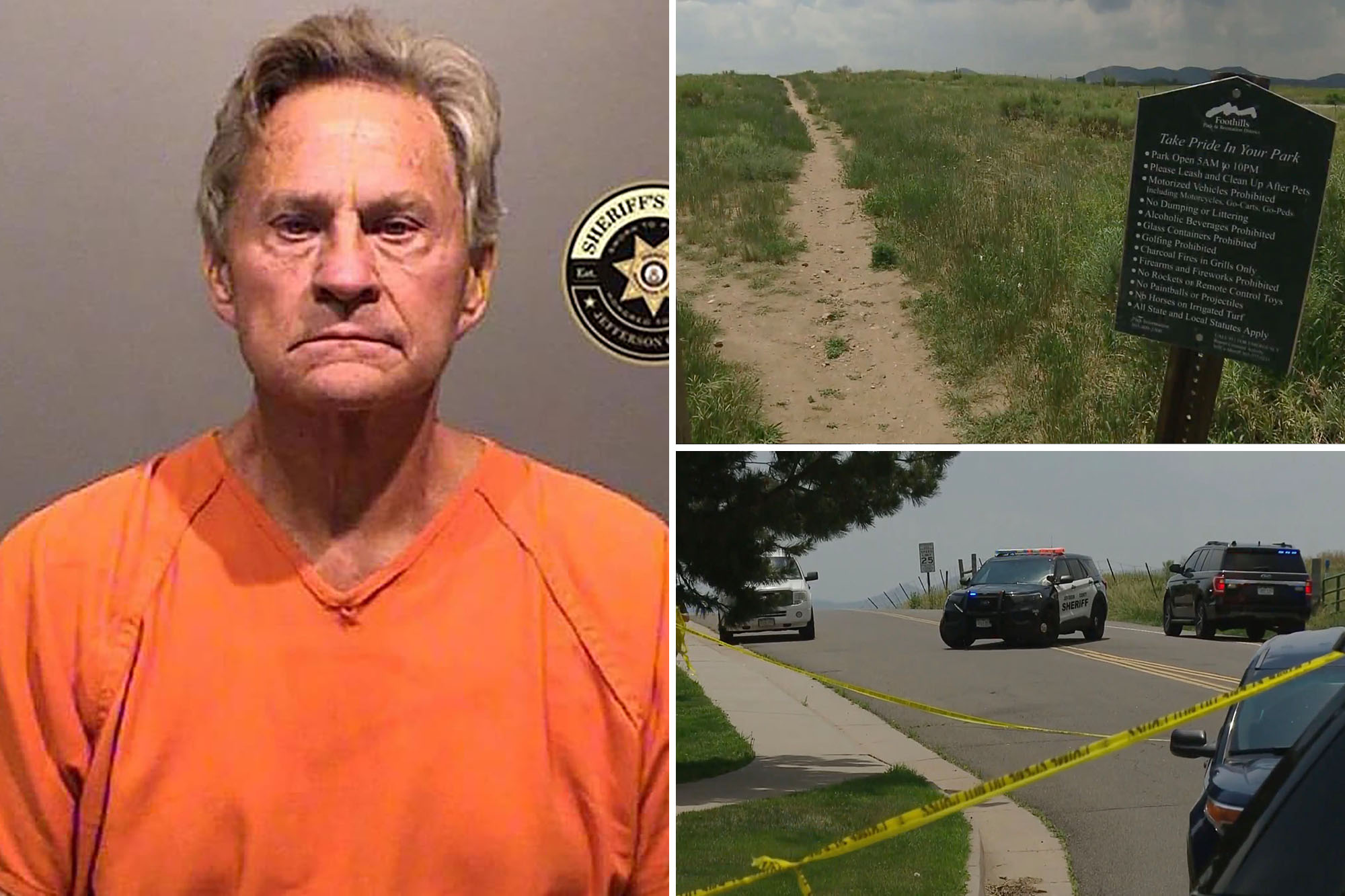 A 73-year-old high-end real estate agent kidnapped a couple on a Colorado hiking trail and put a nylon leash on the woman, whom he had a history of harassing, authorities say.

Kerry Endsley, who has sold upscale homes in Denver’s suburbs for Sotheby’s and Compass, is now facing charges of kidnapping, menacing and violating a restraining order in Friday’s attack on a trail near a golf course in Lakewood, according to the Jefferson County Sheriff’s Office.

Another man called 911 to report seeing two hikers being held at gunpoint by an assailant later identified as Endsley, who had confronted the husband and wife after kneeling down and pretending to tie his shoe, deputies said.

“As they walked [past] him, he confronted them with a handgun,” sheriff officials said in a statement. “The suspect ordered the female to the ground and put a nylon leash around her neck.”

Endsley, who had disguised himself, had a history of harassing the woman. She had previously obtained a restraining order against the real-estate agent, deputies said.

The suspect allegedly ordered the husband and wife to “come with him,” but the husband managed to wrestle away a gun, authorities said.

The couple then ran off and met responding deputies, who confronted Endsley at gunpoint. He then pulled a stun gun from his waistband and took aim at cops, who fired but missed the real-estate agent.

A second deputy then fired his Taser at Endsley, who was taken to a hospital after complaining of injuries from the stun gun, deputies said.

The kidnapped couple were not hurt.

Kerry Endsley allegedly kidnapped the couple Friday on a hiking trail near a golf course in Lakewood, Colorado, putting a leash on the woman he had a history of harassing.KCNC-TV

An eyewitness called 911 to report seeing the two victims being held at gunpoint.KCNC-TV

Endsley remains held on $500,000 bond at the Jefferson County Jail. He has a court date set for Friday, records show. It’s unclear if he he’s hired a lawyer who could comment on his behalf.

Endsley was on probation after pleading guilty to harassment regarding an incident in September 2021, KUSA reported.

The real-estate agent was trying to get the woman in Friday’s attack to “drop charges” against one of his relatives, a Jefferson County Sheriff’s Office spokeswoman told the Daily Mail.

The spokeswoman declined to identify the relative or if the case had been resolved but said the victim still has a restraining order prohibiting Endsley from contacting her.

Endsley’s Compass real-estate profile was no longer active Tuesday, while Sotheby’s in Denver confirmed he had worked there but refused to discuss his arrest, according to the Daily Mail.

Who will pay for North Korea's hotel bill?