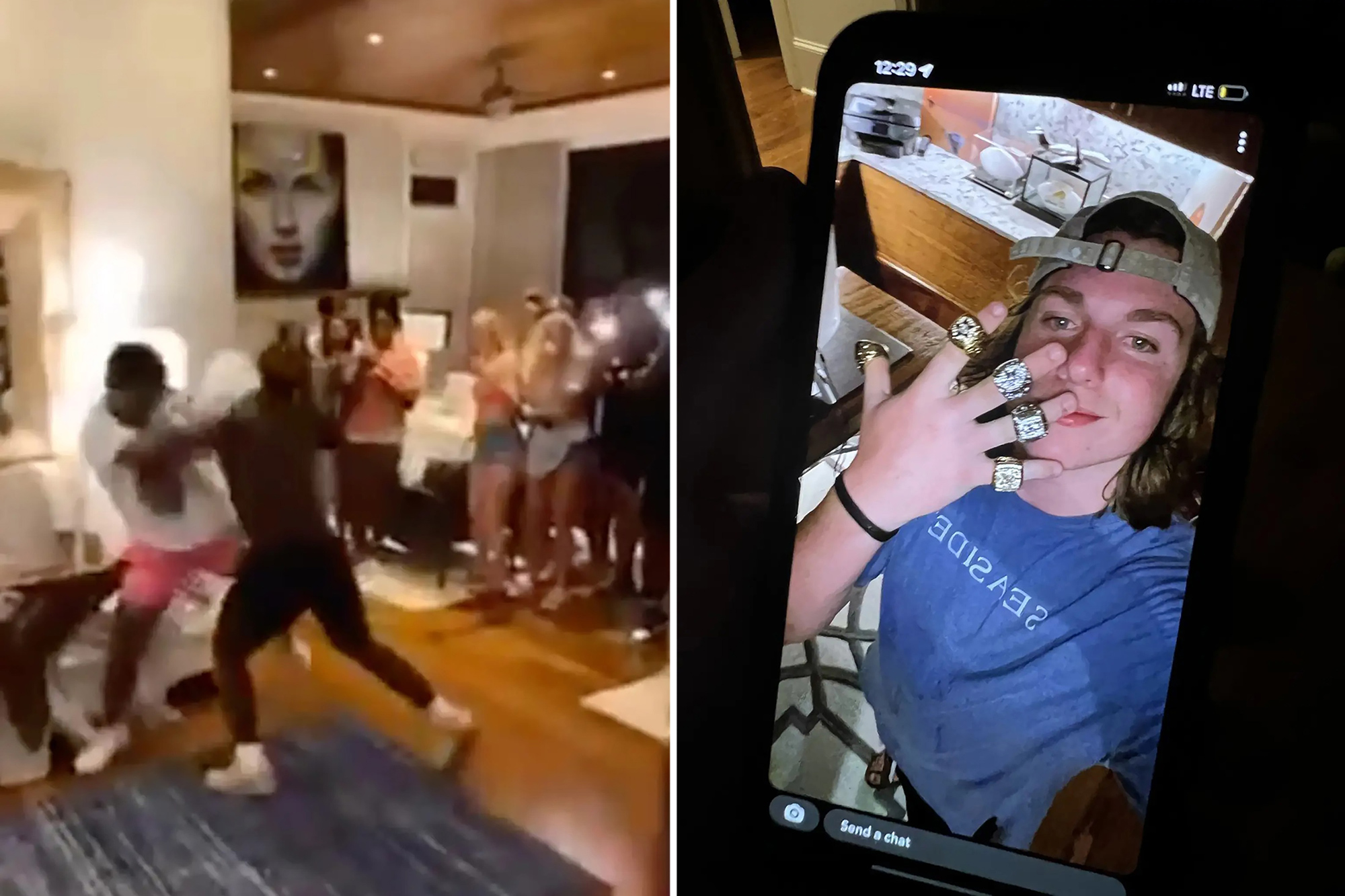 The owner of an $8 million Florida mansion that was ransacked by a group of invading teens during a wild Saturday night bash wants them prosecuted to the fullest extent of the law.

“All of it,” she told The Post. “Criminally. Civilly. All of it. Their parents should hold them accountable. If they don’t, we will.”

The incensed victim, who lives in the Watercolor, Fla., home with her husband and two small kids, said her family was out of town when cops called to ask if she was aware of a party in progress in her home.

Authorities first began investigating the situation after receiving suspicious 911 hang up call from the address, she said.

“I was just shocked,” she recalled of her initial reaction. “It was a feeling of disgust that these kids would do that. We’ve lived in the community for six years, we raised kids here.”

A group of Florida teens ransacked a mansion while the owners were away.Walton County Sheriff’s Office

The teens stole luxury items, including an expensive bottle of wine and a Peyton Manning-signed football.Walton County Sheriff’s Office

The illicit revelers ransacked the house while blasting music, boozing and even setting up boxing matches in the living room.

Cops said they also made off with a trove of luxury goods and tried on clothing they found while rifling through closets and drawers.

She said the haul included a signed Peyton Manning football and a bottle of wine worth about $1,500.

The homeowner theorized that the intruders saw that the house was up for sale and targeted it for their rager.

Neighbors of the house cleaned up the mess caused by the partiers.Walton County Sheriff’s Office

“They could easily see that people were living there,” she said, adding that she was stunned by their willingness to post footage of the throwdown to social media and that the videos turned her stomach.

The mom said she has two older kids who don’t live in the home and didn’t recognize any of the partiers featured in the footage.

She said friends and neighbors kindly cleaned up the chaotic aftermath of the party before she arrived home. They had collected ten bags of trash in the process.

They also changed the sheets because all the beds in the home had been inhabited by sampled at some point, the woman noted.

“The community is just outraged,” she said. “I don’t know how these kids thought they could just walk in to someone’s home and do this. We are not going to stand for it.”

'I wasn't in control': Trump supporter explains how he fell for election lies

94% of women executives have this in common