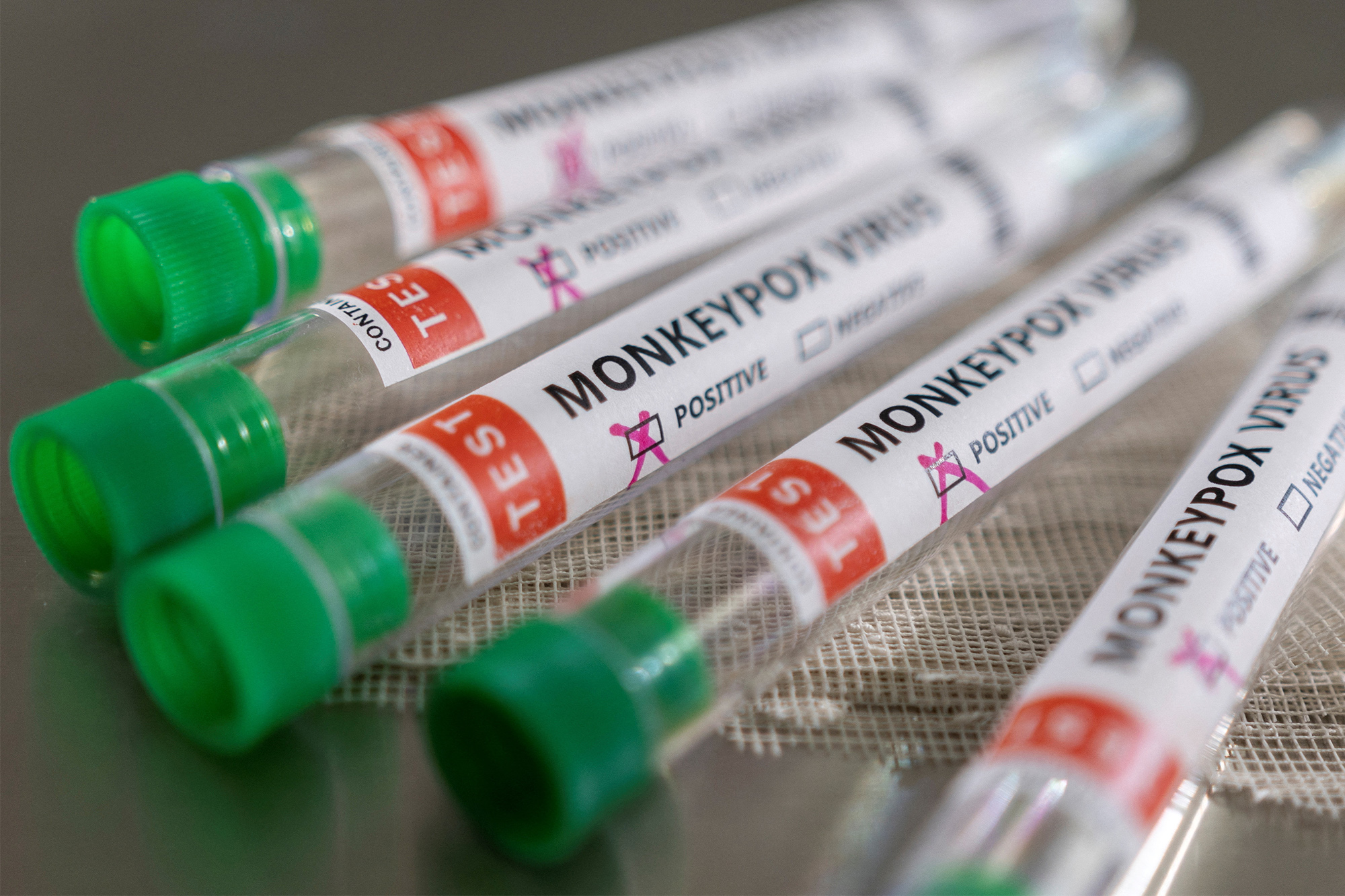 Monkeypox cases are on the rise in cities across the US, including New York — but experts claim that local health departments are not equipped to handle the large demand for tests.

The Biden Administration announced this week that tests for the virus will be shipped to commercial laboratories in a scramble to expand testing and speed up diagnoses as confirmed cases nationwide hit 152 as of Wednesday, according to the Centers for Disease Control and Prevention.

But those labs won’t be up and running for monkeypox testing until July — leaving 67 laboratories in 48 states with a bandwidth of just 8,000 tests nationwide per week.

“What I have heard from a number of people who work on gay health issues, who have friends and friends of friends who have relayed multiple stories of people who have attempted to get tested and been unable to get tested,” Cornell University epidemiologist Dr. Jay Varma told The Post.

Varma, who helped orchestrate the Big Apple’s COVID mitigation and vaccine rollout strategies, has taken to Twitter with his frustrations.

“Unbelievable that @CDCgov repeating same #COVID19 mistakes with #monkeypox: 1/duly warned by events in Europe, 2/still under-estimate transmission, 3/gate-keep testing so that it rarely happens,” he wrote. “1st rule of outbreak control is over-react first…or fall behind & don’t catch up.”

The are currently only 67 labs across the country that can test for monkeypox.REUTERS/Dado Ruvic/Illustration/File Photo

Dean Blumberg, chief of pediatric infectious diseases at UC Davis, said he believed the monkeypox response had been better than COVID-19 but more testing was still needed so that contact tracing could be done and the spread limited.

“Once you do that contact tracing, once you find people who are at risk, you can have a very low threshold for testing and you can make sure that people can be educated in ways that they can limit transmission to others,” Blumberg told The Post.

In New York City, the Department Health and Mental Hygiene can run just 20 tests a day, officials said. Authorities have detected 30 probable cases as of Thursday, with more than a dozen in the last two weeks across, but officials are unable to say how many New Yorkers are unable to get the needed testing for a confirmed diagnosis.

Major urban centers reported only a handful of sites to conduct tests, with only one in Philadelphia, where there are two confirmed cases, and three in Chicago, where there have been 23 cases, including 19 in the past two weeks, local officials said.

An example of monkeypox rash lesions on an infected person.Photo by HANDOUT/UK Health Security Agency/AFP via Getty Images

Monkeypox can infect anyone but a number of the cases in the US and Europe have been found in gay men, leading health officials to push to raise awareness in the community even as tests remain scarce and only people who meet strict criteria like having lesions can even get tested.

One New Yorker who spoke to The Post on the condition of anonymity said he spent an entire week trying to get tested for the emerging virus — and then had to wait three days to hear he had tested positive.

“The providers were good, but they were constrained by what was written in the [CDC] guidelines,” the patient told The Post. “The guidelines for testing are very restrictive. At one point, the possibility of cancer was floated off-handedly. I was like, well, I don’t think cancer appears overnight in several places.”

At first, he didn’t have lesions but he claimed doctors at one of the city’s major university emergency departments still declined to give him a test when the painful lesions did appear on Saturday. He was finally tested Monday, with results only coming in on Thursday, he said.

A health department spokesman denied anyone showing lesions or a rash had been turned away from a test, but couldn’t say how many people seeking a test had been denied. Several city health departments declined to release testing data and referred questions on capacity to the CDC.

New York’s health department unexpectedly made the JYNNEOS vaccine available to adult men who have had sex with other men or “multiple anonymous sex partners” in the last two weeks. But the website to book appointments showed no slots available and after news of the vaccine spread through word-of-mouth dozens lined up at the sole location in Chelsea offering the vaccine.

The wait reached two hours, according to social media posts, and officials had to turn those without appointments away.

There were no appointments available through Monday, according to a health department statement Thursday.

“The demand we’re seeing today is further proof of how proactive the LGBTQ+ community – and all New Yorkers – are when it comes to their health and seeking healthcare,” the statement said.

“We hope to make more appointments available soon. We are in talks with the CDC to obtain more doses and are looking into how we can boost our capacity citywide.”

Trump lashes out at January 6 hearings