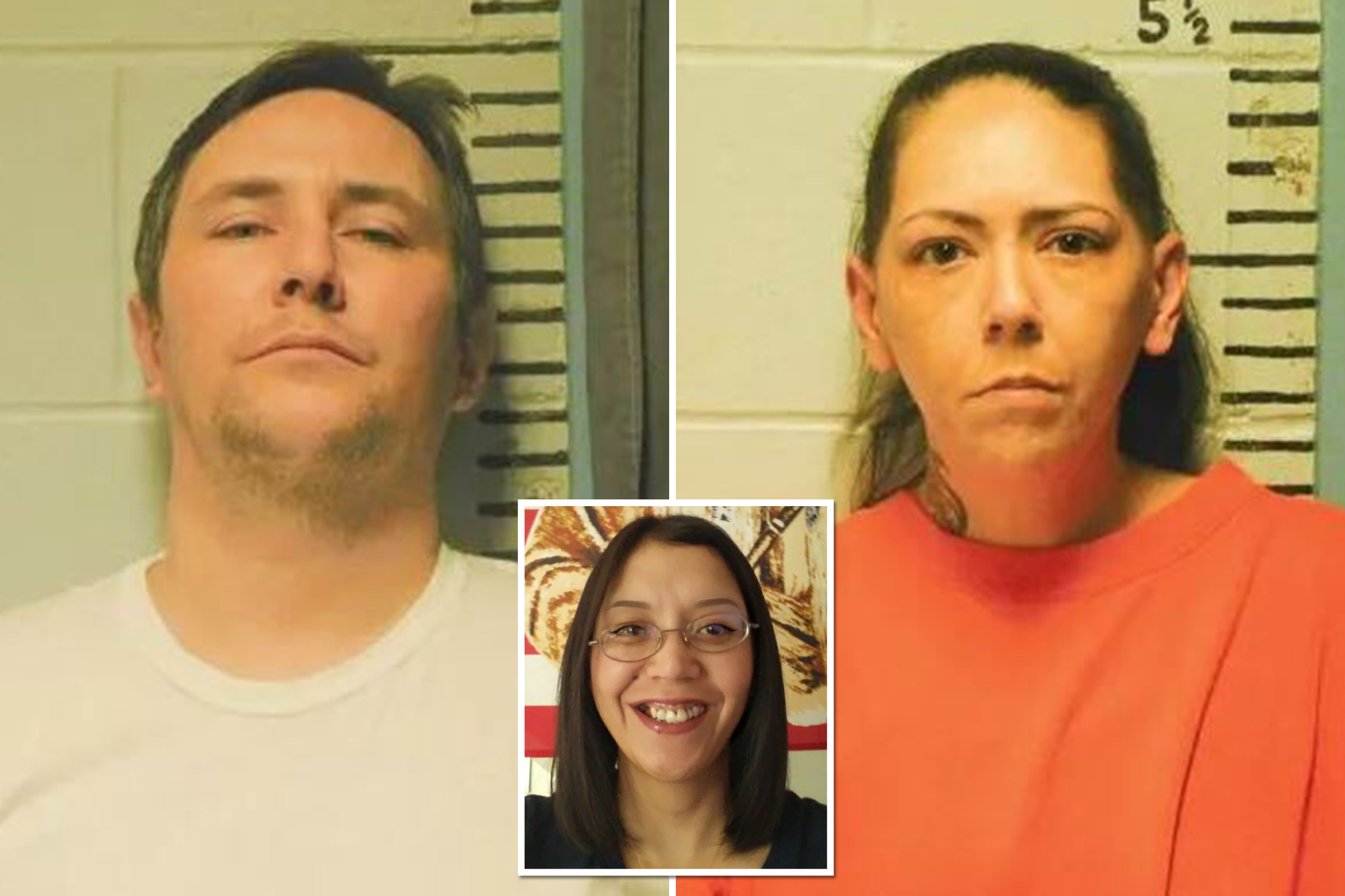 A Maine woman was stabbed 484 times during a frenzied attack that police said was carried out by a pair looking to steal Xanax pills and cash from her.

Kimberly Neptune, 43, of Perry, had hundreds of wounds on her legs, stomach, neck and head when her bloodied body was discovered by her brother wrapped in a blanket in April, State Police Detective Lawrence Anderson wrote in an affidavit that was unsealed Wednesday and obtained by Bangor Daily News.

Donnell Dana, 39, and Kailie Brackett, 38, were both charged with murder on April 29, more than a week after Neptune’s brutal killing.

Dana had previously lived with Neptune, but moved out of her home in 2021. He and Brackett have a young child together.

The police affidavit alleged that Brackett had accused Neptune of stealing money, and that Dana and Brackett planned to rob her of 300 Xanax pills and cash.

Kailie Brackett, 38, allegedly told a witness after the murder that “Kim put up a good fight.” Washington County Jail

“Brackett was talking to anyone who would listen to her,” the affidavit reportedly said.

A day after Neptune’s killing, Brackett allegedly told a witness about the deadly attack.

According to the affidavit, Brackett told the witness that she called Neptune on April 20 and arranged to meet the following night.

When Brackett and Dana showed up together at Neptune’s apartment, the man allegedly charged the victim, while the woman proceeded to ransack her apartment in search of drugs, cash and jewelry.

An autopsy showed that Neptune sustained wounds on her legs, stomach, neck and head, and was then wrapped in a blanket and left to die. Facebook/Kimberly Neptune

Brackett was quoted as telling the witness that “Kim put up a good fight,” while Dana was said to have told the same person that his altercation with the victim “got out of control.”

Shortly after 8:10 p.m. April 21, a relative of Neptune’s called police, asking for a welfare check on her.

Officers who responded to her apartment on Thunder Road in Perry found the woman dead.

Police at the time released screenshots from a neighbor’s surveillance video showing a person dressed in all black walking by the crime scene. That person was later identified as Brackett.

Brackett and Dana were being held without bond at the Washington County jail Friday.

Neptune was a member of the Passamaquoddy Tribe who worked as a seasonal housekeeper. According to her obituary, she is survived by multiple siblings, nieces and nephews.

“Kim was also known for her big heart and gentle soul and her willingness to help out anyone she knew showed her love and compassion for others,” the obituary stated.

We women don’t need Roe v. Wade. We can choose not to get pregnant in the first place

Mom who sought abortion dies. See her chilling texts hours before her death

We women don’t need Roe v. Wade. We can choose not to get pregnant in the first place