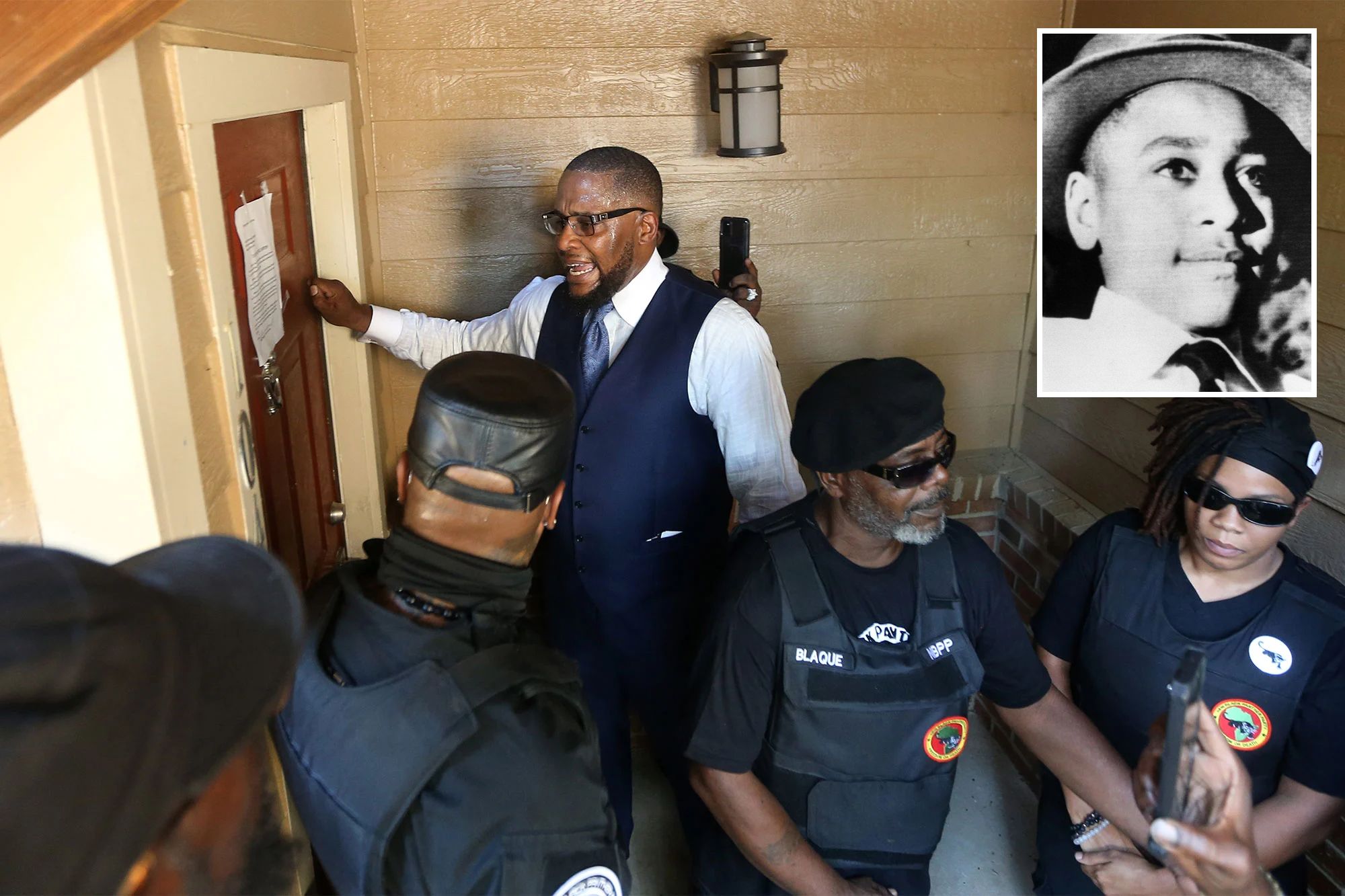 Dozens of protesters searched for the woman accused of sparking Emmett Till’s lynching, including some who even entered a Raleigh senior living center after a decades-old arrest warrant was found last week in the case.

Demonstrators on Wednesday wanted a face-to-face with Carolyn Bryant Donham, now in her 80’s and living in North Carolina, according to WRAL. Till’s family and supporters are making a renewed push for her arrest after the 70-year-old warrant against her was found in the basement of a Mississippi courthouse last week.

Donham, who is white, was accused of claiming Till, who was black, made improper advances and obscene comments while she worked the register at her family’s Mississippi store in August 1955. Till allegedly whistled at her, an action that violated a racist code of behavior in the Jim Crow South.

Donham then told her husband about the alleged encounter.

Two nights later, husband Roy Bryant and his half-brother kidnapped Till, 14, and then beat him, shot him and threw his body into a river. The two men were acquitted at trial.

Decades later, protesters want to see Donham turn herself in.

First, the group went to a north Raleigh apartment, which they thought was her last known address, WRAL reported.

Then they descended on a senior living facility with one protester reportedly saying, “Time to face your demons. Come on out.”

Some demonstrators even went inside as bewildered residents watched, WRAL reported. Local police showed up minutes later and the center was placed on a brief lockdown, the outlet reported.

Emmet Till was wrongly accused of improper advances and obscene comments towards Carolyn Bryant Donham in 1955. At 14, he was murdered for these accusations.Bettmann Archive

“I do understand that Ms. Bryant is in her mid- to late-80s, but understandably, this is a crime she committed when she was 22. Sixty years later, it’s time for her to be held accountable,” one protester told WRAL.

The warrant was reported back then it was issued, but never served with a local Mississippi sheriff telling reporters he didn’t want to bother her as the mother of two young children.

“You cannot ignore this. That is the reason why the warrant needs to be served, and it will help create change,” said Till’s cousin Priscilla Sterling told WRAL. “If this is what’s needed to do for us to change our mindset, our behaviors and attitudes in the society, then this will do it. This will do it. Execute the warrant.”

The Justice Department closed an earlier investigation into the case last December with no charges filed.

Demonstrators will keep looking for Donham, according to WRAL.

“Right now, we’re in negotiation mode … trying to put pressure on Mississippi to make sure they execute that warrant so she can be taken from Raleigh to Mississippi,” another protester reportedly said.