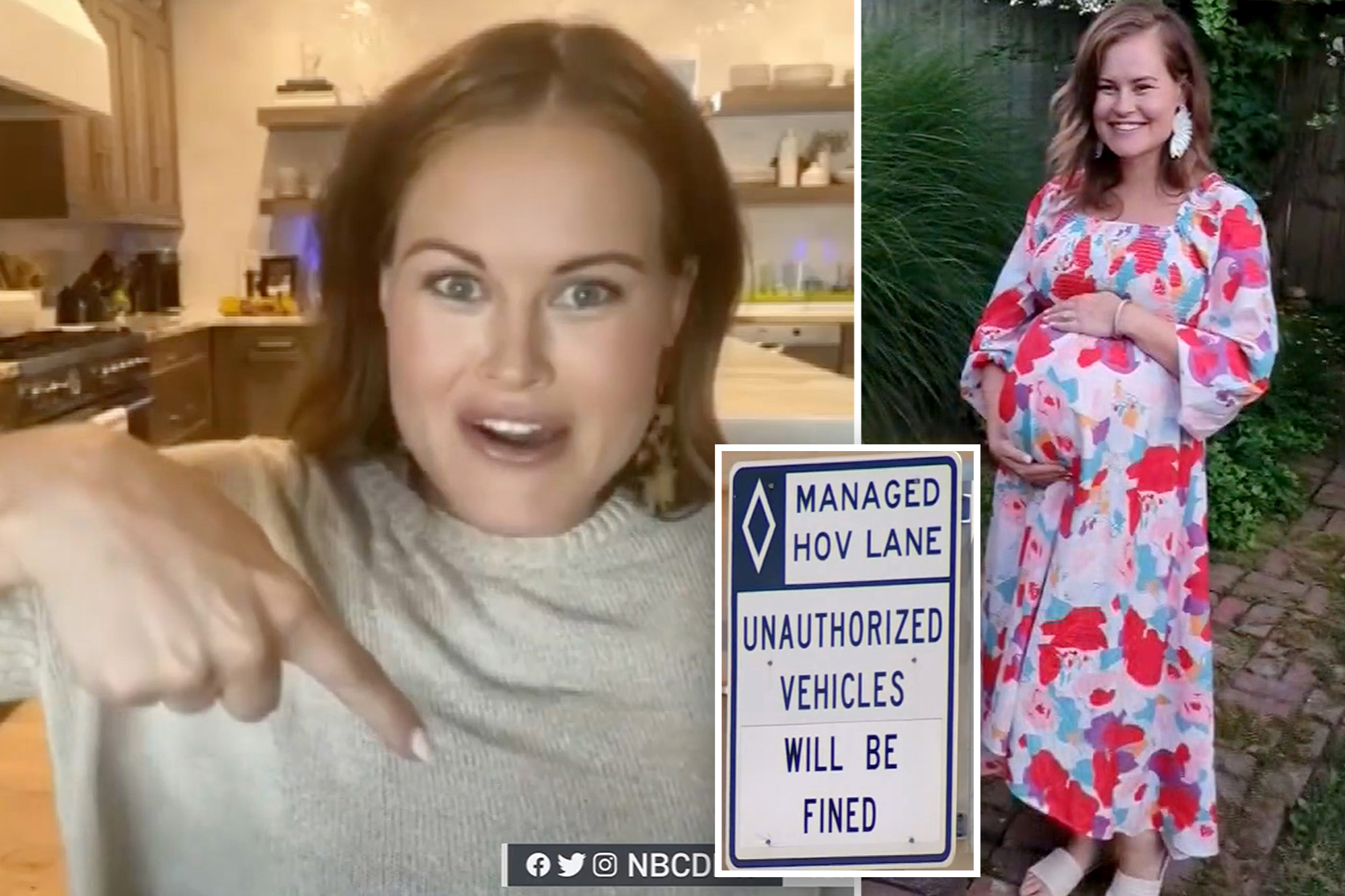 A pregnant Texas woman who was given a traffic ticket for driving solo in an HOV lane intends to fight the citation, arguing her fetus should be considered a separate person given the Lone Star State’s views on abortion.

Mother-to-be Brandy Bottone, 34, told the Dallas Morning News she was given the ticket on June 29 after being pulled over by police while driving on a highway near the city.

“I was driving to pick up my son. I knew I couldn’t be a minute late, so I took the HOV lane,” she told the newspaper. “As I exited the HOV, there was a checkpoint at the end of the exit. I slammed on my brakes, and I was pulled over by police.”

The cop asked her if she had a passenger with her, and she responded that, in fact, she did.

“I pointed to my stomach and said, ‘My baby girl is right here. She is a person,’” Bottone, of Plano, told the newspaper.

Bottone then mentioned the recent Supreme Court ruling that overturned the constitutional right to an abortion – but was dismissed by one of the officers, she said.

Bottone told a cop that her unborn daughter is her second passenger.Brandy Bottone via Dallas Morning News

The police officer insisted the second passenger must be outside of her body.NBC DFW

“One officer kind of brushed me off when I mentioned this is a living child, according to everything that’s going on with the overturning of Roe v. Wade. ‘So I don’t know why you’re not seeing that,’ I said,” she told the Morning News.

“This has my blood boiling. How could this be fair? According to the new law, this is a life,” Bottone said, adding that she intends to fight the ticket.

The expecting mother said the overturning of Roe v. Wade should mean that her fetus counts as a separate person in Texas.NBC DFW

The Supreme Court’s decision to overturn Roe v. Wade last month paved the way for a trigger law to go into effect in Texas that bans abortion from the moment of fertilization.

Some clinics in the state were allowed to continue to offer abortions for up to six weeks in pregnancy after a judge granted them a temporary restraining order at the end of June.

But the legal victory for the clinics was only expected to last a few months until a higher court vacates the order.

Ukrainian soldiers identify what weapon they need to fight Russia