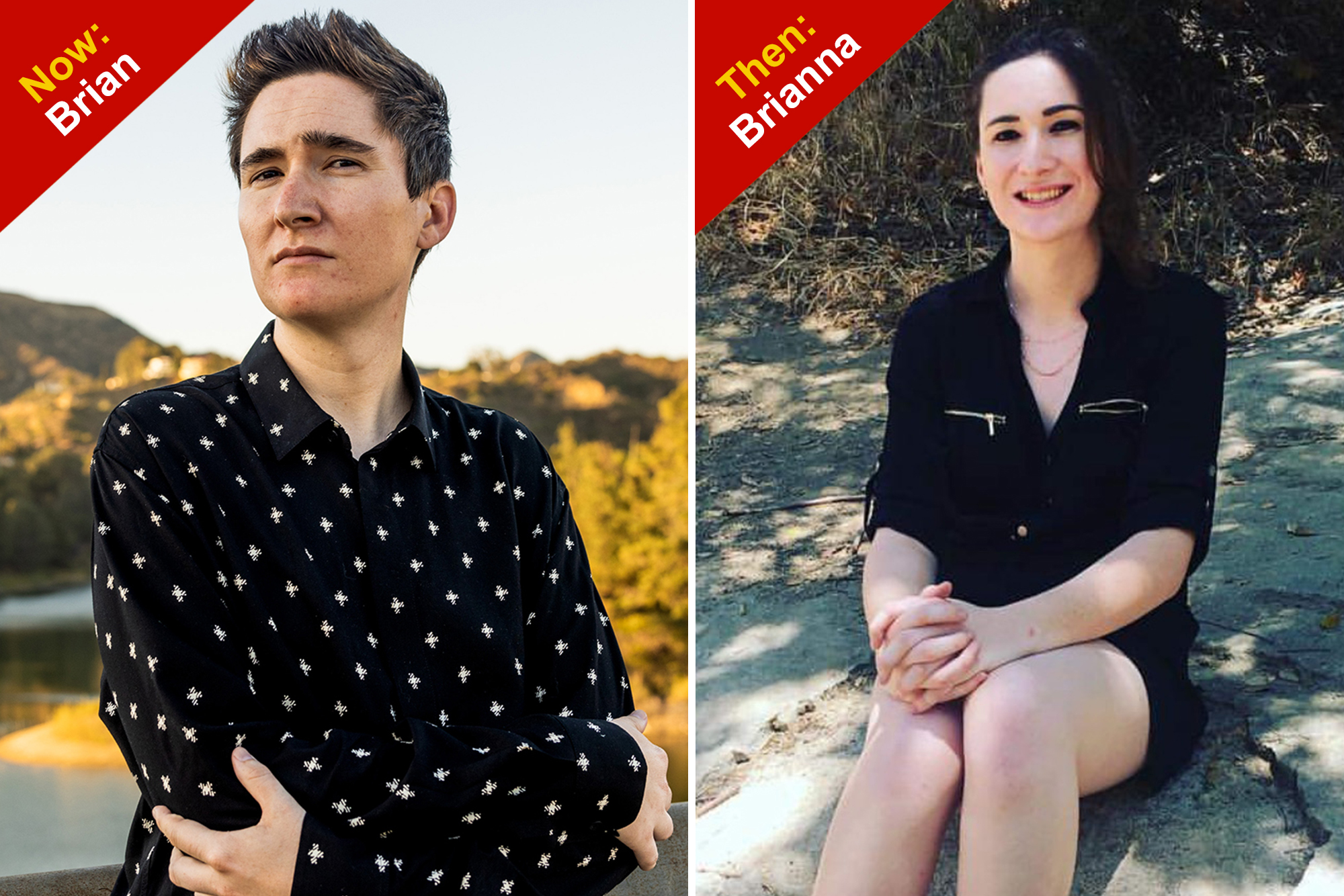 “Coming out of my transition was like leaving the twilight zone, but the rest of society is still in it.”

After living nearly a decade of his life as a transgender woman named Brianna, Brian Wagoner ultimately came to realize his transition had been a mistake. In February, the 31-year-old made the decision to detransition back to his biological gender and live once again as a man.

“It was basically like medical professionals cheering on a girl with bulimia for puking up her lunch when her ribs are already poking out,” he said of the estrogen treatment he was put on for years. “There’s a lot of money to be made by doctors here. They see the dollar signs, and in the end money talks.”

Wagoner reached out to The Post after reading an article in June that profiled two young women who regretted transitioning to men in their teens. One of those detransitioners, Chloe Cole, who had a double mastectomy, is now campaigning for a Florida rule that will block Medicaid funds from paying for medical interventions in cases like hers.

After living nearly a decade of his life as a transgender woman named Brianna, Brian Wagoner ultimately came to realize his transition had been a mistake. Roger Kisby

Brian Wagoner, now 31, said medical professionals encouraged him to transition when the real problem was that he was anguished over being gay. “In California there really are no barriers to transition,” he told The Post.Roger Kisby

Growing up in San Gabriel Valley, Calif., the son of divorced parents, Wagoner said he was always a typical boy.

“When I was a kid, I liked Legos and trucks,” he said. “I never wanted to wear my sister’s clothes. I never wanted to play with Barbies.” But Wagoner also knew he was gay — something that was frowned upon in his father’s household, where he lived as a teen.

His dad, a Vietnam veteran and “a very alpha male, super macho kind of guy,” was openly homophobic, Wagoner said. “He would freely throw around the word f—-t.” Wagoner even remembers his dad once harassing a waiter who he thought was gay. “I learned from my dad at a young age that being gay is a terrible thing. I was so paranoid about him finding out that I was,” Wagoner said.

“It was basically like medical professionals cheering on a girl with bulimia for puking up her lunch when her ribs are already poking out,” Brian said of the estrogen treatment he was put on for years as Brianna (above).Brian Wagoner

As a closeted teen, Wagoner began dabbling in drugs, and by the time he transferred from a junior college to the University of La Verne in California to study sociology aged 20 he said he was regularly using marijuana, ecstasy, Adderall and cocaine that he got from friends and dealers at his school. He said he began experiencing withdrawal, was staying up for days on end, and even contemplated suicide.

Desperate for a lifeline, in early 2012, he started searching for information about the transgender movement on YouTube and found a clinical social worker based in Los Angeles who made videos about trans people. He made an appointment to see her. During their first in-person session, he said she immediately told him he could be transgender.

“I just thought maybe I had some sort of weird fetish,” Wagoner said. “But I went to go see this therapist, and she told me I’m really a woman trapped in a man’s body and all my other problems were really because I was transgender.”

After just a couple therapy sessions, the therapist gave Wagoner, then 22, a referral letter to see a doctor in Hollywood who wrote him a prescription for estrogen on his first visit, he said. “This therapist knew I was addicted to drugs. She knew I had severe depression. But we didn’t go over any of that. It was just about hormones.”

Along with regular hormone therapy, Wagoner had laser hair removal on his entire body and legally changed his name to Brianna. At the time, transition seemed like a way to escape his suppressed identity. “The idea that I’d be a heterosexual woman and not a gay man was just really appealing to me,” he said. “I was so sick of being Brian the ‘f-g.’ I just liked the idea of being literally anyone else.”

He was also rewarded socially for transitioning to a woman at college, where he remained a student until he was 25. “At my college, I was basically like a minor celebrity for being trans,” Wagoner said. “I got a lot of praise, and people suddenly wanted to be my friend.”

But in his personal life, Wagoner was struggling. “Transition made all my problems worse,” he said. He got into even harder drugs, including heroin, after graduating from college. He went to rehab four times before finally getting sober and holding down a steady job, which he declined to disclose out of concern he will be targeted by the gender activist community.

After he started tuning out “woke political beliefs” on social media and listening to contrarian media figures like Jordan Peterson and Joe Rogan, Wagoner said he realized he no longer wanted to be Brianna. “Once I got off drugs and got a real job, I just had a clear head and started feeling a new gender dysphoria all over again,” he said. “I was looking at myself in the mirror and looking at my childhood photos as a little boy and started thinking, ‘What have I done?’”

Brian is now living a sober life in California and said he has “accepted the fact that I’m gay.” Roger Kisby

So, in February, Wagoner went back to living as a man after spending a third of his life as a woman. He cut his hair, stopped hormone therapy, and changed his name back. Fortunately he never got surgery, but said he suffers from painful urination and an inflamed pelvic area due to his estrogen treatment and is being monitored for osteoporosis, a known side effect of hormone therapy.

After years of repressing his true self, he has finally come to terms with who he is. “I really reconnected with being myself and accepted the fact that I’m gay,” Wagoner said. He even came out to his father, who he said has fully accepted him. “My dad and I are cool now. He knows I’m gay, and he doesn’t even care. Had I been honest from the get-go, I do think it could have possibly prevented me from going down this path.”

In retrospect, Wagoner blames medical professionals for glossing over the other personal crises he was experiencing, like internalized homophobia and drug addiction. “My therapist really was an activist who also happened to be a psychologist,” he said. “I probably should have been put in a psychiatric hospital, not given estrogen. I just needed someone to listen to me, but this woman had me go and change my body’s chemistry and my whole life.”

Brian graduated from University of La Verne in California at 25 as Brianna. “At my college, I was basically like a minor celebrity for being trans,” he said.Brian Wagoner

Now that he’s content living as a man, Wagoner said he hopes his tale serves as a warning to others. “The reason I decided to speak out is because here in California there really are no barriers to transition.” He said he’s even considering pursuing legal action against the therapist and doctor who helped him coast through his transition without ever investigating what was really going on under the surface.

“I just don’t want to see people have the same bad experience that I had,” he said. “I hope someone will hear this story and really think about what they’re doing and get therapy.”

Wisconsin is changing 28 place names that slur Indigenous women. Here’s where they are and what the new names might be.

Former GOP congressman says Liz Cheney will be voted out of office. Here's why