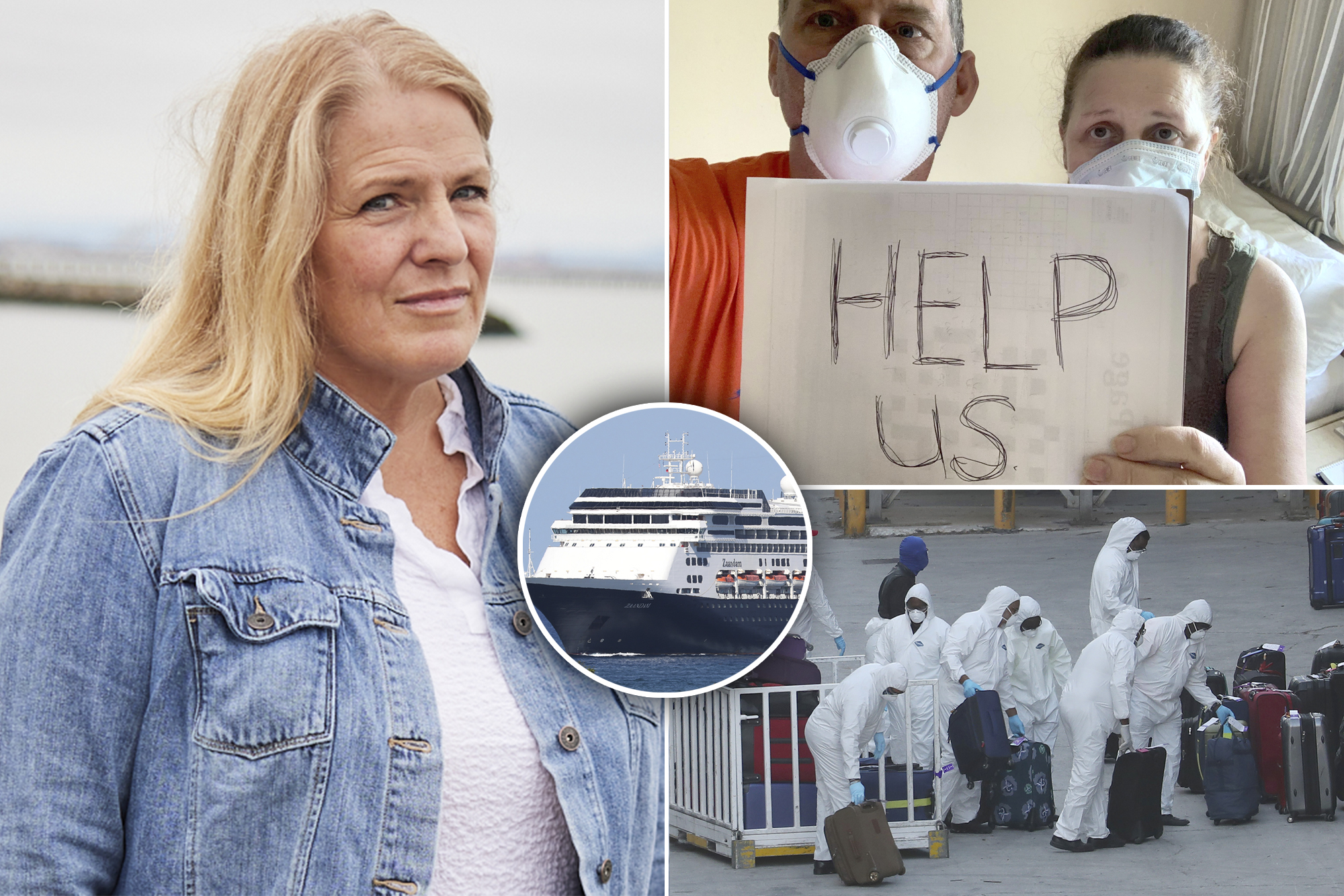 Erin Montgomery still gets emotional when she remembers her last trip on the MS Zaandam cruise ship.

“It was horrible,” she tells The Post, bursting into tears. Montgomery, then in her mid-50s, worked as the ship’s sanitation officer. “Having people die on you and you’re helpless to do anything about it.”

On March 27th, 2020, the Zaandam, a luxury cruise line owned by Carnival Corp., was anchored off Panama City. With 1,242 passengers and 586 crew members, they had set sail just three weeks earlier.

Few people realized it at first, but “COVID-19 was tearing through the Zaandam,” write investigative journalists Michael Smith and Jonathan Franklin in their new book “Cabin Fever: The Harrowing Journey of a Cruise Ship at the Dawn of a Pandemic” (Doubleday), out now.

The virus crept in slowly, infecting passengers and crew who assumed they were safe when corporate doctors back on land downplayed the risks. That sense of security came crashing down on March 27, when the captain made a chilling announcement over the ship’s loudspeakers: “Unfortunately, four of our guests have passed away.”

When the ship first left the port in Argentina in early March, they were still days away from the World Health Organization classifying COVID-19 as a pandemic.

Montgomery was among the first to get ill. “I started feeling sick on March 9th, a week before it spread throughout the ship,” she said. “I kept telling my managers that I think we have COVID on board and they’re just giving people cough medicine and sending them back to work. They just thought I was being a dramatic woman.” (Requests for comment from Carnival have not been returned.)

The story soon became international news, and by the time the ship finally docked in Port Everglades, Fla., on April 2, 2020, four passengers were dead and hundreds more were ill with the virus. Two-plus years later, the cruise industry would have us believe it’s all ancient history and the pandemic is a minor concern.

As recently as last December, the U.S. Centers for Disease Control and Prevention was warning Americans to avoid cruise ships altogether to protect themselves from the COVID omicron spike. But in late March, the CDC dropped its two-year advisory against cruise travel, saying in a statement that travelers should “make their own risk assessment when choosing to travel on a cruise ship, much like they do in all other travel settings.”

Bookings on Virgin Voyages cruises jumped by 120% since the beginning of the year, and Royal Caribbean and Carnival, two of the world’s biggest cruises line, had more bookings in a single week than any other time in their fifty-plus year histories.

Canadian passengers Chris and Anna Joiner ask for help onboard the cruise ship at the start of the coronavirus outbreak.via REUTERS

“Cruise ships have made tremendous changes to try and accommodate COVID,” co-author Franklin tells The Post. “However, you can’t change the basic facts that airborne viruses love cruise ships. During our research, we spoke to CDC officials who said that if one were to design the most efficient machine for spreading COVID among 2,000 people, it would not look much different than a cruise ship.”

Franklin believes it’s a mistake to blame the health officials aboard the Zaandam — a small team of two doctors and four nurses with few COVID tests or reliable information about the virus. “They are so down the chain of command,” he says. “You have to realize that aboard a cruise ship, even the captain is a low-ranking employee in the overall scheme that is Carnival Cruise.”

Workers dressed in hazmat suits haul luggage off the Zaandam after it arrived at Port Everglades.Getty Images

But higher up the food chain, he says, “there were devastating mistakes made.” With COVID outbreaks happening on cruise ships as early as February — including one ship that had more than half of the world’s confirmed cases outside of China — Franklin questions why they didn’t voluntarily suspend all of their cruises far earlier.

“The Zaandam was kind of a last roll of the dice,” he said. “A gamble that many people paid for with their life.”

It’s easy to split hairs about the mistakes made on the Zaandam and other cruise lines during COVID during the first year of the pandemic. But a more pressing question going forward is, could it happen again?

As of today, according to the CDC’s own color-coded chart of ship outbreaks, 100% of cruise ships currently traveling with passengers have cases of COVID on board.

Passengers of Holland America’s cruise ship Zaandam are transferred to the Rotterdam cruise ship in Panama City.AFP via Getty Images

This comes as more cruise lines have opted to make masks optional for vaccinated guests. In early July, Holland America became the first US-based cruise line to drop COVID test requirements on some ships, and other major cruise lines could soon follow. COVID cases are rising just as protocols to keep passengers safe are being stripped away.

Montgomery, now 57, is planning to return to her first job aboard a cruise ship after nearly two years. “I wasn’t entitled to any unemployment compensation from Carnival,” she says. “It’s been a struggle to pay the bills.” So when she got an opportunity to work in the kitchen of another cruise line — she won’t name the company — she jumped at the opportunity . . . with some apprehension.

She says she worries that even with protocols, it doesn’t help if a ship is filled with guests who refuse to take COVID seriously, and she’s “still trying to decide if I really want to go back.”

Erin Montgomery is heading back to sea this month for the first time in two years. She’s approaching her new job with trepidation, but needs the steady paycheck. Pete Thompson

Franklin, meanwhile, offers hope — and reservations. “Most cruise ships are requiring vaccination of all passengers, they are using extensive tests, and they have more medicines to alleviate the symptoms,” he says.

“So all in all, are cruise ships adapting to COVID? Yes. But you could also argue that the virus will adapt even better to cruise ships.”