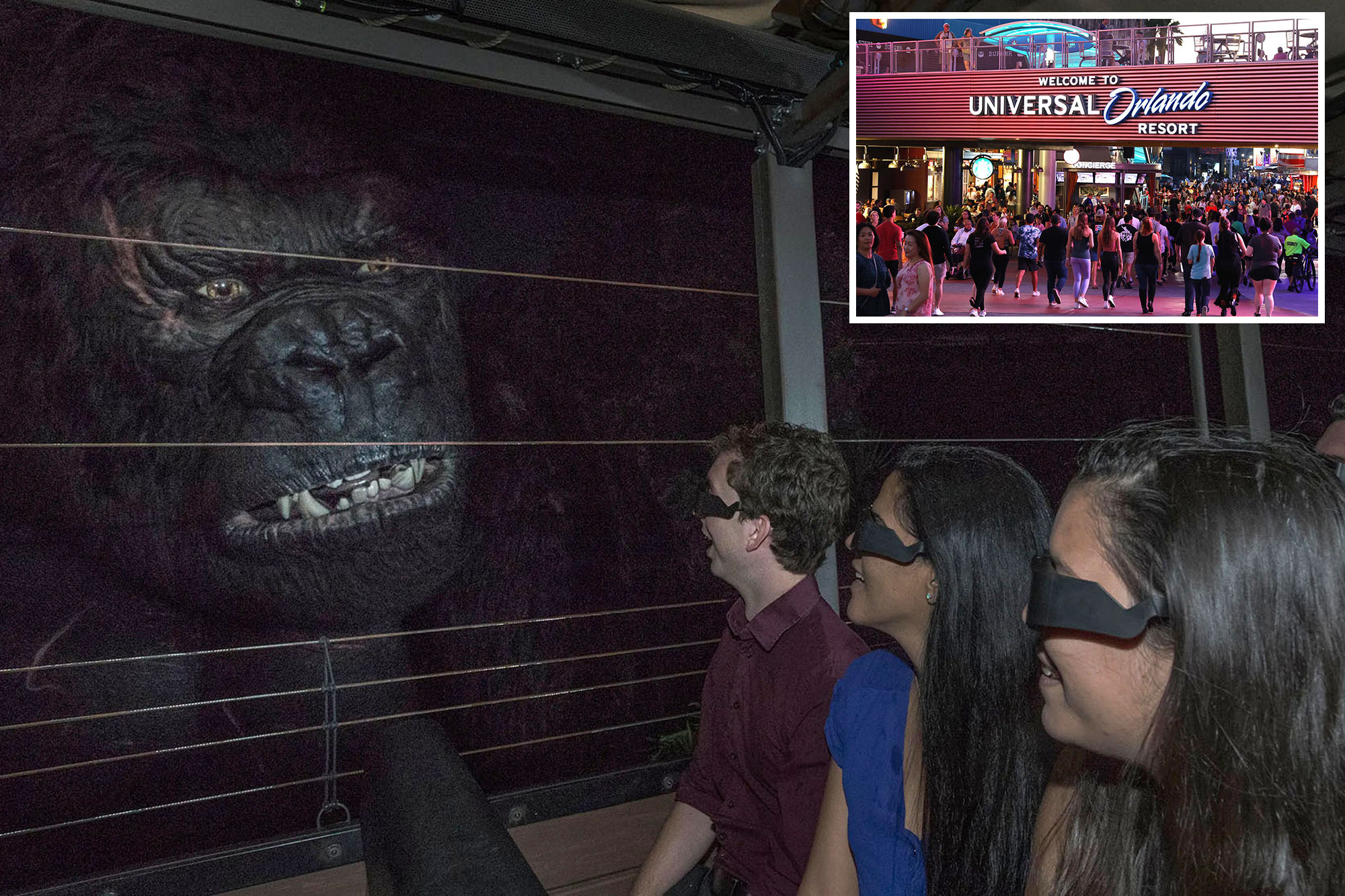 A Florida woman claims part of her finger was severed while on Universal Studios Orlando’s popular “Skull Island: Reign of Kong” ride, according to a report.

The incident allegedly took place on May 16, 2021 during the thrilling dark, trackless ride, which is a simulator ride — not a rollercoaster — according to Florida Politics.

Located in Unversal’s Island of Adventure park, the ride takes place on a tram that enters into a dark cave where guests watch 3D projections that include dinosaurs and other vicious predators battle it out, including Kong, who stars in the final scene.

The tram gyrates violently in response to the action-packed scenes.

“During one segment of the ride, the tram stopped for a 3D display,” said the lawsuit, which was filed in Florida’s Orange Circuit Court. “The tram shook violently as part of the experience. Courtney Delphey placed her hand against the metal bracing in front of her during this part of the experience. Two pieces of metal separated then came together causing a partial amputation of Courtney Delphey’s finger.”

A woman claimed that her finger was severed while riding Universal’s popular Reign of Kong Ride in Orlando. Getty Images

Florida Politics reported that the theme park denied many of the lawsuit’s allegations in court papers, saying: “Plaintiff’s injury was solely the result of her negligent failure to observe the subject condition.”

The suit, which will be moved to Florida’s District Court this week, claims that Delphey’s medical expenses totaled $89,225 and that she is seeking more than $100,000 in damages.

A woman claims her finger was cut off while on a ride at Universal Studios Orlando.TNS

Delphey claims that Reign of Kong is unsafe for “allowing metal supports to separate and close with such force to cause violent amputations.”

Florida Politics said that there was “no mention” of Delphey’s alleged incident in the quarterly theme park injury report published by the Florida Department of Agriculture and Consumer Services. In Florida, theme parks must self-report injuries when their visitors are hurt or sick on a ride and require at least 24 hours of hospitalization, the publication said.

Court papers do not say if Delphey received hospitalization or how much time she spent in the hospital, however.

Universal’s Reign of Kong ride was the subject of a wrongful death lawsuit in 2018. Universal Orlando Resort

The Kong ride, which was launched in 2016, has been the subject of other complaints. Florida Politics reported that in 2018, a Guatemalan man’s family filed a wrongful death suit against the Orlando-based theme park.

The suit claimed that their relative, a 38-year-old Guatemalan man, died from a heart attack two years earlier after he sat down on a bench to rest shortly after getting off the Kong ride. The family’s attorney told the press at the time the man had a prior heart condition. In 2020, the lawsuit was settled for an undisclosed amount, Orange Circuit Court records said.

Ric Flair says goodbye in fitting fashion, with a showy robe and a bloody face