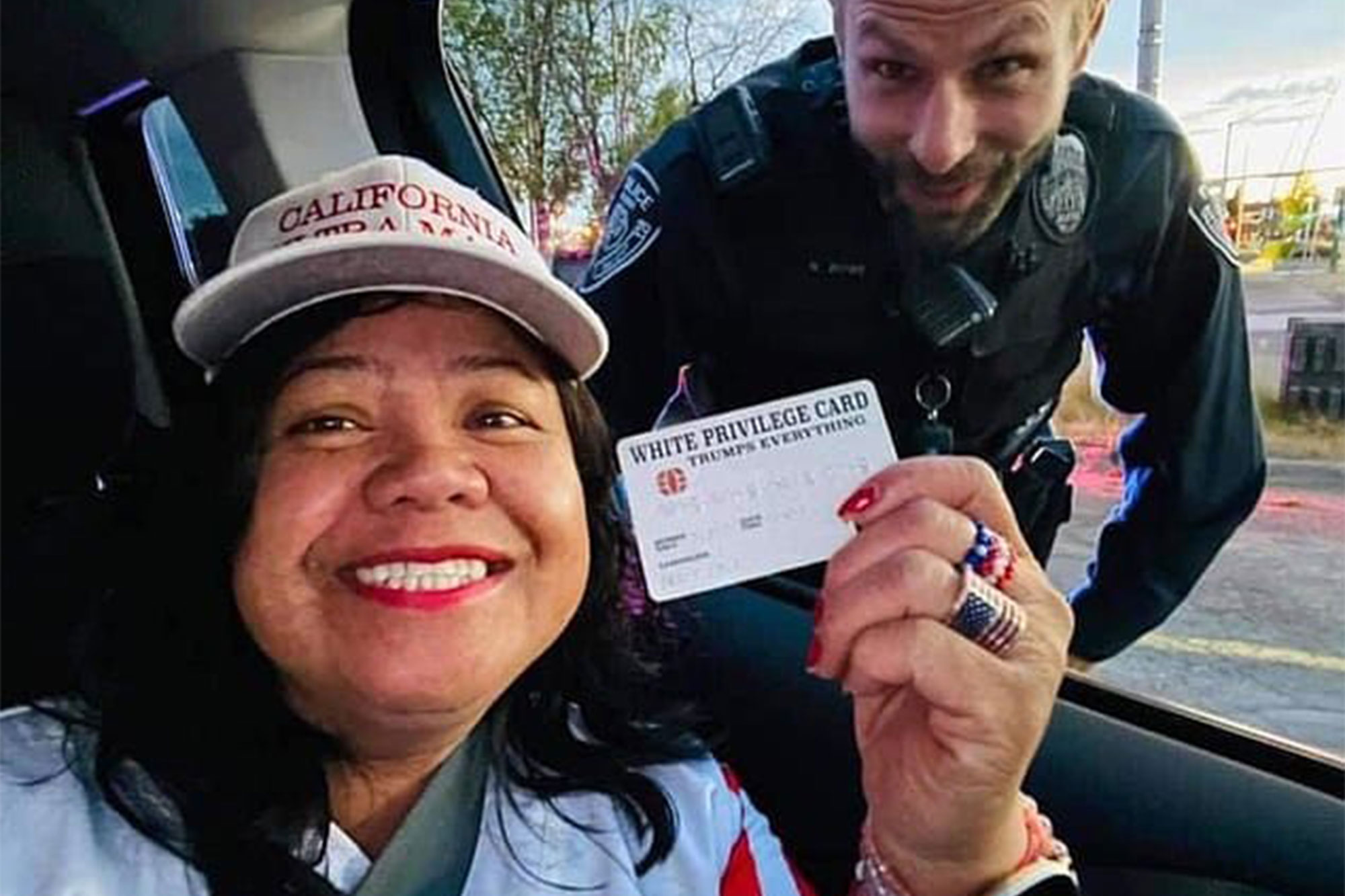 A woman pulled over during a traffic stop in Alaska last month showed cops her “white privilege” card instead of her driver’s license.

The local police department on Thursday said the two officers violated department policy when they let her go without a citation, the Anchorage Daily News reported.

Mimi Israelah said she was pulled over for weaving in the early morning hours on July 9 after having returned to Anchorage on an early flight from California, where she had attended a Trump rally in a now-deleted Facebook post.

She said she couldn’t find her driver’s license, but as she flipped through the cards in her wallet, she spotted her “white privilege” card.

Israelah, who describes herself as Pinay, a woman of Filipino ethnicity, in her Twitter bio, handed the novelty card — which reads “White Privilege Card Trumps Everything” to one of the officers and asked if it was okay.

“He laughed and called his partner. It’s their first time to see a White Privileged [sic] card,” she said in the Facebook post.

One officer can be heard calling the card “hilarious” in a video reportedly shot by Israelah and reposted to Twitter.

The officers, identified as Nicholas Bowe and Charles Worland, let Israelah go without issuing her a citation for driving without a license.

“We recognize that,” he said.

One of those people was Celeste Hodge Growden, president of the Alaska Black Caucus.

She questioned if the officers decided against issuing a citation due to the novelty card.

“Is it because the white privilege card was effective?” she asked.

Anchorage Police investigated the incident and placed Worland and Brown on administrative leave during the 11-day probe, Case said.

The internal investigation determined that the two officers violated department policy, but police wouldn’t say which policy was violated and if the officers face any repercussions.

“The investigation regarding the incident is completed and is a part of confidential personnel files that will not be released publicly,” an Anchorage Police Department spokesperson said.

The two officers remain employed by the department.

Hodge Growden is calling for the police department to release details of the investigation and any repercussions the officers faced in a plea for greater transparency. She said the incident could have been used as a teachable moment.