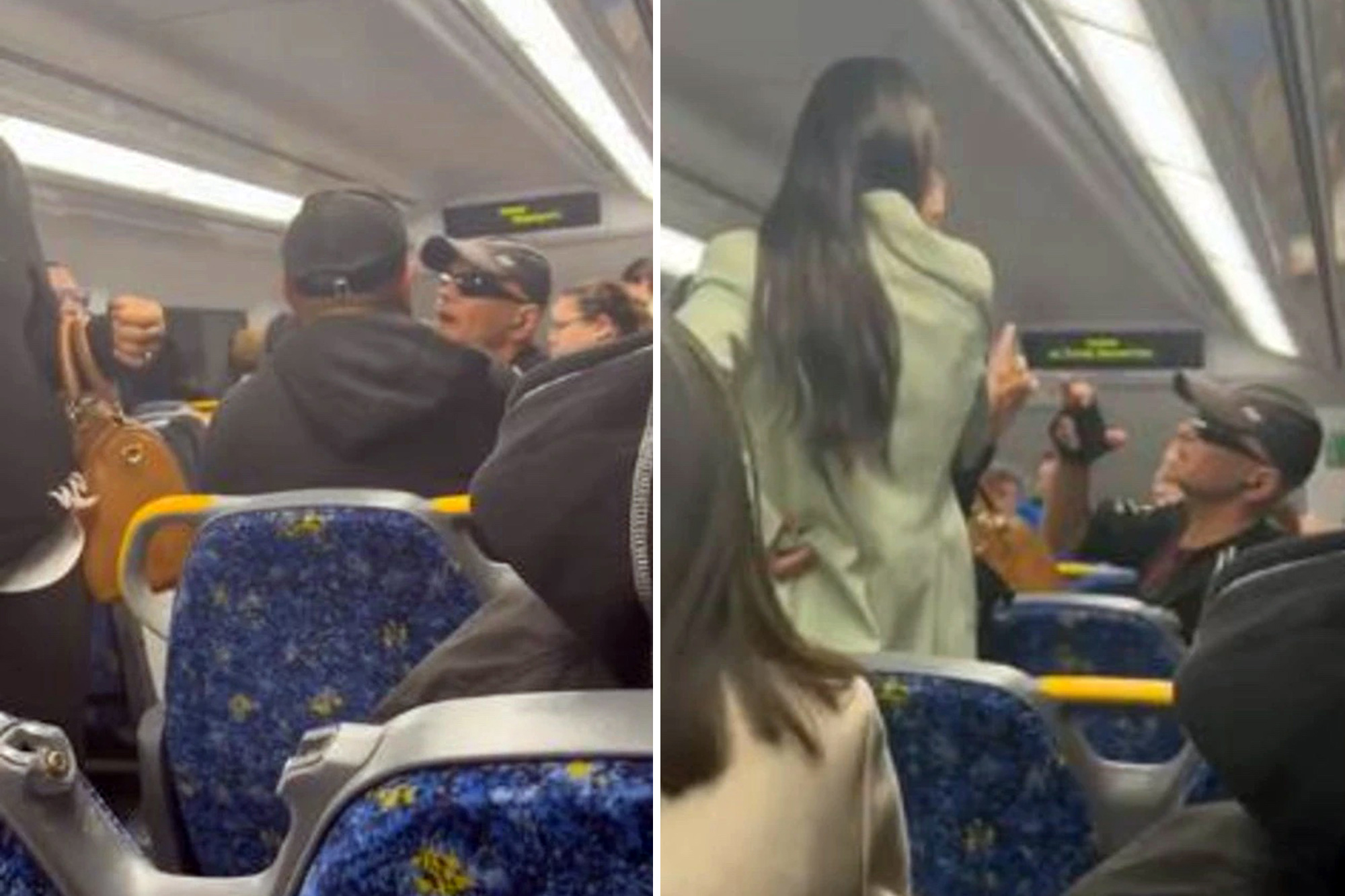 A tense video has captured a man exploding into an expletive-ridden rant and threatening to “smash” a female passenger on a packed train during rush hour.

Footage of the chilling confrontation on a Sydney train was shared to Reddit on Friday.

While much of what the man said was incoherent, some viewers were able to translate parts of his rant from Arabic.

The video begins with the man swearing and pointing at two female passengers, prompting a brave commuter to step in and tell him: “Don’t talk to her like that.”

A man in Australia was filmed screaming expletives at a Muslim woman and threatening her with violence on a packed train. Reddit/Smokeintheair37

He responded by saying, “I swear I’ll smash you,” which sparked a swift response from several men urging him to calm down.

One male passenger then told the women to switch seats so he could sit behind the angry man and they could be farther away.

“Get f–ked or I’ll smack your f–king neck,” the heated man told one of the women as she walked away.

A good Samaritan offered to switch seats with the women and de-escalated the situation. Reddit/Smokeintheair37

The man who took a seat behind him calmly responded, saying, “No you’re not, you’re not going to smack anyone.”

The heated situation continued when the man began shouting “Police” across the carriage.

“He is speaking Arabic with a Lebanese accent. He’s not very coherent but appears he has something against Muslims. Obviously, he’s Christian, as he uses the word Rab which means God,” one person claimed in a comment.

Passengers remained calm throughout the alarming ordeal — a detail that viewers of the video found particularly admirable.

“I applaud all those around him who showed patience and restraint,” the translator wrote.

“Good on old mate for stepping in and keeping the spinner in check. I hope he was taken care of later,” someone else said.

“Yeah the black cap guy was awesome. Made everyone feel safe while de-escalating,” another wrote.

Sydney Trains was unable to comment on the incident since it was unclear where and when it unfolded.