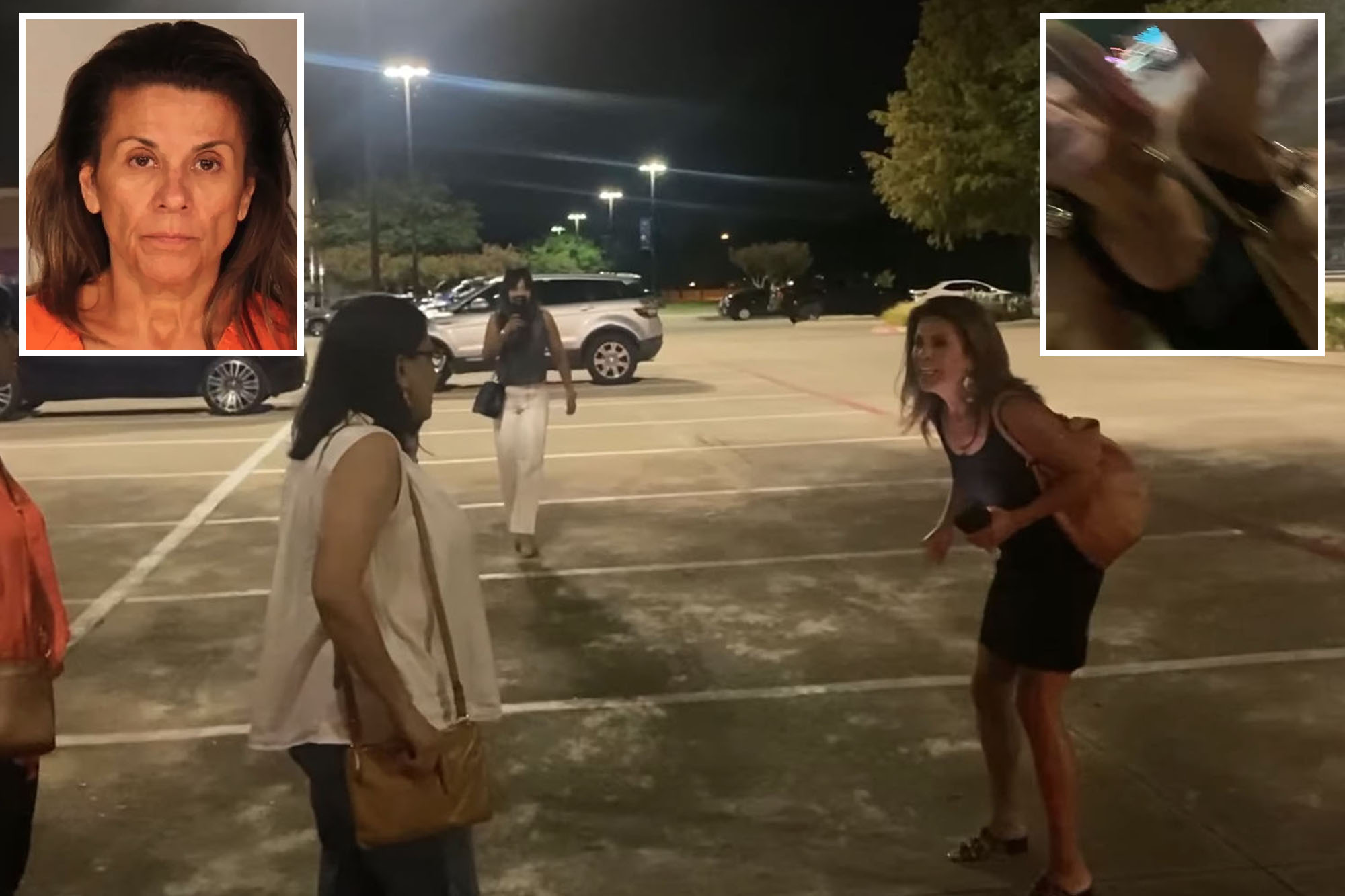 A Texas realtor has been charged with making terroristic threats after she was caught on camera hitting four Indian women while calling them “f—ing curry-assed bitches.”

Esmeralda Upton, 58, was arrested Thursday in Plano for the prolonged, hate-filled attack caught in a video that starts with her yelling at the women to “go back to f—ing India!”

“Everywhere I f—ing go, you Indians are f—ing everywhere,” she spits out at one point in a nearly 5½-minute video of her tirade.

“If life is so great in India, why the f— are y’all here?” she yells, before bizarrely telling the group, “I’m Mexican. And I paid my f—ing way here.”

Esmeralda Upton has been charged for a tirade in Plano that police are investigating as a hate crime.Facebook / Rani Banerjee

The video does not catch why Upton first stormed up to them. However, at one point, one of the victims asks her why she came up to them.

“Because I hate these f—ing Indians, that’s why,” she replies.

Early in the hate-filled tirade, she warns the group not to “f— with me” — and charges at the woman filming her while making the unfinished threat that she would “blow your f—ing curry …”

The clip shows her clearly taking a swing at the woman filming her, who yells, “Oh my God, guys! Record! She’s hitting me!”

The video caught her clearly taking a swing at the women.Facebook / Rani Banerjee

She appears to push or hit each of the other women at various points in the exchange, marching after one of the scared women as she backs away from her while waiting for cops to show up.

She appears to push or hit each of the women during the nearly 5½-minute video.Facebook / Rani Banerjee

She appears ready to walk away when the women call 911 — just to head back to angrily correct their description of her.

“No, I’m not white — I’m Mexican. And I paid my f—ing way here,” she says, hitting the woman on the phone to cops.

“I’m a Mexican American. I was born here. … I speak English,” she tells the group, none of whom spoke anything but fluent English throughout.

At one point, she pulls out her own camera to film the exchange herself — just to catch her own racism as she says, “Oh these f—ing Indians — they come to America because they want a better life.”

When it becomes clear that cops are coming, Upton starts to apologize and ask for peace.

But when one of the women refuses to shake her hand, she snaps, “Well — you know what, f— you.”

She also makes a dig at the women’s weight, telling them she couldn’t hurt them because “I am all of 100 pounds and you guys weigh well over 200 pounds.”

After mocking them for being scared, she again snaps, “I swear to God I will f—ing break your f—ing camera.”

While the Wednesday night clip ends with the arrival of a Plano police officer, Upton was not arrested until the following afternoon, police said.

The video ended with the arrival of a Plano cop.Facebook / Rani Banerjee

Upton was arrested the next day for the attack that is being treated as a hate crime.Facebook / Rani Banerjee

She was charged with misdemeanor assault and terroristic threats in the case being treated as a hate crime, police said. She remained in city jail Thursday with bond set at $10,000.

The woman who filmed the attack, Rani Banerjee, said they were just heading to their cars after dinner when “an angry, drunk woman came at us with hateful racial slurs and even physically attacked us.”

“I have lived in DFW for 29 years and never have I felt so humiliated, threatened, and scared for my life. Can’t believe this is what America has become,” she said with a sad-face emoji.

The Two Setting Sprays That Kept My Makeup on at Crop Over — See Photos, Review