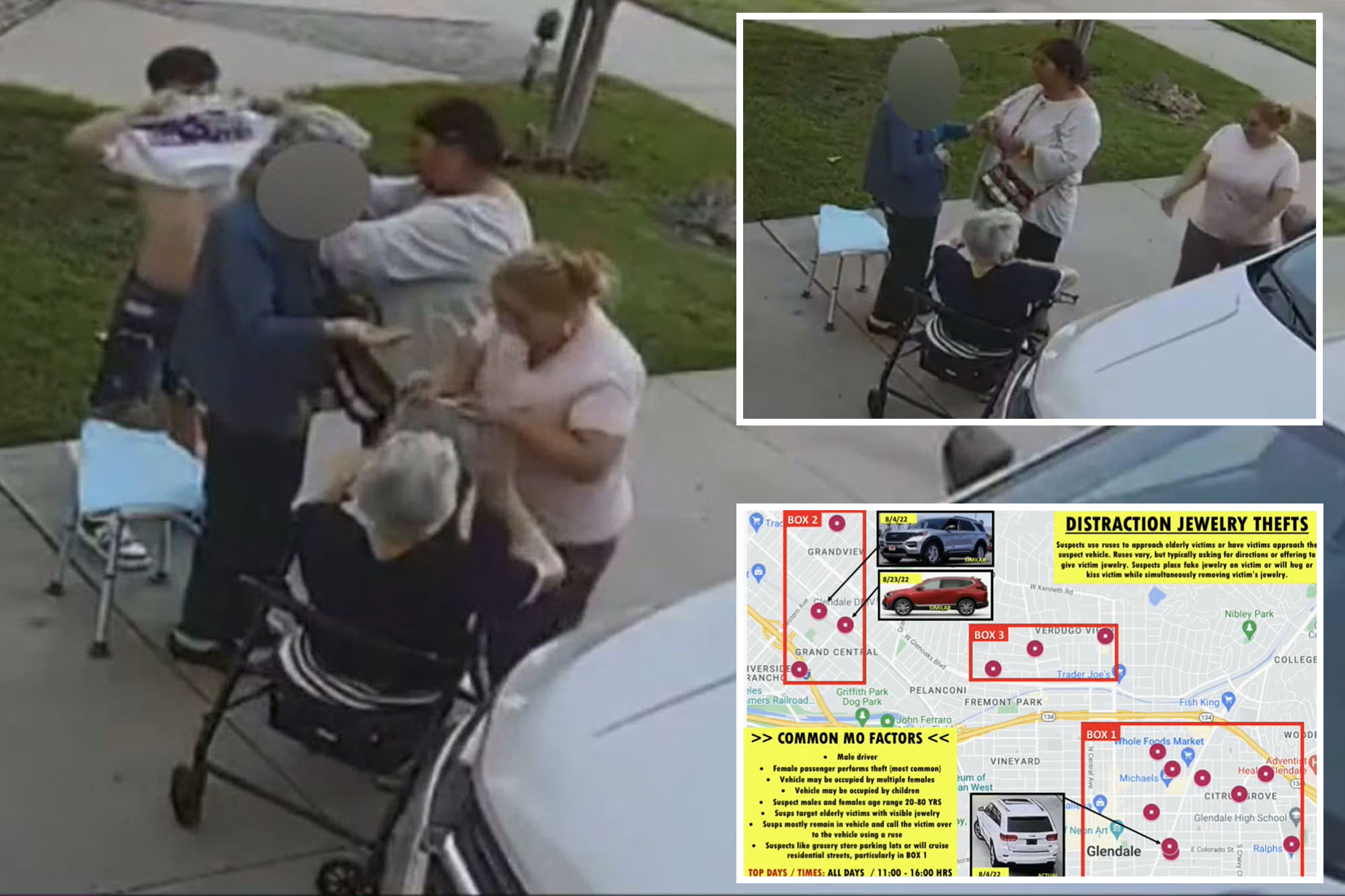 An elderly woman in Glendale, California, was robbed by a group of seemingly friendly thieves in broad daylight, as police caution residents to watch out for an uptick in “distraction thefts”.

Surveillance footage shows the 84-year-old woman sitting with a friend in front of a home on August 26. A woman gets out of a gray car, walks down the driveway and appears to hug the victim.

The suspect then tries to sell a necklace to the elderly victim while expertly removing the necklace the elderly woman already had on.

Two more suspects – including a child – approach the woman and greet her. While the second suspect attempts to take off the elderly woman’s wedding ring, the boy holds up his T-shirt to cover up the robbery from witnesses.

Once the necklace was secured, all three suspects walked back to their car and drove away. The same car was caught on camera circling the street several times while the robbery took place.

The victim’s son said not only was the necklace important and sentimental to her, but also she was traumatized by the crime.

The 84-year-old woman was sitting with a friend in front of a home on August 26.
KTTV

Two suspects and a child approach the woman and try to “sell” her a necklace.
KTTV

The boy holds up his T-shirt to cover up the robbery from witnesses.
KTTV

The Glendale Police Department has reported an uptick in “distraction thefts”.KTTV

“It was so scary after that. My mom doesn’t want to come out,” the victim’s son – who wishes to remain anonymous – told to Fox 11 Los Angeles. “She’s traumatized and she doesn’t want to sit outside.”

“My mom thought that they want to put the necklace to show how nice it is,” he added. “But in reality, they were trying to take the necklace, the real one out.”

The incident is being investigated by the Glendale Police Department, which has reported an uptick in these “distraction thefts”.

Police suggest walking in groups, keeping jewelry hidden, and being mindful of one’s surroundings when outside. They also caution residents to look out for people following them or vehicles that appear out of place.

Vancouver restaurant owner yelled at, spat on by woman who let her dog pee on his door