AOC predicts she won’t be president — because Americans ‘hate women’ 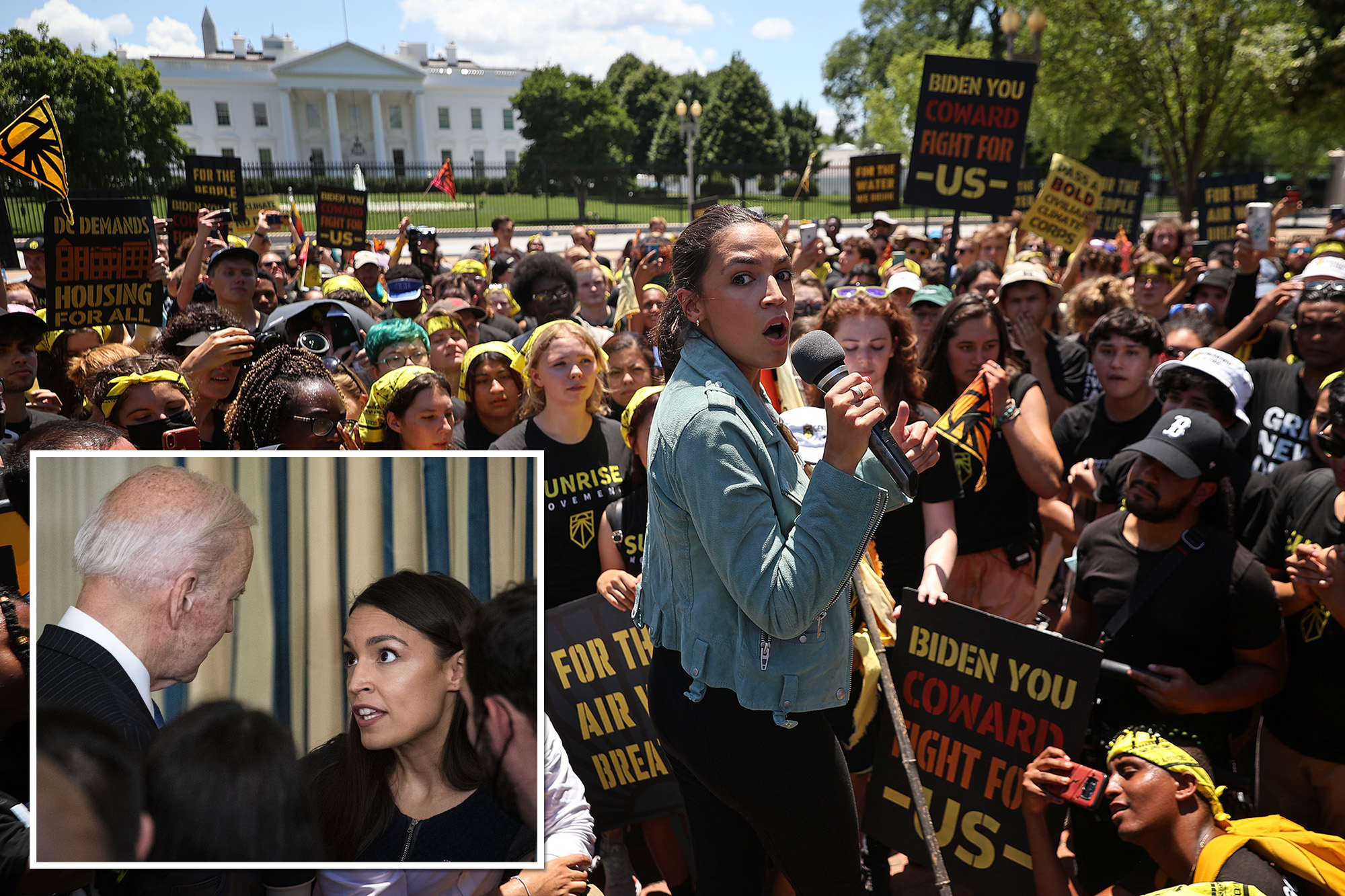 Rep. Alexandria Ocasio-Cortez says it’s unlikely she could ever be elected president of the United States — because so many people in America “hate women” and “would never let that happen.”

The socialist firebrand New York Democrat speculated about the possibilities of her launching a future White House bid in a wide-ranging cover interview with GQ magazine published Wednesday.

Ocasio-Cortez said that while she tries to hold onto the belief that anything is possible, her experience in Congress has “given me a front-row seat to how deeply and unconsciously, as well as consciously, so many people in this country hate women.”

“And they hate women of color,” the 32-year-old added.

“People ask me questions about the future. And realistically, I can’t even tell you if I’m going to be alive in September. And that weighs very heavily on me. And it’s not just the right wing. Misogyny transcends political ideology: left, right, center,” the democratic socialist continued.

“I admit to sometimes believing that I live in a country that would never let that happen.”

Elsewhere in the interview, the congresswoman spoke of the “open hostility” she encountered from her own Democratic Party colleagues after taking office in 2018.

“Since I got here, literally day one, even before day one, I’ve experienced a lot of targeting diminishment from my party. And the pervasiveness of that diminishment, it was all-encompassing at times. I feel a little more steady on my own two feet now.

Rep. Alexandria Ocasio-Cortez has previously criticized President Biden for not being progressive.Al Drago/Bloomberg via Getty Images

“But would I say that I have the power to shift the elected federal Democratic Party? No.”

Ocasio-Cortez said she struggles when young girls tell her they want her to be president one day.

“It’s very difficult for me to talk about because it provokes a lot of inner conflict in that I never want to tell a little girl what she can’t do,” she said. “And I don’t want to tell young people what is not possible. I’ve never been in the business of doing that. But at the same time…”

In addition to being a woman, the legislator claimed that her opposition to Wall Street could also hinder any potential bid for the presidency.

Rep. Alexandria Ocasio-Cortez is taken away by authorities during a Roe v. Wade protest outside the Supreme Court on July 19, 2022. Al Drago/Bloomberg via Getty Images

“Could [former President Barack] Obama have gotten elected without the kind of financial support that he had?” she said. “I don’t know.”

Ocasio-Cortez also theorized how, even if she were to be elected commander-in-chief, she’d face the wrath of the political system — from the Senate to the Supreme Court — that she says would impede her goals.

“There are still plenty of limitations,” she claimed. “It’s tough, it’s really tough.”

AOC predicts she won’t be president — because Americans ‘hate women’