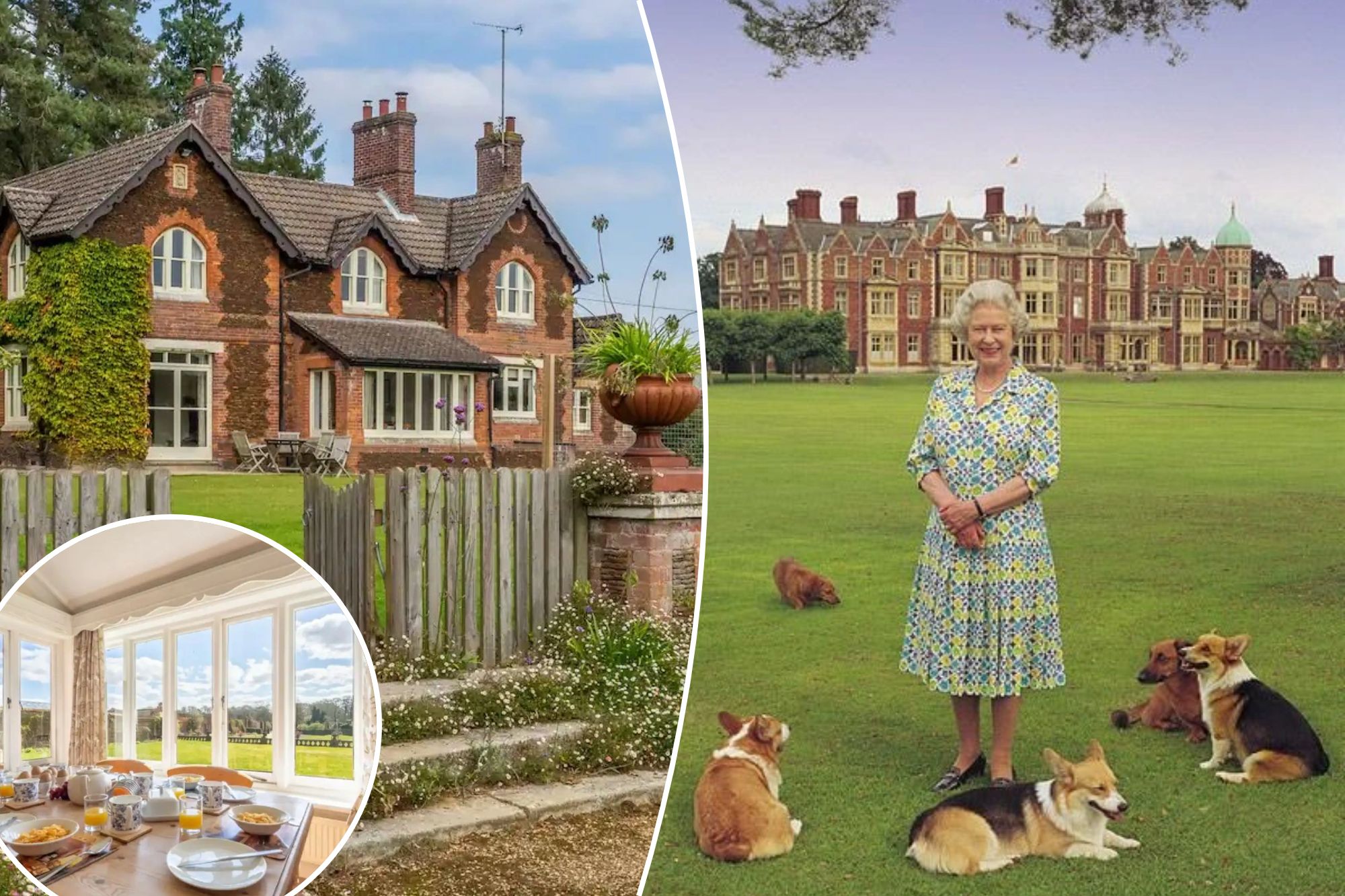 Amid health concerns for Queen Elizabeth II, the garden house on the Sandringham Estate has just been listed on Airbnb.

Located in the Norfolk Coast Area of England, the country retreat has been traditionally used by the queen and the rest of the royal family during Christmas and the New Year.

The castle is also where Queen Elizabeth gives her annual Christmas broadcast speech.

According to the estate’s official website, the royal family has owned the property since 1862, when it was purchased as a gift for Prince Albert for his 21st birthday.

The garden house on the estate, listed by United Kingdom boutique holiday cottage agency Norfolk Hideaways, is comprised of four bedrooms and two bathrooms and was the former home of the queen’s head gardener.

“This charming Norfolk hideaway, owned by HM The Queen, nestled within the heart of her much-loved Sandringham Estate country retreat and the closest estate property to Sandringham House itself, is all about an appreciation of the great outdoors and the beautiful gardens it sits within,” the Airbnb listing states.

The garden house at the queen’s Sandringham estate. Neil Longdin

One of four bedrooms. Neil Longdin

Built with brick, the house offers accommodation for up to eight guests over two floors.

“Guests are able to enjoy a stroll around the Country Park, with over 200 hectares (494 acres) to enjoy in all,” the listing adds.

And, of course, as a nod to the queen’s love of dogs, the listing notes: “furry friends welcome.”

But to book a stay here, you must act fast. Dates have already been filled up through February 2024. And staying there will come at a cost of about $400 per night, according to the listing.

A photo from the queen’s last Christmas broadcast from Sandringham Castle on Dec. 25, 2021. Royal Uk

Queen Elizabeth also gifted Prince William and Kate, the Duke and Duchess of Cambridge, a residence on the estate following their wedding back in 2011. Known as Anmer Hall, the property is made up of 10 bedrooms.

Meanwhile, royals have rushed to Scotland, to Balmoral Castle, where the queen is currently staying under “medical supervision,” the palace announced Thursday.

“Following further evaluation this morning, the Queen’s doctors are concerned for Her Majesty’s health and have recommended she remain under medical supervision,” the statement read. “The Queen remains comfortable and at Balmoral.”

It is unclear at this time why the garden house at Sandringham has been listed on Airbnb. The Post has reached out to the queen’s communications secretary for comment.

CNN: Alan Simpson lashes out at both parties

How dangerous are brain eating amoeba?