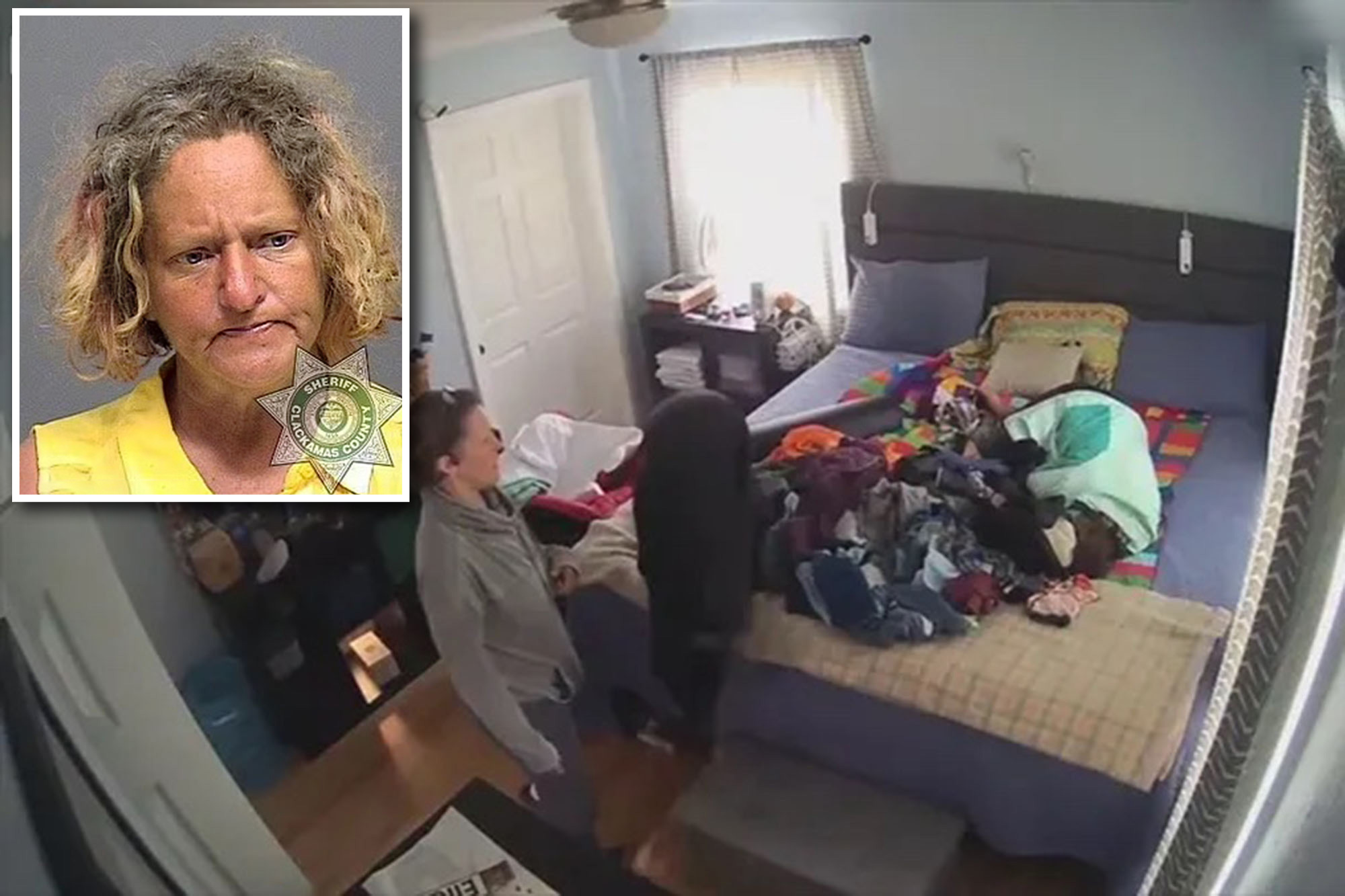 Goldilocks, she was not.

A Portland mom got the shock of her life after finding a homeless woman laying on her child’s bed — then was completely floored again after the liberal city’s woke district attorney let the trespasser loose within a day.

The frightening incident unfolded Monday after Kelsey Smith left her front door unlocked to give contractors working on her home easy access.

But the workers weren’t the only ones to come inside, according to reports and security footage from Smith’s home.

Lynn Zinser, 54, a homeless woman, also waltzed into the house, making her way to the bedroom of Smith’s 10-year-old son and plopping herself down under a pile of laundry on the bed.

Smith said she uncovered her unwelcome visitor after hearing her dog barking. She decided to investigate and found someone was hiding under the clothes on the bed.

Smith said she initially assumed her husband was playing a joke on her, but quickly realized it was a stranger, according to reports.

Lynn Zinser walked into the unlocked house and made herself at home.Kelsey Smith

Zinser got up and left the home when Smith found her.Kelsey Smith

Zinser was caught in the room on a home surveillance camera.Kelsey Smith

Video footage from a surveillance camera set up in the room to watch the boy for medical purposes shows the intruder, and Smith is heard demanding she leave. A relative heard the commotion and called 911.

Zinser got up and left, and was quickly arrested on burglary and harassment charges, but Multnomah County District Attorney Mike Schmidt’s office released her a day later.

Smith told FOX 12 Oregon that she called Schmidt’s office Tuesday to check on Zinser’s status, only to learn that she’d been released.

Zinser was arrested on burglary and harassment charges.Clackamas County Sheriff

Zinser was released from jail under a “court ordered release.”Portland Police

“They said the charges have been dropped and that I can leave a message for the DA, and he can call you back,” Smith said. “I haven’t heard anything — and that was two days ago.

“I have to assume someone heard that message and nobody has gotten back to me. I don’t understand why she is not in jail. She’s not harmless. She proved that.”

Zinser was released from jail under a “court ordered release” with her bail set at $0, Fox News Digital reported.

The DA’s office did not immediately return messages from The Post.

“My first thought was what is going on?” Smith said. “The fear didn’t come until after she was gone, and I started to run through the scenarios in my head about how this could have played out differently if my younger kids had been home.”

Ukraine pays tribute to Russian woman who fought on its side

Ukraine pays tribute to Russian woman who fought on its side