Danny Masterson accused of choking woman until she thought she was ‘going to die’ during sex, court hears 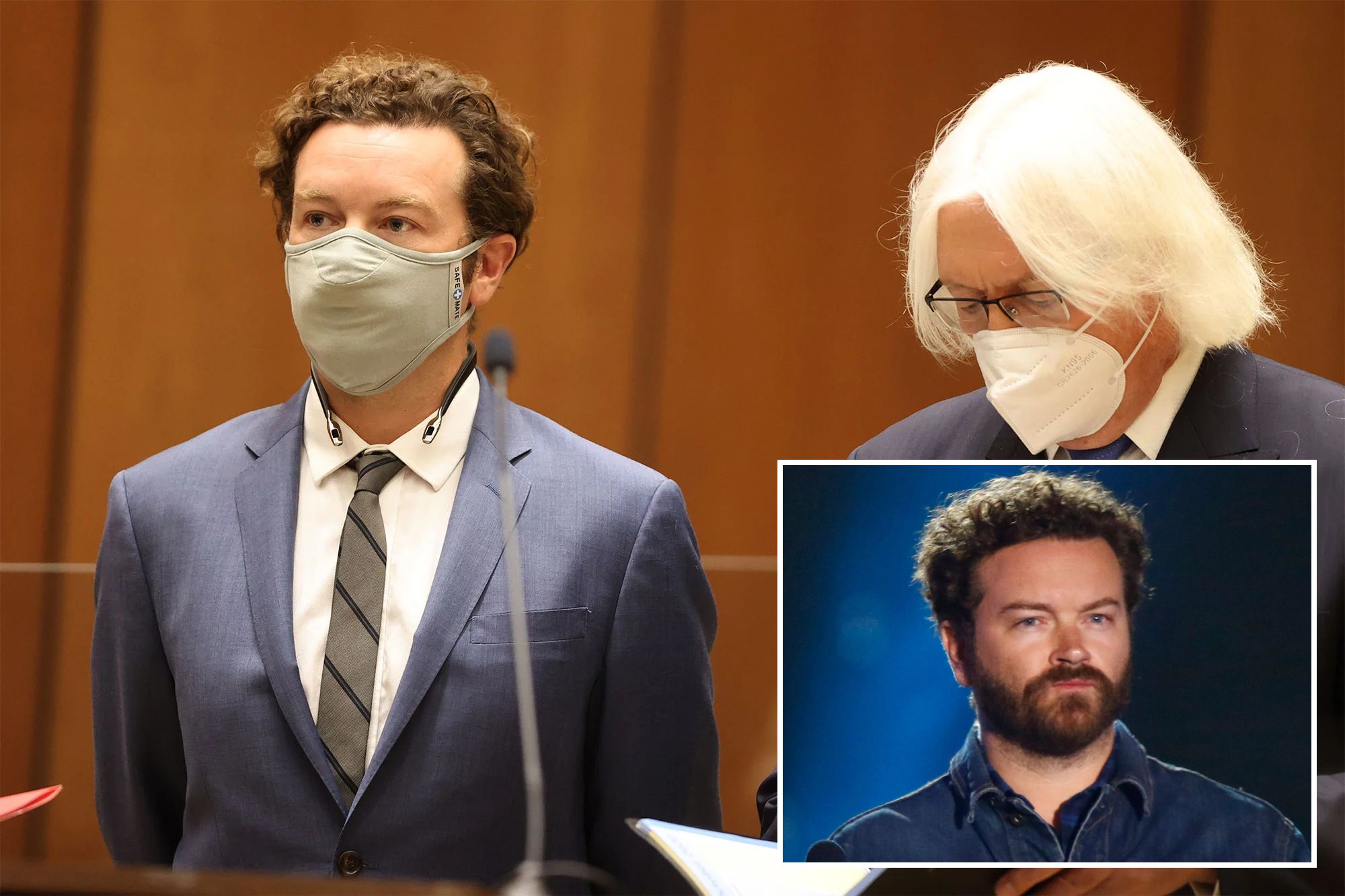 Danny Masterson was accused of choking one of his alleged victims so hard during sex she thought she was “going to die,” during the second day of his rape trial Wednesday.

The woman, using the name Jen B. in court, described the sexual encounter she had with the “That’s ’70s Show” star in April 2003, when she said he raped her.

The accuser is one of three who are testifying at trial that Masterson raped them. He has pleaded not guilty to all the charges against him.

She said the incident took place at Masterson’s LA home where she had gathered with him and other people she knew through the Church of Scientology after a birthday party.

The woman, now 48, said she went in and out of consciousness after being given a drink by Masterson but recalled how the seemingly angry star pushed her onto a bed after he had dragged her out of his shower.

Jen B. then said she woke up with Masterson on top of her and felt his penis in her vagina. She struggled to break free but managed to pull his hair.

She then grabbed a pillow and tried to push him back with no success.

Danny Masterson was accused of choking one of his alleged victims so hard during sex she believed she was going to die.Wade Payne/Invision/AP

“He shoved the pillow back on my face with all of his body weight on me … smothered. I could not breathe,” Jen B said as she sobbed to the jury at Los Angeles County Superior Court.

Jen B. then recalled Masterson grabbed both of her wrists and held them over her head with one hand, while placing his other around her throat and choking her.

Keep up with today’s most important news

Stay up on the very latest with Evening Update.

When asked by Deputy District Attorney Reinhold Mueller what she was thinking at that point, Jen B. answered: “That I was going to die. That he was going to kill me.”

Overwhelmed with emotions and struggling to speak, Jen B said “I can’t do this.”

Judge Charlaine Olmedo called for a short break and allowed her to regain her composure outside of the courtroom.

When she returned to the stand, Jen B. continued her story and said she recalled Masterson was still on top of her when he said: “‘You like this.’ He said, ‘You’re not going to tell f—ing Lisa [Marie Presley]. You’re not going to f—ing tell Paige [Dorian].’”

During earlier testimony the accuser explained how she was brought up as a Scientologist and testified she belonged to a “tight-knit” group of people from the religion in Hollywood which included Masterson, the actor’s best friend, Luke Watson, Presley and Dorian, her assistant, at the time.

Jen B. said the next thing she recalled was a male voice in the distance, Masterson reaching into the nightstand and pulling out a handgun. While she testified Masterson did not point the gun directly at her, the actor put the gun about a foot away from her body and then placed it back into a drawer.

“I don’t know if he was yelling back at the man at the door,” Jen B. said.

When Masterson got up from the bed, Jen B. said she tried to pull herself up, but she didn’t have control of her body. She crawled to the floor and crawled into the closet.

Masterson has pleaded not guilty to all the charges against him.Getty Images/Lucy Nicholson

The accuser knew Masterson through the Church of Scientology.GC Images

At some point during the night she tried it leave but Masterson put her in the bed, she told the jury.

Her next recollection was waking up the next morning, but Masterson was not in the house. Instead she found Watson who told her to report to the “president’s office” at the Scientology Celebrity Center, where his mom was president at the time.

Jen B. didn’t go to the Celebrity Center that day, but described how her relationship with her group of friends began to deteriorate from there, saying she was served with regular Knowledge Reports – these are special reports given to Scientology members who have “stepped out of line,” and are usually given after someone has reported them to their bosses.

Jen B. said she also was summoned to the Church’s ethic’s office and said she felt pressure to take responsibility for the rape incident and to not blame Masterson.

“I was forced to make peace and bury the hatchet so we could be cool,” Jen B., who has since left Scientology, said of Masterson.

Masterson is facing three counts of forcible rape over incidents which allegedly took place between 2001 and 2003.Everett Collection / Everett Col

Referring to her time in the religion, she added: “You can never be a victim. Nothing ever happens to you without being your fault.”

Lawyers for Masterson have said they plan to show how his three accusers’ stories have changed over time, and that they have “contaminated” the case by talking with each other about their experiences.

Defense attorney Philip Cohen said: “You’re going to hear that after they were ordered, instructed and admonished by Los Angeles Police Department [LAPD], these women spoke to each other [and] spoke to other witnesses.”

He also claimed elements of the womens’ stories have blended together.

“I think you will hear through those conversations that these ‘themes’ start to take place.”

Masterson, 46, is facing three counts of forcible rape over incidents which took place between 2001 and 2003. If convicted of all the charges, the actor could face a maximum sentence of 45 years in prison.

US veteran and father of five dies fighting in Ukraine

Danny Masterson accused of choking woman until she thought she was ‘going to die’ during sex, court hears

US veteran and father of five dies fighting in Ukraine