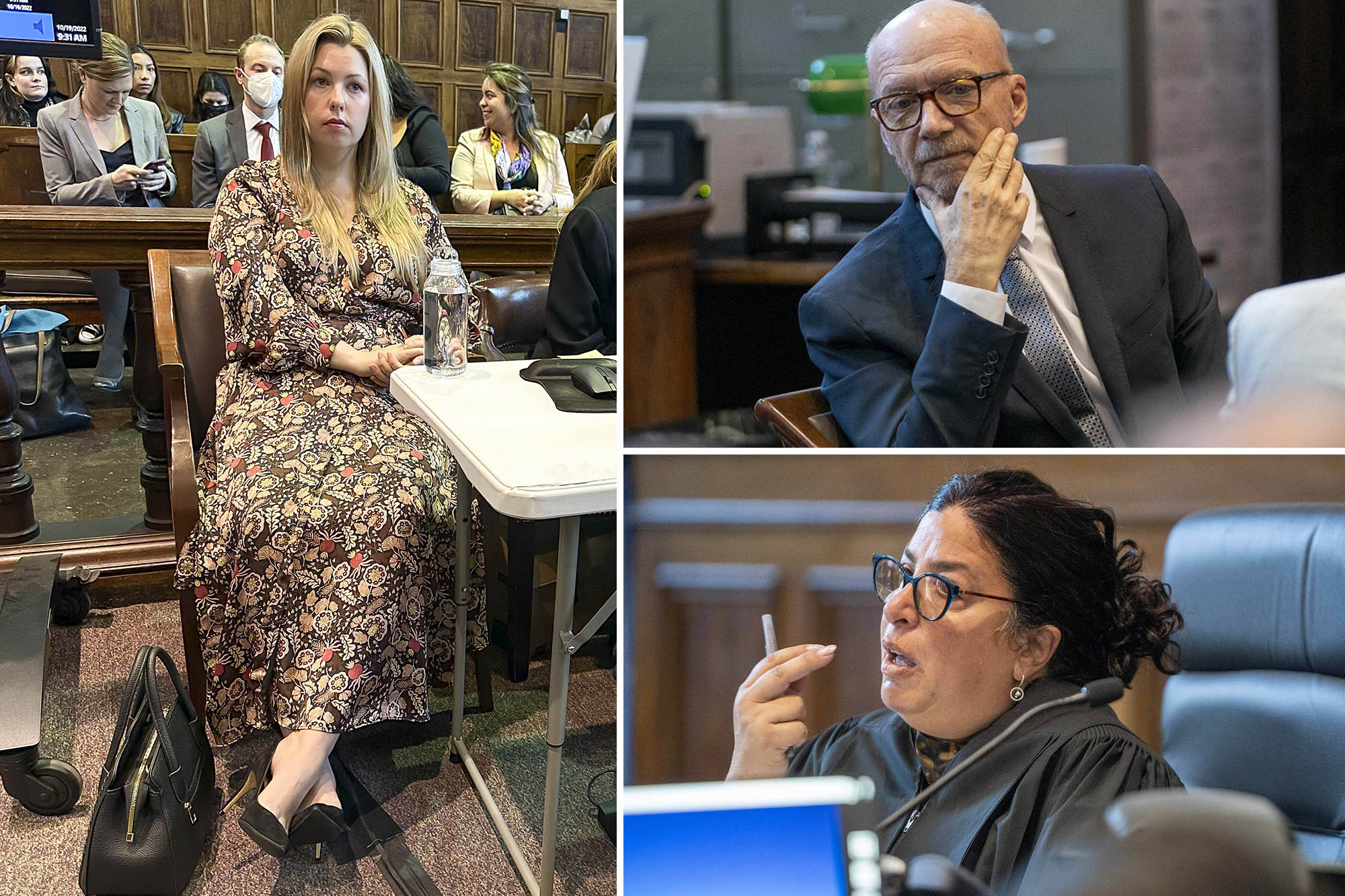 A publicist for a Canadian TV show described allegedly being sexually assaulted by a “dead-eyed” Paul Haggis, as the civil rape trial against the director got underway in a Manhattan courtroom Wednesday.

The video testimony — from the first witness in the trial — was played for jurors hearing evidence in the lawsuit brought by publicist Haleigh Breest against the 69-year-old “Crash” director.

The witness, who asked not to be publicly identified, is one of four in the case who have accused Haggis of sexual assault, but who don’t have cases against him.

She recalled how Haggis allegedly forced her to give him oral sex and then raped her one evening in 1996 while the two were working on the Canadian TV show “Due South.”

During the attack, Haggis had “just a very creepy look on his face and in his eyes — dead-eyed in a way — like there was a disconnect,” she testified in the video deposition, taken on Sept. 6, 2019.

The civil trial of director Paul Haggis on allegations of sexual abuse began in a Manhattan courtroom Wednesday.
Alec Tabak

Haggis denies he raped Breest and claims the encounter was consensual.
Steven Hirsch

The lawsuit was brought by publicist Haleigh Breest against the 69-year-old “Crash” director.
Steven Hirsch

The woman, who was 28 at the time, said the Oscar winner had asked her to come to his office after hours. An “aggressive” Haggis then grabbed her arm and started trying to kiss her, “which was very shocking,” she said.

“It was very creepy,” she testified. “It was like he was in attack mode.”

Haggis — an executive producer and writer on the show — then allegedly raped her against the wall and then on the floor, she said.

The woman said she was “completely horrified” by the encounter, especially considering she “found him physically repulsive.”

“I don’t know why I didn’t just run out of there,” she said, adding that she was in shock and froze.

The civil trial of director Paul Haggis on allegations of sexual abuse began in a Manhattan courtroom Wednesday.Steven Hirsch

“He’s clearly been up to this for a very long time and I think he should be held accountable,” she testified.

The “Million Dollar Baby” screenwriter used his “storytelling skills and fame” to prey on women in the film industry — including Breest, her lawyer Zoe Salzman said in her opening remarks earlier Wednesday.

Breest is also expected to testify about the alleged Jan. 31, 2013, rape at Haggis’ Soho apartment.

Salzman said the encounter left her client with post-traumatic stress disorder so severe that Breest has only attempted to have sex one other time since — which was unsuccessful because she had “flashbacks” from the alleged rape.

And Breest was fired from her job of nine years as a publicist at the Cinema Film Society once she filed her lawsuit because Haggis was friends with her boss, Salzman alleged.

Breest had been afraid to come forward because of Haggis’ power in the industry and his connection to her boss, but she finally brought the lawsuit after Haggis posted a tweet condemning disgraced producer Harvey Weinstein in 2017, Salzman said.

“The hypocrisy made her blood boil,” Salzman said. “She brought her case two months later in December 2017.”

Haggis denies he raped Breest and claims the encounter was consensual.

His lawyer Priya Chaudhry told the jury Breest’s story has changed many times since the encounter — including initially texting her friend the next day allegedly bragging about giving Haggis oral sex.

Breest’s lawyer claims the “Million Dollar Baby” screenwriter used his “storytelling skills and fame” to prey on women in the film industry.Steven Hirsch

“Haleigh Breest will tell you that it was rape so that you will give her a lot of Paul Haggis’ money,” Chaudhry told the jury.

She claimed that the other accusers set to testify are “red herrings.”

“These are women who never went to the police or even sued Paul Haggis himself,” Chaudhry said.

Chaudhry also told the jury that Haggis will present evidence that he believes will show that the Church of Scientology was behind the alleged bogus accusations by the women because of its vendetta against him for publicly denouncing the church after he left it in 2009.

Another former church member “will tell you that Scientology is very successful at destroying its enemies without leaving a single footprint behind,” Chaudhry said.