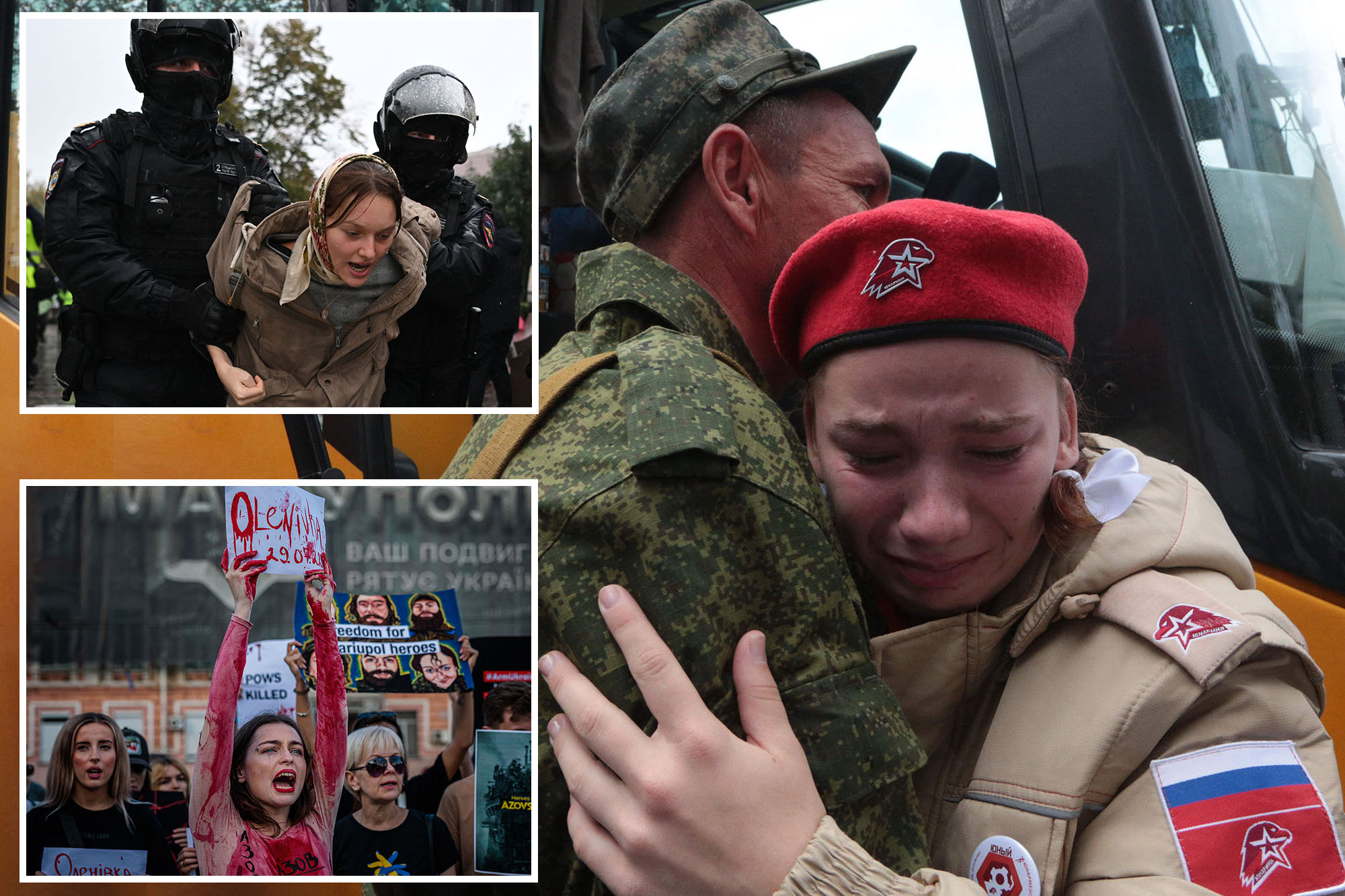 Russia could start conscripting women into its war in Ukraine — as the rogue nation loses control of its ruthless invasion, a Kremlin military honcho hinted.

Russian army Gen. Vladimir Boldyrev floated the possibility as the country loses large swaths of ground in areas first captured after the Feb. 24 onslaught, including a Russian withdrawal from the Kharkiv region.

“If women are called up, then there are many places where they can be used,” Boldyrev, who served as commander-in-chief of Russian ground forces from 2008 to 2010, told local outlet URA.ru last week.

“First of all, they [could be] doctors. The second is the communication centers in the rear. Also rear units, for example, food, clothing, repair, laundries and workshops. This is their main place in wartime,” Boldyrev continued.

But Boldyrev noted that potential female draftees would be thoroughly screened.

“First of all professionalism (is needed). Specialists are called up for their ability to carry out their tasks. Women also must be healthy. Additionally, they require stamina, self-sacrifice, bravery and loyalty to their cause and country,” he said.

However, a second State Duma deputy, Tatyana, was defiant that women should stay in more traditional roles.

“There is no talk of conscripting women,” she told the outlet.

“This is absolutely not about our history … there is always a male warrior and a woman who is waiting for him, guarding the hearth. Women have always taken a different defense.”

Boldyrev also conceded that recruiting women should only be a “last resort.”

“On the whole, war — it’s not for women. And women would be drafted only as a last resort,” he said.

A woman with fake bloodstains at a protest against the partial mobilization in August.AFP via Getty Images

There has so far been no official talk or confirmation from the Kremlin that women are being considered for military service.

Russian Defense Minister Sergei Shoigu said last week that 82,000 reservists had been deployed to Ukraine, while 218,000 others were still being trained. He said there were no immediate plans to round up more conscripts.

President Vladimir Putin announced in September that he had signed the decree for partial mobilization — and ordered that as many as 300,000 reservists be called up to fight in Ukraine.

The alarming announcement triggered mass protests across the country.

The notion of potential female conscripts comes as Russia struggles to recoup heavy losses in its ongoing war, which has reached its eighth month.

Earlier this week, it was revealed that the paramilitary Wagner Group was resorting to shoving abused prisoners onto the front lines.

Police officers detain a woman in Moscow following a protest against the mobilization.AFP via Getty Images

“They were grabbing everybody, including dozens of the so-called ‘Shamed,’ people who are terribly humiliated in prisons. At least nine coffins with nailed-down lids came back to the IK-6 penal colony,” human rights activist Ruslan Vakhapov told the Daily Beast of the controversial recruitment.

Kyiv’s mayor warned that the capital’s power grid is working in “emergency mode” with energy supplies down as much as 50% from pre-war levels.

A woman says she wore a bikini to break Disney World’s dress code and get a free shirt, but her plan backfired

'This place is really bearing the brunt': Ward reports from site of strike in Ukraine