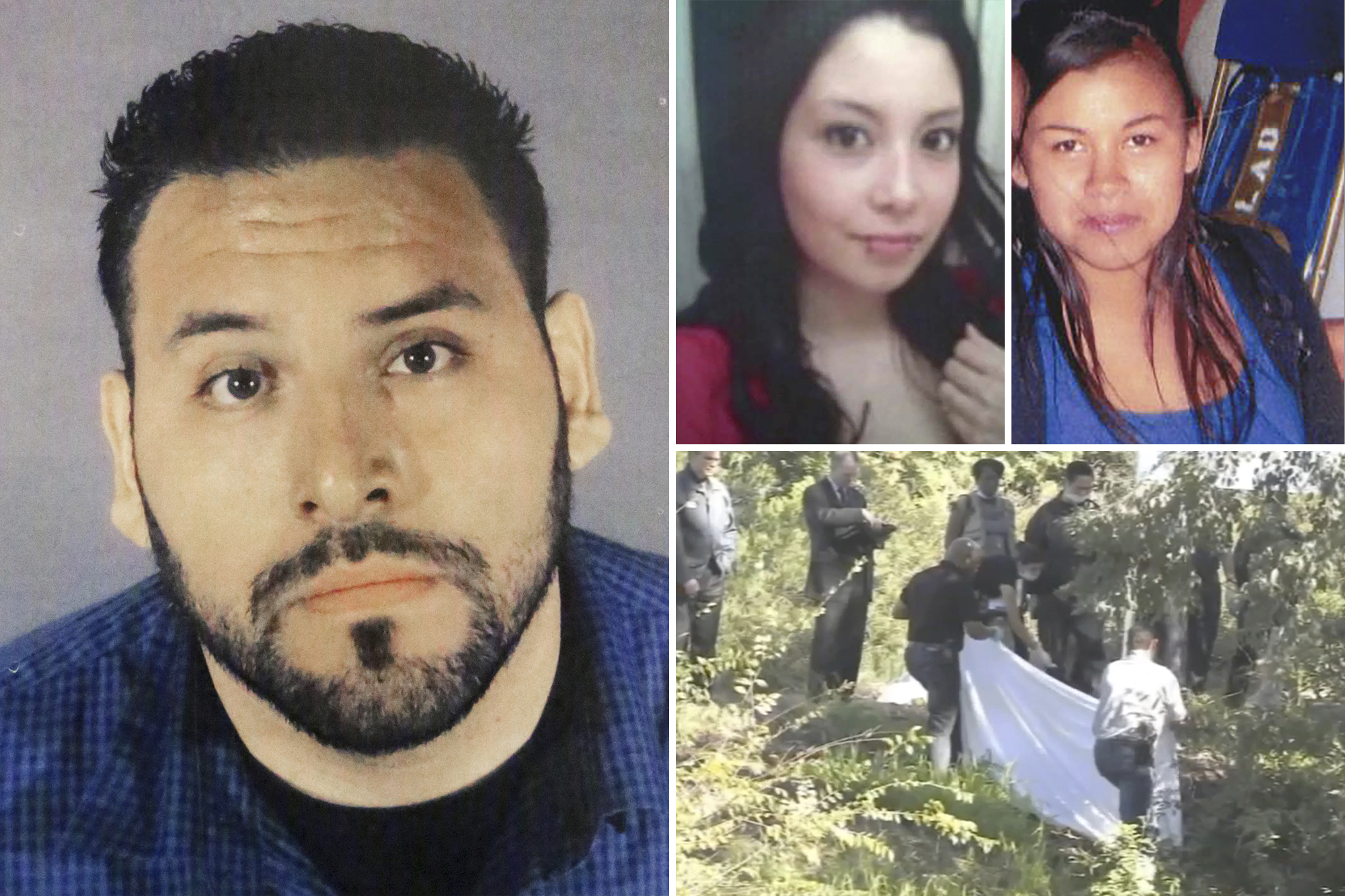 A California man pleaded no contest Monday to raping and murdering two young women — more than five years after he was arrested thanks to spit scraped from a Los Angeles sidewalk.

Los Angeles County District Attorney George Gascón announced that 38-year-old Geovanni Borjas entered his pleas to two counts each of first-degree murder and forcible rape and one count of kidnapping.

He also admitted the special circumstance allegations of multiple murders and murder in the commission of a rape and a kidnapping.

Lozano’s body was discovered wrapped in plastic bags and stuffed inside a container a day after her disappearance in April 2011 near the 5 Freeway in the Boyle Heights neighborhood. An autopsy found she had been strangled.

Michelle Lozano, 17, was found dead by the side of the 5 Freeway in Los Angeles in April 2011. She had been strangled. Santa Cruz, Nicole

Bree’Anna Guzman, 22, was found dead near the 2 Freeway a month after her Dec. 2011 disappearance.

Guzman disappeared in Dec. 2011 on her way to a store to buy cough drops. Her badly decomposed remains bearing the signs of unspecified trauma to the neck turned up a month later near the 2 Freeway, according to police.

Both victims were sexually assaulted and DNA evidence was recovered at both crime scenes, but it did not produce a match in state or national criminal databases.

LAPD investigators then turned to a controversial DNA testing technique known as familial DNA testing, which allowed them to compare evidence from the crime scenes to law enforcement databases to identify likely relatives of the person who may have committed the crime.

The search resulted in a match to Borjas’ father, whose DNA was on file from a prior arrest.

Detectives began to follow Borjas and collected his DNA after he spit on a sidewalk. The sample matched the DNA that was collected from the crime scenes, and Borjas was arrested in May 2017.

“Both families have endured a tremendous and incalculable loss,” DA Gascón said in a statement. “The pain for the victims’ families will never go away but I want to make sure they continue to receive the services they need as they move forward.

Borjas faces life in prison without the possibility of parole when he’s sentenced Dec. 12.

Prosecutors were originally seeking the death penalty in the case, but it was taken off the table following the election of Gascón, who stands against capital punishment.

During a court hearing last year, Guzman’s mother decried the decision to spare Borjas’ life as a “slap in the face” of the victims’ families, reported ABC7.