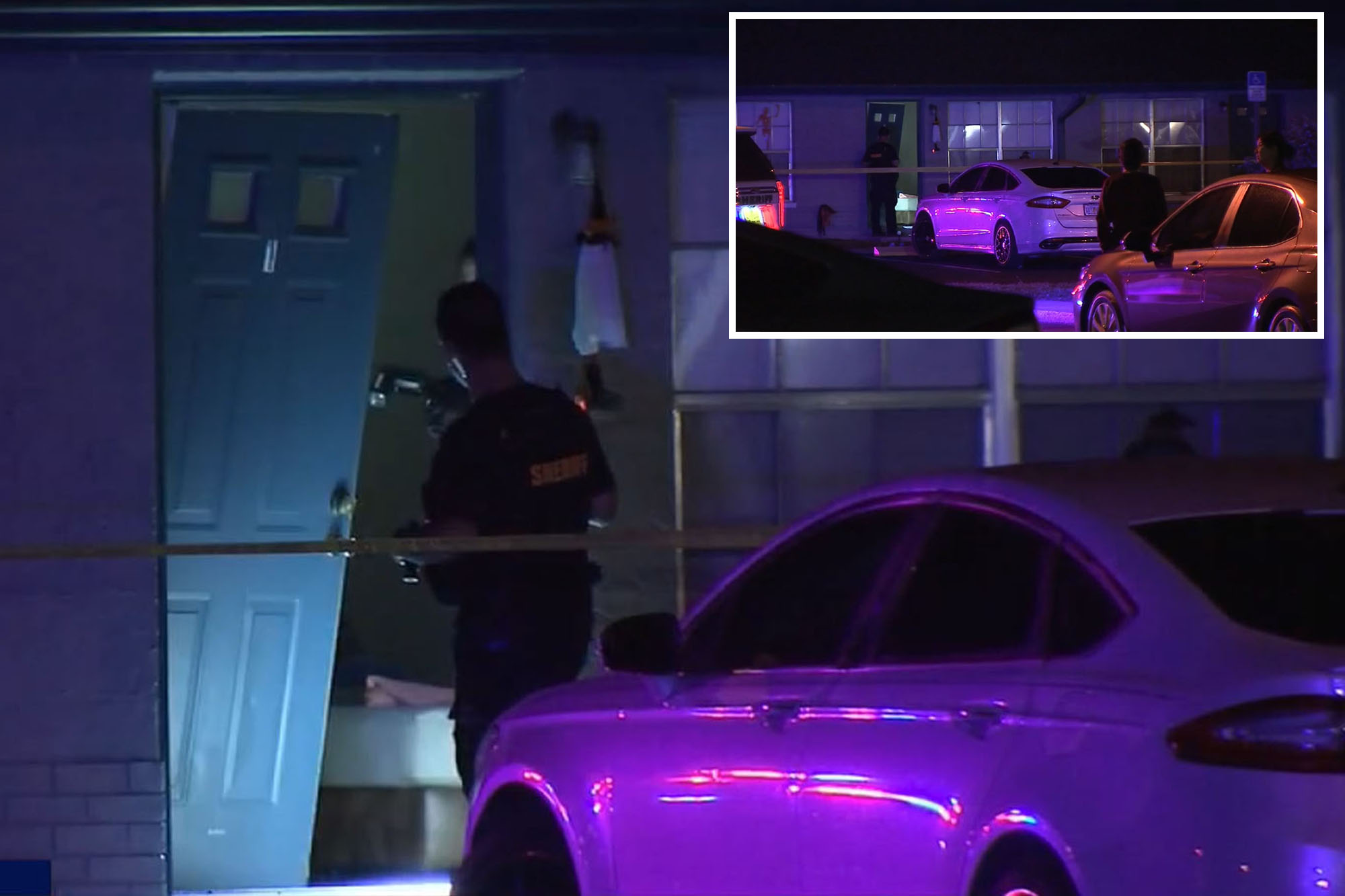 A Florida woman was killed in front of two young children after a gunman wearing a skull mask forced his way into her home early Tuesday and executed her in what a sheriff described as a “targeted” hit.

Pasco County Sheriff Chris Nocco said during a press conference that the suspect knocked on a door at a home on Manifee Court in New Port Richey sometime after 12:30 a.m.

The knock awakened another woman who was sleeping on the couch in a front room. As she got up, a man wearing a black skull mask kicked the door in and pointed a gun at her, Nocco said.

The intruder continued on to a bedroom, where the female victim was sleeping along with two children under 12, and flipped the light switch, Nocco said.

Authorities in Pasco County, Florida, say a gunman kicked in a door at this Port New Richey home early Tuesday and executed a woman in front of two children. WTVT

“The light comes on, (the victim) sees the suspect walk into the door,” he said. “She sits up. As she sits up she says, ‘Don’t shoot me.’ The suspect then fires one round at her. She falls off the bed. He fires another round directly at her, striking her.”

The victim was transported to a hospital, where she was pronounced dead. She had not been named as of Tuesday.

The victim begged the gunman wearing a black skull mask not to shoot her before he fired at least two rounds.WTVT

The children and the second woman who was in the house were not injured in the shooting, he said. The sheriff did not say how the occupants of the home were related to one another.

The masked killer fled and investigators were searching for him. He was described as a 5-foot-10 man with a heavy build who was last seen wearing all dark clothes, reported the station Fox 13.

Nocco said he didn’t yet know whether the shooting was domestic-related, but anyone involved in a relationship with the victim will be questioned, he said.

Two children under 12 and a second woman escaped unharmed. WTVT

“Clearly this person was targeted,” Nocco said. The sheriff added that it appeared the attacker was familiar with the layout of the house.

He said mental health counselors are working with the two children and the second woman.

“For these young kids, I can imagine they were out last night trick-or-treating and I can imagine they went to bed a little later, like all the kids did last night,” Nocco said. “But to be woken up, to have a suspect walk in, turn that light on and shoot the person who was in the bed with them, that’s horrific. That’s the only word I can think of.”