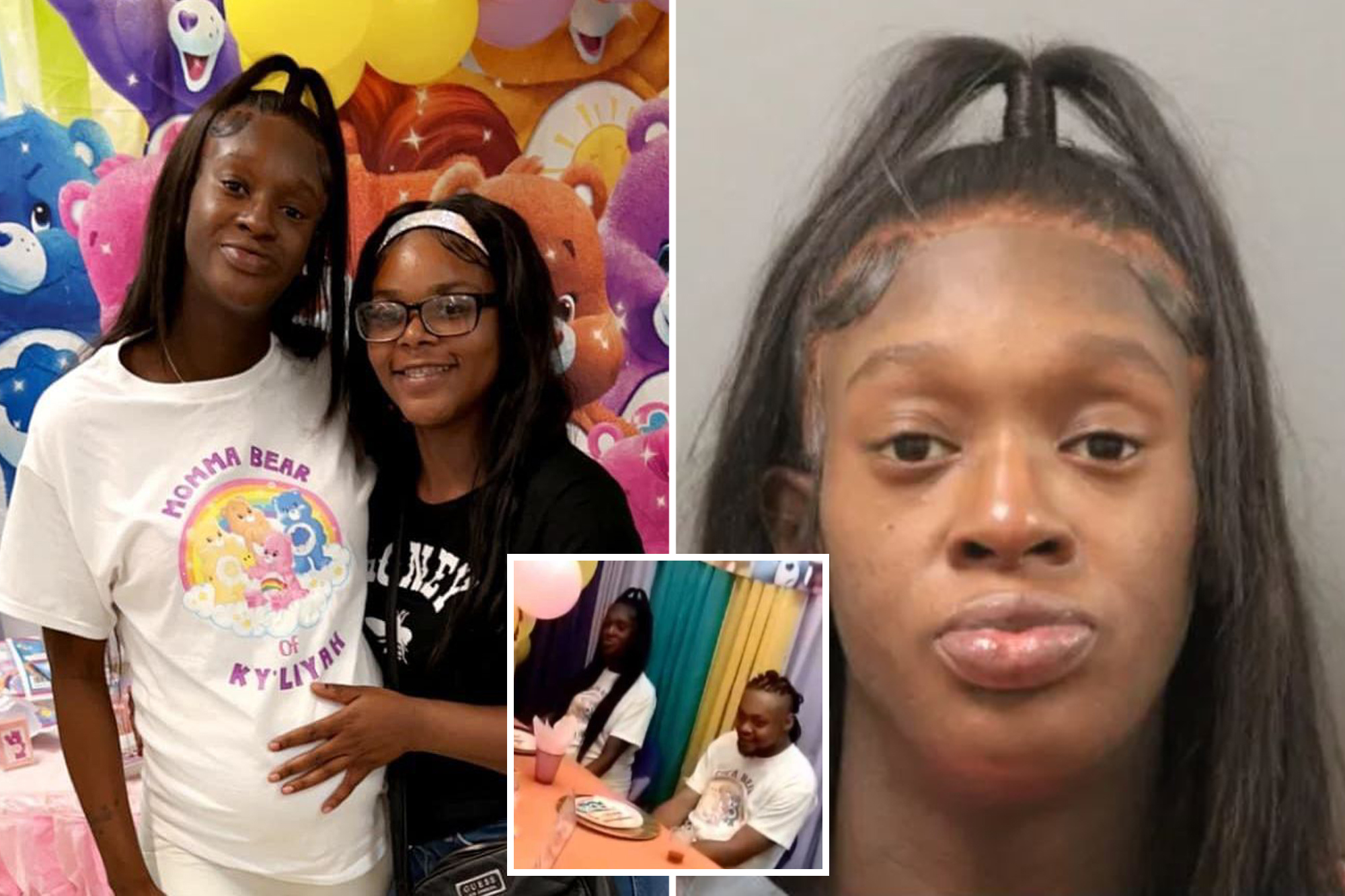 A heavily pregnant Chicago woman fatally stabbed her boyfriend just hours after the couple held their baby shower — during a fight over who would get to use the microwave to reheat food.

Keshia Golden, 33, was arrested Oct. 23 and charged with first-degree murder in the stabbing death of her beau, Calvin Sidney, 29, the Chicago Sun-Times reported.

The pair had returned to their apartment early that morning with relatives after the celebration the night before when they got into an argument about the use of the microwave about 3 a.m., prosecutors said.

The eight months’ pregnant woman knocked a plate out of Sidney’s hands and he retaliated by shoving her on the counter – prompting the boyfriend’s uncle to separate the two, officials said.

Sidney stormed off to a bedroom, where Golden allegedly stabbed him in the leg with a knife and left the apartment after dropping the weapon, the Sun-Times reported, citing prosecutors.

Keshia Golden, 33, was charged with first-degree murder for allegedly stabbing her boyfriend to death in a fight over leftover food after her baby shower.Rachman, Chad

The boyfriend’s femoral artery was reportedly cut in the attack and he died at Mount Sinai Hospital.

A few hours later, Golden was arrested after she returned home – unaware that Sidney was dead.

“She didn’t mean to kill anyone,” her mother Tarsha Ellis told the Sun-Times.

“She’s broke up about it. She didn’t know you could kill someone by stabbing them in the leg. She just wanted him to leave because he was acting out, and she was worried about hurting the baby. And he wouldn’t go,” she said.

“It was just toxic with those two,” Ellis added. “But they loved each other. If he could raise up right now, they wouldn’t have no case because he would never want charges against her.”

Keshia Golden, 33, seen on the left at her baby shower, and her boyfriend Calvin Sidney, 29, had a tumultuous relationship, officials said.

During a bail hearing in which Golden was ordered held of $2 million bail, prosecutors said the couple have had other violent incidents.

Police said they responded to five domestic violence calls at the apartment between June and September, four of which Golden said Sidney had choked, punched, slapped or pushed her.

In July, she took out an order of protection against Sidney after he punched her in the face, officials said.

The following month, Sidney declined to press charges after he required hospital treatment when Golden cut his neck, prosecutors said.

Golden’s public defender, Julie Koehler, told the newspaper that her client spent four days at a hospital for injuries she suffered in the final fight with her boyfriend.

The attorney also slammed the $2 million bail order, which would require her client to post a $200,000 bond to be released.

“To not only force Keshia to give birth in jail but then to immediately take her child away after birth is cruel to the mother and the baby,” Koehler told the paper.

“This heartless decision is contrary to Illinois law. All the evidence shows Keshia acted in self-defense. The only person she’s ever shown any violence toward was the man that was beating her,” she added.

The Cook County state’s attorney’s office declined to comment to the Sun-Times.

CNN anchor asks Saudi ambassador if the kingdom is siding with Russia. Hear her response

Watch the moment hackers take over a nightly news program

Why Is It So Hard for Some Animators to Illustrate Black Hair?