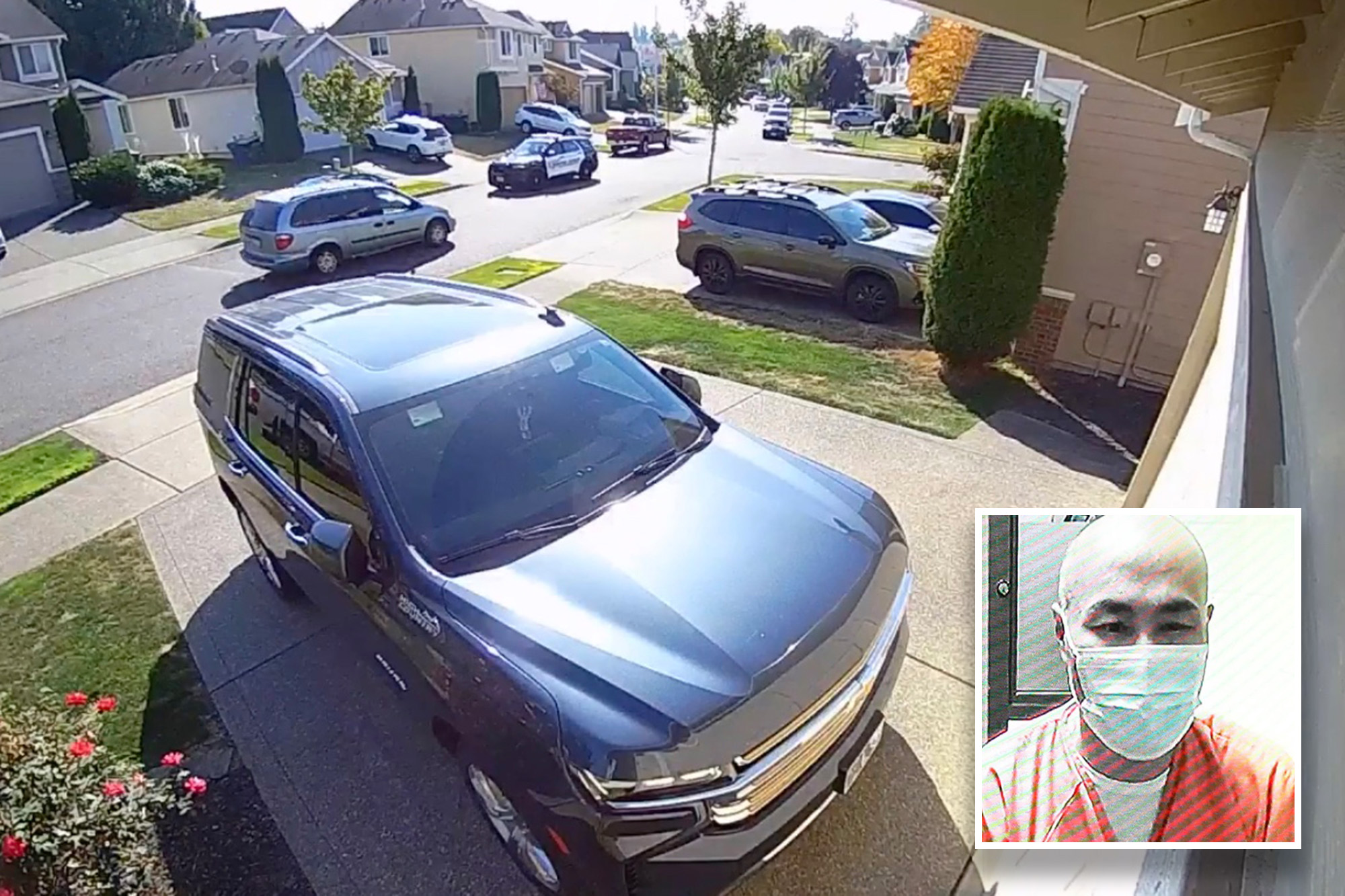 Harrowing audio has emerged of a Washington state woman’s 911 call after she was allegedly bound and gagged by her estranged husband before being buried alive in a shallow grave.

Chae An, 53, is accused of the heinous crime against Young An, 42, in a dispute about their divorce and finances.

After being duct-taped, Young managed to call 911 with her Apple Watch when Chae left the bedroom.

In the seven-minute muffled call, obtained by Fox News, the desperate woman is heard pleading for help, but the dispatcher can’t understand what she is saying.

She asks the victim if she was having a medical emergency and tells her she was sending help.

“I’m gonna get help started for you – hold on for a second,” the dispatcher says.

A surveillance camera captured the moment Young An, 42, was allegedly abducted by her estranged husband, Chae An, 53, in Washington state.Lacey Police Department

The minivan is seen speeding away as a police SUV arrives at the scene.Lacey Police Department

Moments later, Chae allegedly dragged his estranged wife to the garage, where he broke her watch, threw her into his minivan and drove off.

Video from a neighbor’s surveillance camera captured the vehicle passing by a police SUV that was just arriving at the scene. Other cameras also show the minivan speeding in the area.

Police were unaware at the time that there had been an abduction, police told Fox News.

“The dispatch was an ‘unknown trouble call,’” Sgt. Shannon Barnes told the news outlet Wednesday. “So he had no information about anything he was walking into.”

The suspect took her to a wooded location where he allegedly stabbed her in the chest and buried her alive in a shallow grave.

Young said she managed to breathe by squirming to keep the dirt from suffocating her as she lay in the pit for several hours before finally succeeding in tearing off the tape.

She made her way to a nearby home in Lacey, about 60 miles southwest of Seattle, where she banged on the door pleading for help, police said.

When a sheriff’s deputy arrived, Young shouted, “My husband is trying to kill me! Help me!” according to a probable cause statement.

Young, who had a restraining order against Chae that had been rescinded before the alleged abduction, was seen shopping for Halloween candy Monday after surviving the ordeal, Fox News reported.