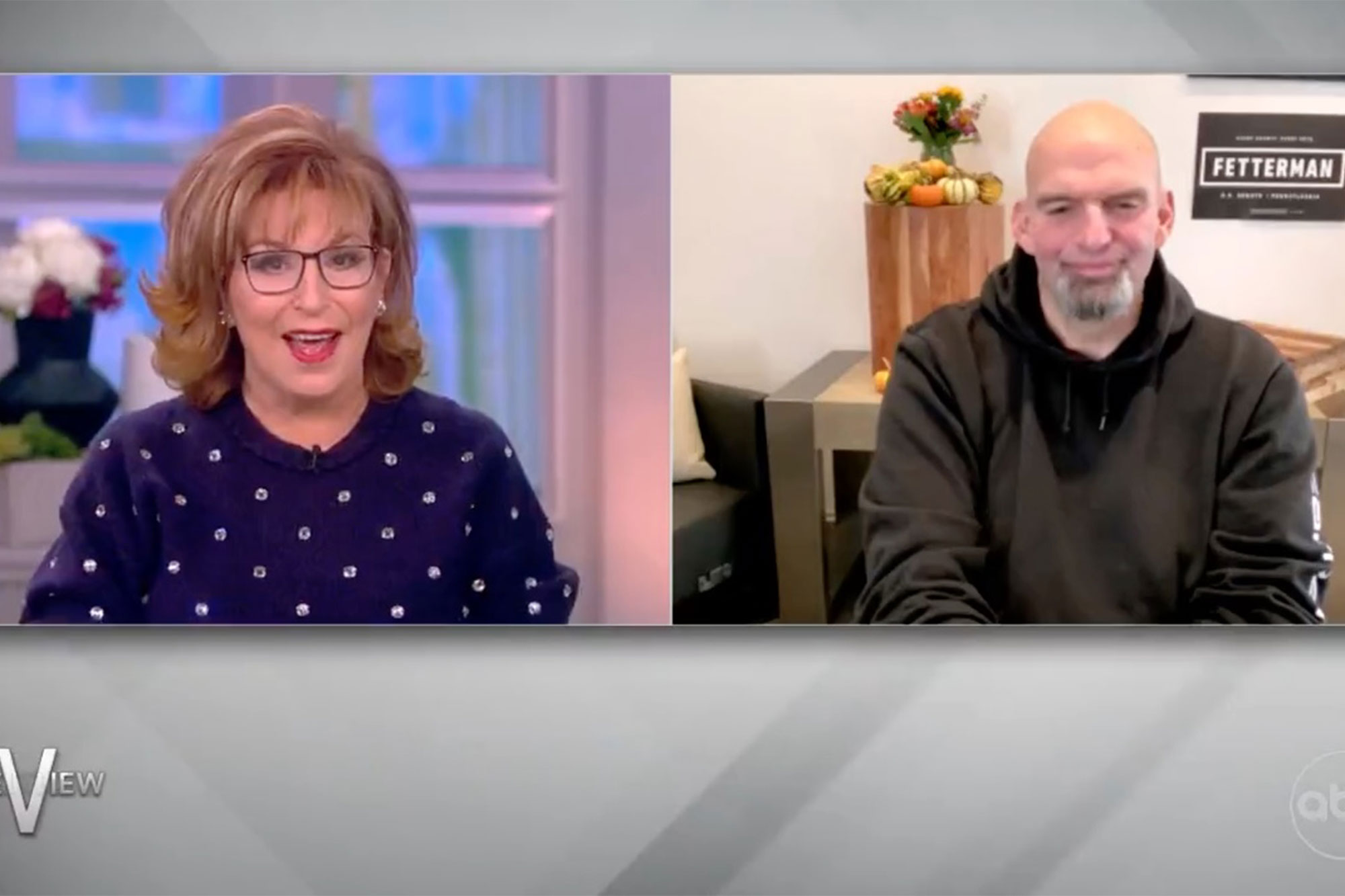 Pennsylvania Lt. Gov. John Fetterman got a hero’s welcome on “The View” Friday, with the Democratic Senate candidate claiming to the left-leaning panel he has been “transparent” about his health since a May stroke — despite refusing to release his full medical records.

Fetterman appeared remotely on the ABC gabfest with the assistance of a closed-captioning monitor as a series of new polls show him trailing Republican opponent Dr. Mehmet Oz for the first time.

“I continue to get better and better every day,” Fetterman said when asked by co-host Joy Behar what his doctors are telling him about his recovery.

“And, you know, we’re running a successful campaign here at the highest levels,” the 53-year-old added. “So I really do fundamentally believe that both our doctors — we believe we are fit to serve.”

Fetterman said that his doctors have told him he is “fit to serve.”The View/Twitter

“Since your stroke, you’ve only released two letters from your doctor and said you will not release your full medical records,” Navarro noted. “Do you feel you owe voters full transparency, or have you been transparent enough? In that you can get the job done.”

“I really feel that we have been leaving the same medical equivalent — information that Dr. Oz did,” Fetterman responded.

“And, you know, we’ve been running a campaign, and I think we have been very transparent in all our doctors’ beliefs, both from June and also in October. All agree that I am fit to serve,” he continued, adding, “I feel that we’re running a very transparent race about health issues.”

This is not true.

Oz released his full medical records. Fetterman has not. pic.twitter.com/dbWuQXTv5i

The Republican National Committee’s RNC Research account noted after the interview that Oz has released his full medical records, while Fetterman’s most recent disclosure was a one-page note from a doctor who donated hundreds of dollars to the Democrat’s campaign.

The other co-hosts didn’t seem interested in pursuing the matter, with Sunny Hostin telling Fetterman, “Well, I think you look and sound great” and deriding Oz as a “bully.”

Fellow co-host Sara Haines also told the Democrat that “It’s clear your post-stroke troubles are not cognitive and would not hinder you as a senator.”

Fetterman would not commit to releasing his full medical records.The View/Twitter

The Media Research Center, a conservative media watchdog group, characterized the interview with Fetterman as “a cakewalk,”  saying that the show’s hosts “teed him up to go after critics and his Republican opponent, Dr. Mehmet Oz, and downplayed his obviously strained health condition.”

“As expected, The View’s interview w/ John Fetterman was nothing but a softball,” Mediate’s Jackson Richman wrote on Twitter.

Oz leads Fetterman by one percentage point (47.6% to 46.6%) in a Susquehanna Polling and Research survey and has a two-point lead (48% to 46%) in an Emerson College poll taken after their Oct. 25 showdown in Harrisburg.

Oprah Winfrey has endorsed Fetterman in the race. Getty Images for Global Citizen

The endorsement was notable because Oz first rose to prominence as a health expert on “The Oprah Winfrey Show” before getting his own show in 2009. His own long-running program, “The Dr. Oz Show,” was produced by Winfrey’s company Harpo.