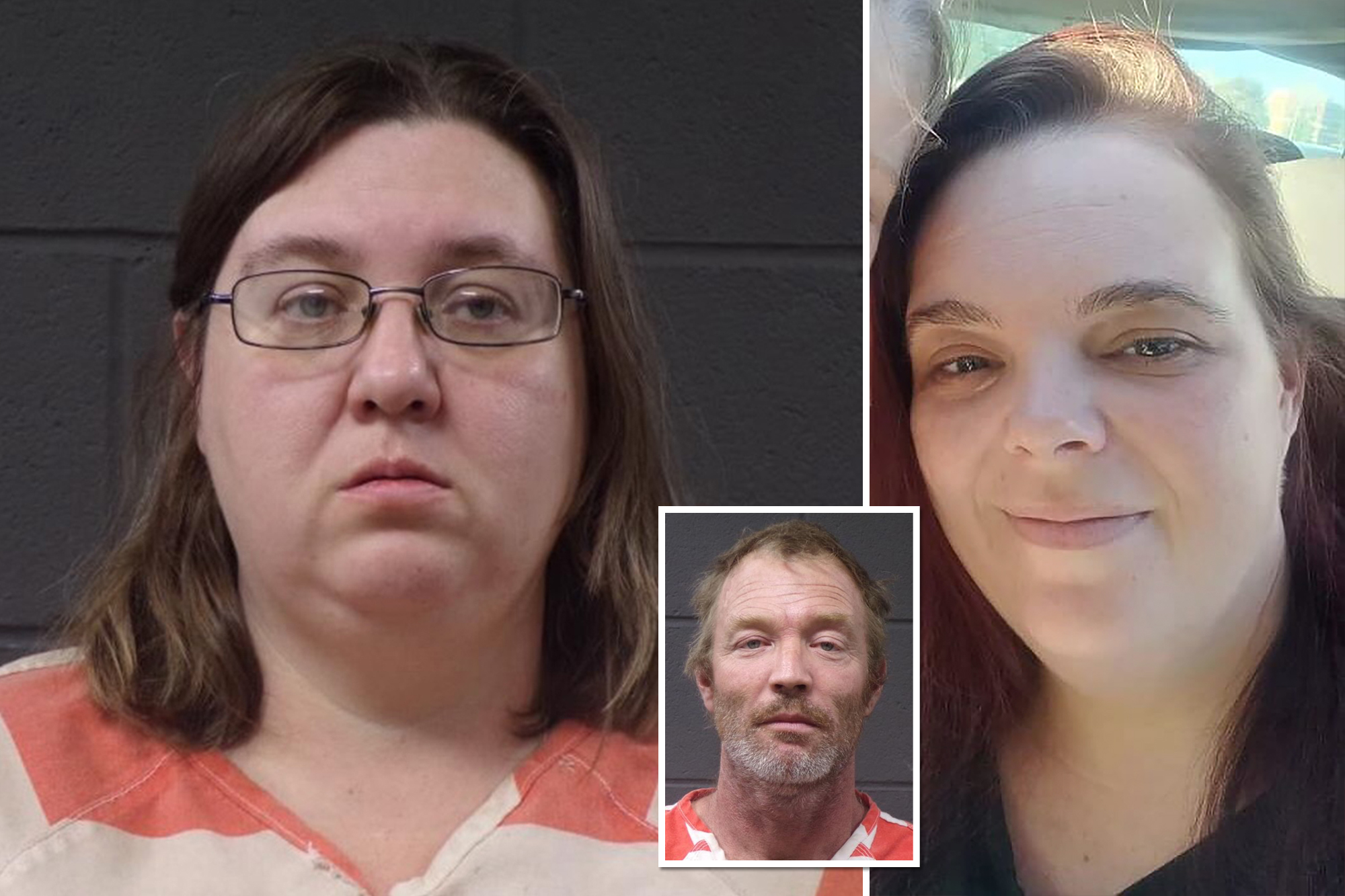 A Missouri woman kidnapped and killed a pregnant Arkansas mom-of-three in a twisted attempt to steal her unborn child — and her husband helped cover up the gruesome crime, officials said.

In the alleged sick plot, Amber Waterman, 42, created a fake Facebook account on Oct. 25 under the name “Lucy Barrows” to lure Ashley Bush under the guise of a job opening, according to a criminal complaint obtained by 5NEWS.

But in reality, it was a ruse to steal her fetus, authorities said. Bush was 31 weeks pregnant.

Bush’s fiancé Josh Willis told 5NEWS that his partner had complications during her fourth pregnancy and was told to take time off work.

However, the mom decided to seek a work-from-home job in a Facebook group for mothers, he said. On Oct. 28, he and Bush went to the Gravette public library to meet “Lucy” about a job.

Bush was then told she had to travel with “Lucy” to Bentonville, Arkansas, to meet the supposed boss, the new outlet said.

Willis said he dropped Bush off at a convenience store in Maysville, Arkansas, on Oct. 31 and went to pick her up at 3 p.m. after she texted him that she was back in Gravette.

Ashley Bush was a mother of three.
KHBS

“All I saw was her and the lady she rode with both pass me, neither one stopped, the driver looked at me and kept going,” Willis told the station.

He said he tried following the vehicle but lost it heading north on Highway 43.

“We tried all night long texting her, calling her, trying to get her to answer,” said Willis, who contacted the company “Lucy” allegedly worked for and was told there was no one by that name employed there.

Amber Waterman has been charged with kidnapping resulting in death.McDonald County Sheriff’s Department

The family finally tracked down Bush’s phone, which was found in a ditch less than a mile from where he last saw her.

Meanwhile, Waterman told investigators that she had been home all day on Halloween when she “went into labor,” NEWS5 reported, citing arrested documents.

She called 911, met an ambulance at a shop in Missouri and told authorities she gave birth to a stillborn child, officials said.

Jamie Waterman faces one count of being an accessory to the fatal abduction.McDonald County Sheriff’s Department

McDonald County Sheriff Evenson told KOAM that his officers responded to a report of a newborn baby who was not breathing.

The county coroner was then called to take the baby to a funeral home after EMS was unable to revive her, 5NEWS reported.

A day later, on Nov. 1, the Watermans went to the funeral home and said they wanted to plan a memorial service for the baby the following day, the coroner, BJ Goodwin, told the station.

Ashley Bush was last seen alive by her husband at a convenience store in Maysville, Arkansas on Oct. 31.Google Maps

The memorial service was scheduled for 1 p.m. on Wednesday when that morning the Benton County coroner called asking for a DNA swab from the baby.

When the Benton County coroner arrived to take the baby to perform an autopsy, Goodwin said the couple’s demeanor immediately changed.

When the husband heard about the procedure, he “got up and ran out of the funeral home,” Goodwin told 5NEWS.

The Benton County coroner asked for a DNA swab from the baby when the Watermans tried to schedule a funeral.Google Maps

“Hands down craziest things I have ever dealt with as a coroner for 16 years,” he added.

On Thursday, investigators questioned the husband, Jamie, who allegedly told them that his wife admitted to him that she had killed Bush.

Waterman allegedly led her fiancé to Bush’s body, which was lying face down next to a boat near their house, according to the complaint.

Ashley Bush’s body was found lying face down next to a boat near the Waterman home.
KFSM

A view of Amber and Jamie Waterman’s home.
KFSM

She removed a ring from Bush’s finger and rolled her body onto a tarp, which Jamie dragged to a nearby fire pit where the couple allegedly burned the body, the complaint details.

The couple then allegedly drove the body a short distance away and dumped it.

The Watermans were arrested Thursday and booked into the Greene County jail in Missouri the following day.

Amber Waterman has been charged with kidnapping resulting in death, while Jamie Waterman faces one count of being an accessory to the fatal abduction.