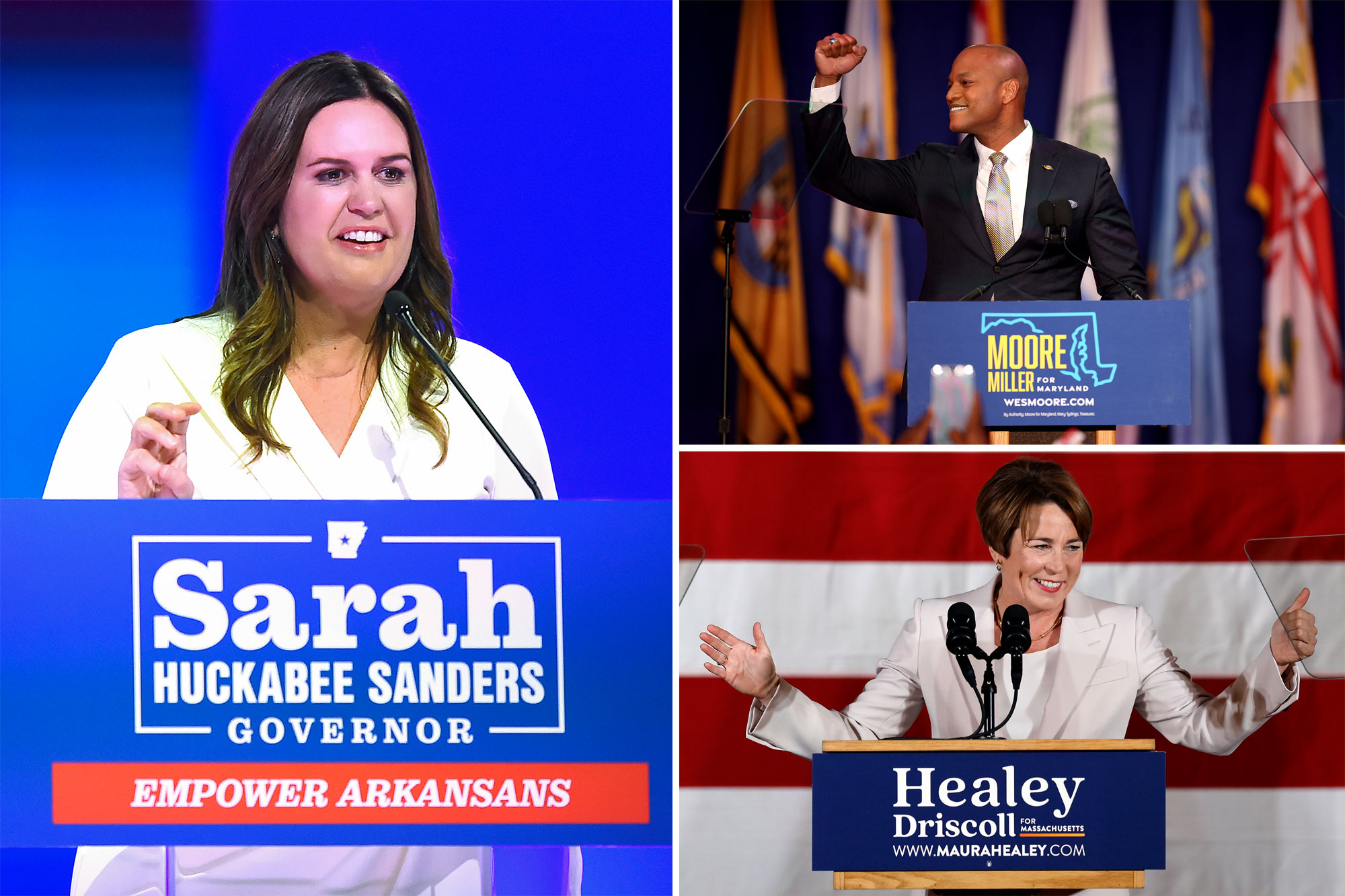 Voters tore down barriers across the country, with female, openly gay and black candidates scoring historic wins — and the first member of Generation Z was elected to the House of Representatives.

Maura Healey will be the first woman ever elected governor of Massachusetts, in addition to being the first openly gay politician sent to the Boston Statehouse and the first lesbian to lead a US state.

The current Massachusetts attorney general’s win over Republican Geoff Diehl also broke a historic curse of sorts. Since 1958, six former AGs had been defeated in their bids for high office.

Healey, who will replace retiring GOP Gov. Charlie Baker, addressed the momentous moment in a victory speech to supporters.

“Tonight I want to say something to every little girl and every young LGBTQ person out there. I hope tonight shows you that you can be whatever, whoever you want to be and nothing and no one can ever get in your way except you own imagination and that’s not going to happen.” Healey said.

“I stand before you tonight proud to be the first woman and the first gay person ever elected governor of Massachusetts,” she added.

Wes Moore will become the first black Governor of Maryland when he takes office.Getty Images

His running mate Aruna Miller also became the first woman of color and the first immigrant elected to statewide office.

Gov. Hochul became the first women to be elected governor of New York.REUTERS

In Florida, Maxwell Alejandro Frost, a 25-year-old Democrat, became the first member of Generation Z to be elected to Congress, defeating GOP challenger Calvin Wimbish to represent the Orlando area in the House.

Frost was born in 1997, making him one of the oldest members of his generation. House members are required to be at least 25 years old under the Constitution.

Hear from the activists fighting to end affirmative action