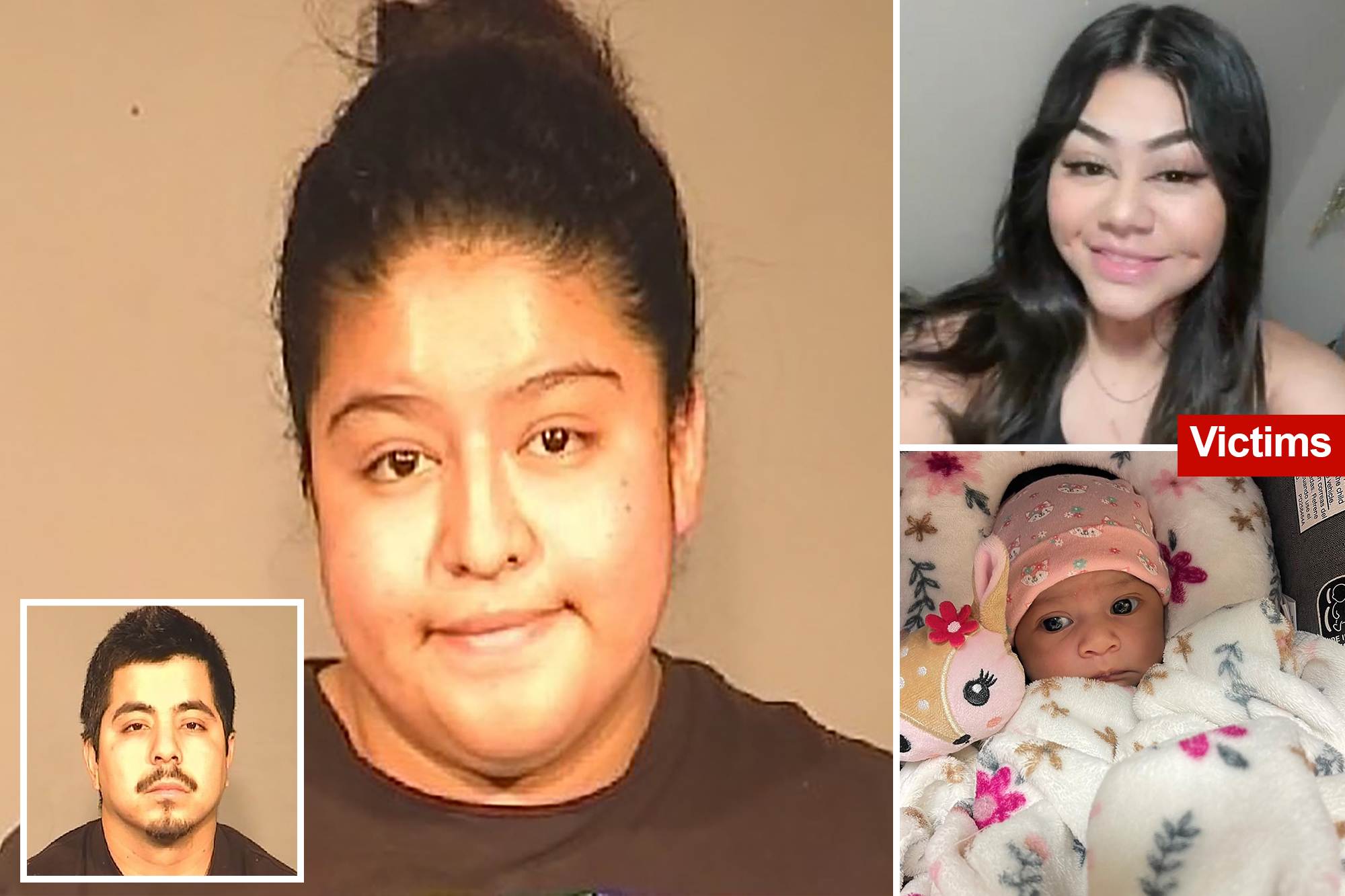 A jealous California woman and her gangster boyfriend fatally shot the woman’s teenage sister and newborn niece, police have charged.

The Fresno Police Department on Thursday announced the arrests of Yarelly Solorio-Rivera, 22, and Martin Arroyo-Morales, 26, on two counts each of premediated murder.

At a press conference, Fresno Police Chief Paco Balderrama said the morning of the carnage, the young mom was killed as she slept in her bed still holding her infant daughter, who was also slain.

Yarelly Solorio-Rivera, 22, has been arrested for allegedly killing her younger sister and newborn niece over sibling rivalry and jealousy according to police. Fresno Police Department

When they identified the person as Arroyo-Morales, Balderrama said “that is when the lies, the deception and the evil intentions surrounding this case began to unravel.”

Both Arroyo-Morales, whom Balderrama described as a “validated gang member,” and his girlfriend allegedly confessed to the slaying — and then led detectives to a Smith & Wesson 9mm handgun.

Balderrama told reporters Solorio-Rivera had revealed her motivation as “jealousy and sibling rivalry,” but did not elaborate. He said the suspects showed “no remorse whatsoever” even after the alleged confession.

Yanelly Solorio-Rivera, 18, was asleep in her bed with her baby daughter in her arms on the morning of Sept. 24 when she was shot dead. National Gun Violence Memorial

Celine Solorio-Rivera was just 3 weeks old when she was gunned down, allegedly by her own aunt. Fresno Police Department

Police said the suspects confessed to the killings and led them to the murder weapon, this Smith & Wesson 9mm handgun. Fresno Police Department

Prosecutors said they will file murder charges with special circumstances that will allow them to seek sentences of life in prison without the possibility of parole, or the death penalty.

Solorio-Rivera and Arroyo-Morales were ordered jailed on $2 million bail. Their arraignments are expected Monday.

Mayor Pete Buttigieg to Beto O'Rourke: I don't need lessons from you

Doctor reacts to Trump's claim: It's a preposterous thought