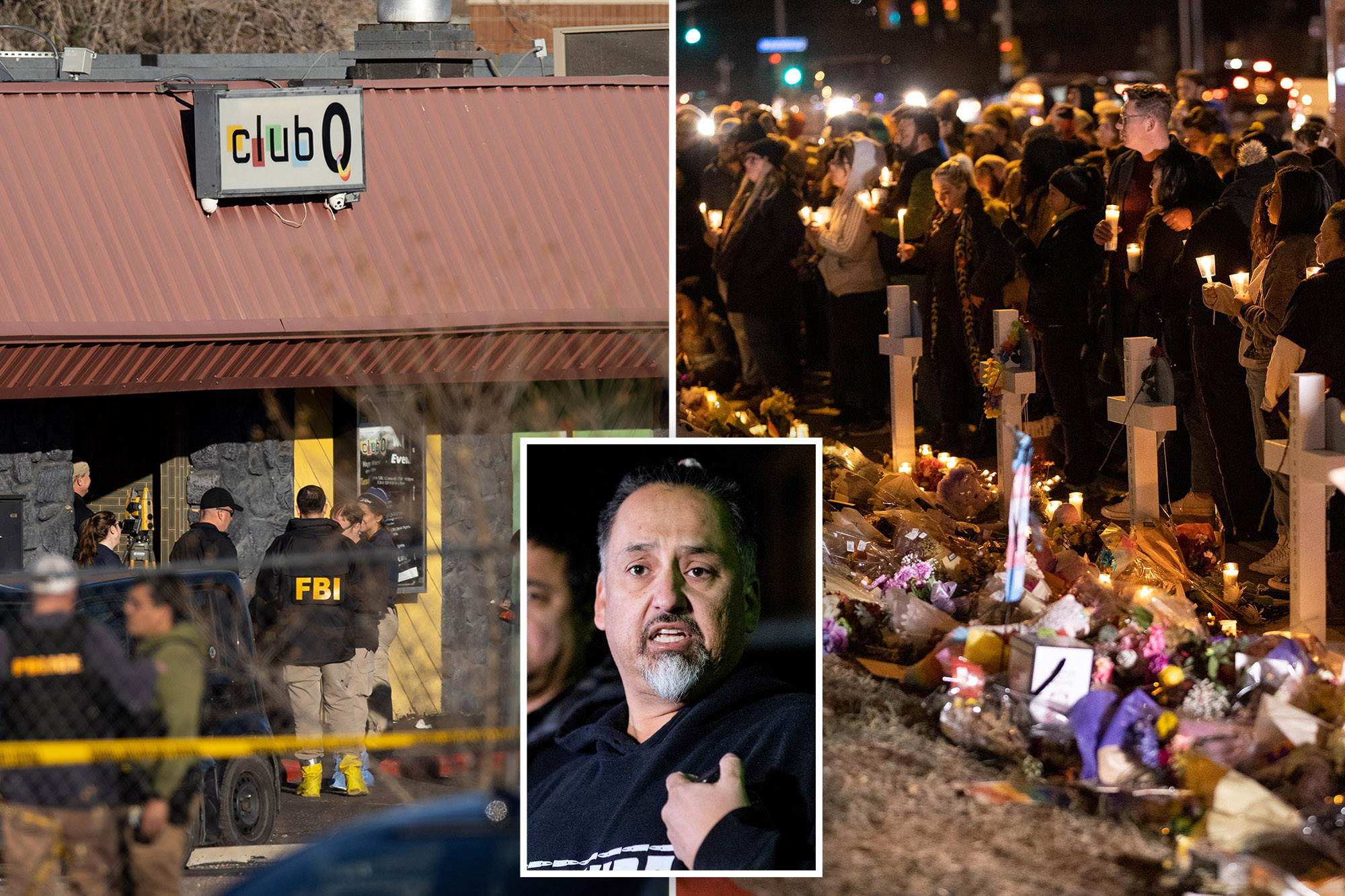 A trans woman and an Army veteran are being called heroes after fearlessly confronting the gunman in the deadly Colorado LGBTQ nightclub massacre.

Fierro, 45, who served for 15 years in the military, described how he immediately went into “combat mode” to take down the shooter.

“I just know I have to kill this guy before he kills us,” Fierro told the New York Times of his split-second decision to claw through the panic and tackle the suspect.

After wrestling the gun away, Fierro got help from another patron, Thomas James, who moved the rifle out of the way.

Fierro then recalled a third person, whose identity has not been revealed, stomping on the shooter’s head with her high heels.

“I grabbed the gun out of his hand and just started hitting him in the head, over and over,” he remembered.

Veteran Rich Fierro was at Club Q when the shooting began on Saturday night.REUTERS

Fierro initially identified the woman who assisted him as a “drag queen,” however, drag performer Del Lusional, who was also at Club Q during the attack, corrected the mistake on social media.

“The one who saved my life and stomped the shooter’s face in was not a drag queen, she is a trans woman,” they tweeted late Monday.

“I also want to make it clear, I don’t think Richard knew that she’s not a drag performer. But now that we know, let’s correct it,” the performer added.

The shooting took place during a drag performance at Club Q on Saturday night.ZUMAPRESS.com

Daniel Aston, one of the five victims.Colorado Springs Police Departme

By the time police arrived, Aldrich, 22, had allegedly stopped resisting and Fierro feared he was dead.

The brave Army vet was also initially tackled by police, who saw him covered in blood and carrying a weapon.

He was held in the back of a squad car for over an hour before being released to his family and friends, including his wife and daughter, who suffered minor injuries.

Although the trans woman has not been identified, both she and Fierro are being praised for their brave actions.

People embrace during a candlelight vigil on a corner near the site of the shooting.AP

Ashley Green Paugh was killed in the massacre.Facebook/Kimberly Paugh

Kelly Loving was also a victim of the heinous crime.AP

Suthers’ sentiment was reflected on social media, with several users calling out the significance of the trans woman’s heroics in the face of an attack on the LGBTQ+ community.

“Knowing the hero lady who stomped the terrorists face in with her stilettos until he was hamburger was a trans woman feels barest silver lining-y to me,” one user tweeted on Tuesday.

“[The shooter] compounded our grief on [Trans Day of Remembrance] with fresh agony, but at least one of us got to pay him back for it in kind, sorta.”

Bartender Derrick Rump was among those killed.Colorado Springs Police Departme

“These are the real American heroes,” another wrote.

When asked about his relationship to the LGBTQ+ community, Fierro said he has “nothing but love.”

He is worried, however, about how his daughter and other survivors will cope with their grief and trauma in the aftermath of the heinous crime.

“Nobody in that club asked to do this,” he told NPR, recalling how he struggled after three tours in Iraq and one in Afghanistan.

They are all “going to have to live with it now,” he said.

Fierro’s story of survival comes as an increasingly distressing picture of the suspect emerges.

Aldrich, who is reportedly the grandson of California lawmaker Randy Voepel, has been described as a gun enthusiast who used homophobic slurs.

In June 2021, Aldrich was charged with menacing and first-degree kidnapping after allegedly making a bomb threat to his mother. He was not prosecuted, and evaded “red flag” laws until Saturday’s deadly showdown.

A memorial near the scene of the shooting in Colorado Springs.AP

The 22-year-old, who is due in court after he is released from the hospital this week, likely faces five murder charges as well as five counts of bias-motivated crime causing bodily injury. It is unclear if federal hate crime charges will be filed separately.

Australian woman speaks out after a man — who she alleges broke into her home, raped her, and sent an apology text for doing ‘the most heinous thing possible’ — was found not guilty

GOP governor on midterm elections: Trump cost us the race