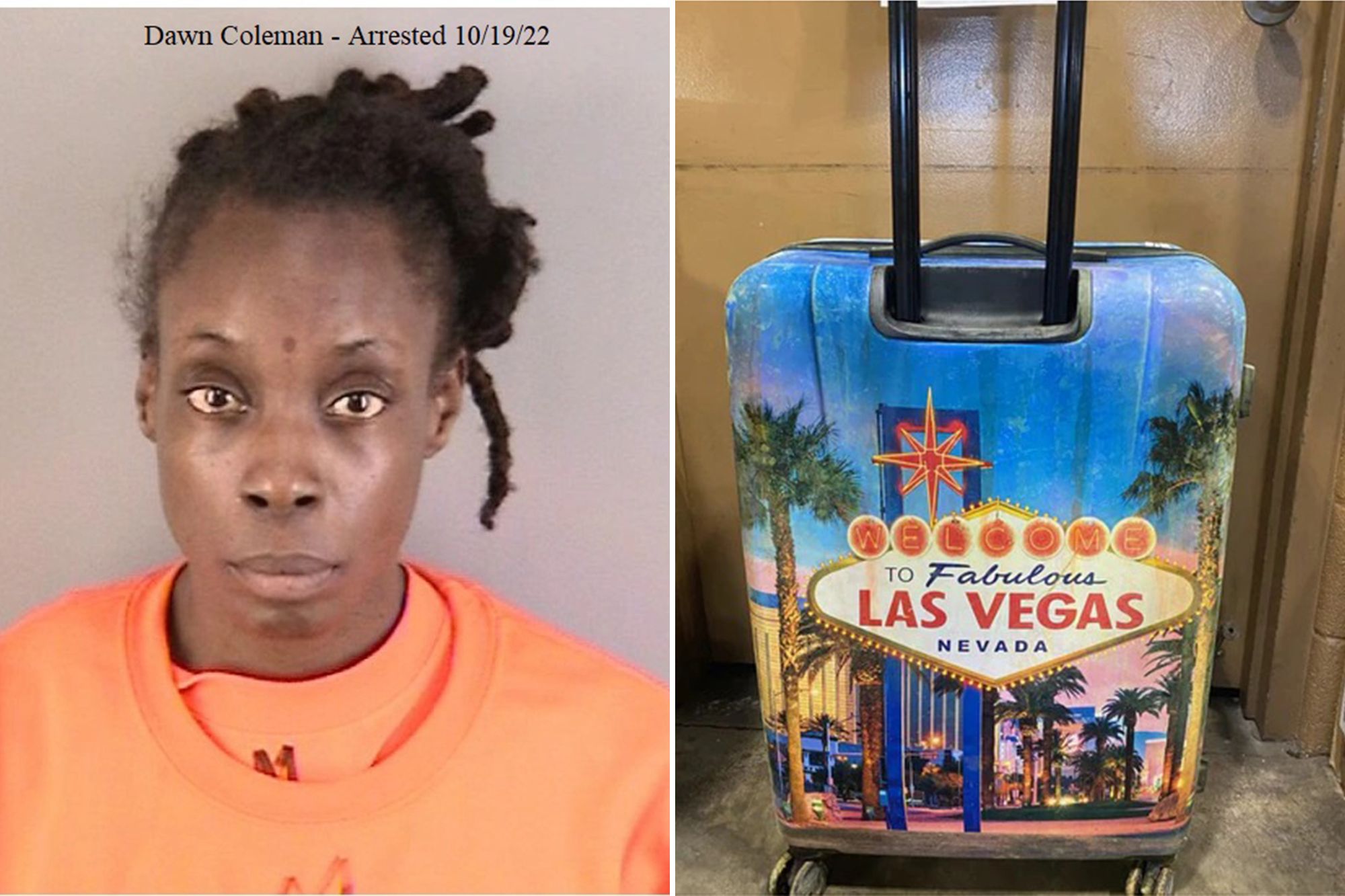 One of two women accused in the murder of the Indiana boy found stuffed in a suitcase last spring has been charged — and confessed to her role in the gruesome killing, authorities said.

Dawn Coleman, 40, of Louisiana, was arraigned on Monday on charges of aiding murder, neglect of a dependent resulting in death, and obstruction of justice, WLKY reported. The judge entered pleas of not guilty on her behalf.

Coleman was arrested in San Francisco on Oct. 19, shortly before law enforcement publicly identified the remains of Cairo Jordan, 5, who was found in a suitcase in the woods in Washington County in April. An initial autopsy revealed he died of an “electrolyte imbalance” possibly stemming from the stomach flu.

Jordan’s mother, Dejuane Anderson, is also wanted in connection to his death, and remains on the lam. Prior to her son’s death, she made Facebook posts about him being demonic and needing to be exorcised.

“To have at least this much moving forward, to have somebody in custody and let the justice system move forward with that, it’s a big deal,” Indiana State Police Sgt. Carey Huls told WLKY of Coleman’s arrest. She is being held without bond.

Police have not said what Coleman’s relationship is to Anderson or Jordan.

According to a probable cause affidavit, Coleman confessed to investigators that she saw Anderson pin Jordan down with his face in a mattress. Coleman allegedly said she helped Anderson load the child’s body into the suitcase and abandon it in the woods.

The document also claims that both women’s fingerprints were found on trash bags in the distinctive “Las Vegas” suitcase, which was also identified in photos on Coleman’s Facebook profile.

Huls confirmed to WLKY that investigators were scouring the country for Anderson, who was last seen in the Echo Park area of Los Angeles.

“It’s an active investigation,” he said. “A lot of work is going on behind the scenes that people don’t see happening, so we’re hopeful and we’re confident she will be found and she will be brought to justice.”

Australian woman speaks out after a man — who she alleges broke into her home, raped her, and sent an apology text for doing ‘the most heinous thing possible’ — was found not guilty

GOP governor on midterm elections: Trump cost us the race