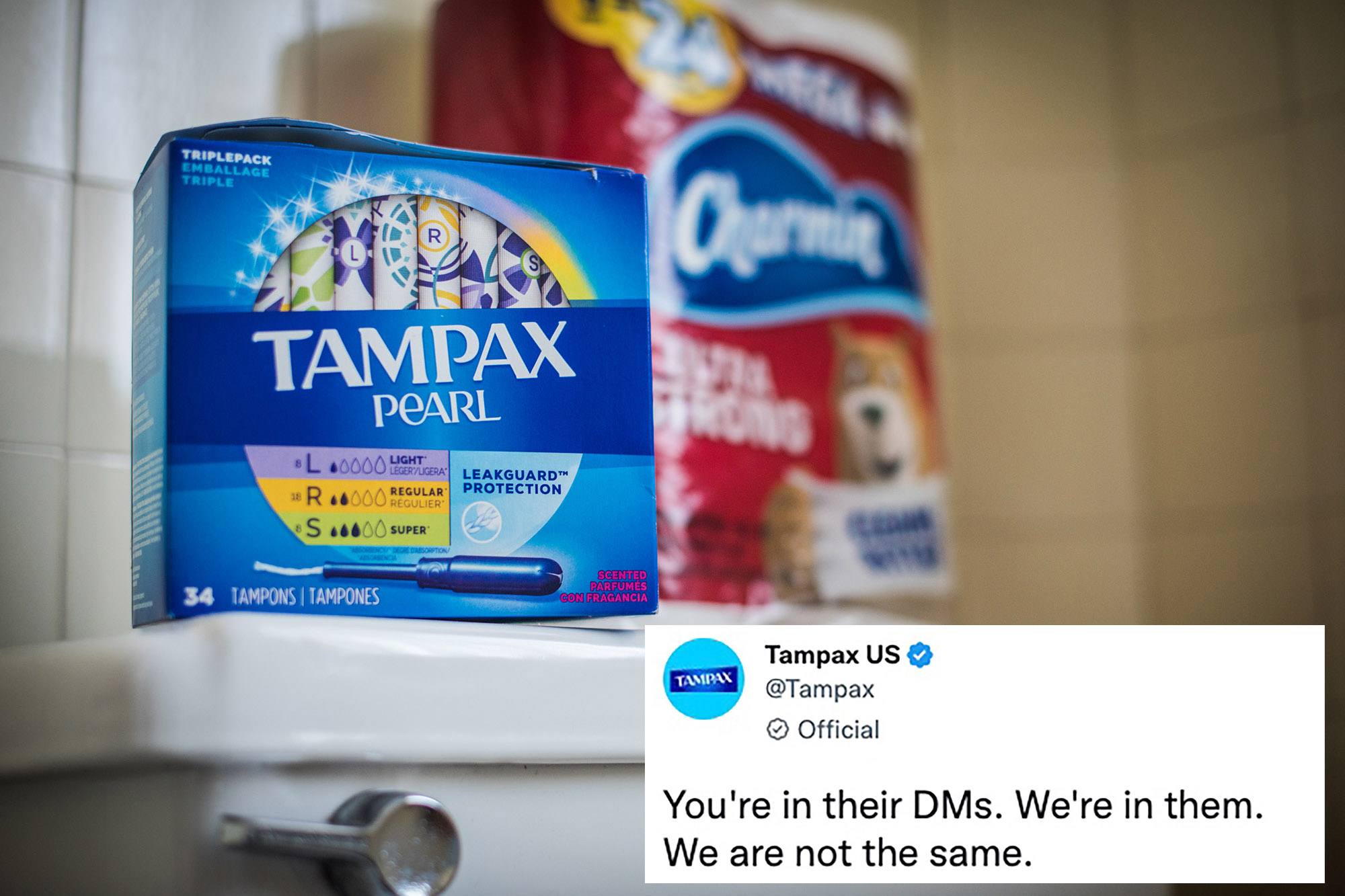 Tampax is facing disgusted backlash over a crude tweet — which critics have blasted as “sexualizing women.”

“You’re in their DMs. We’re in them. We are not the same,” the menstrual product company wrote Monday.

The eyebrow-raising post is a racy parody of the online slang “slide into the DMs,” which is when someone direct-messages someone else — typically a person they are attracted to — on social media.

Tampax, which is owned by conglomerate Procter & Gamble, almost immediately faced backlash over the suggestive tweet.

“Yikes!” one commenter replied. “This is BEYOND inappropriate from a corporation.”

You’re in their DMs. We’re in them.
We are not the same.

“Real weird for a company that sells products made for woman’s natural bodily functions to make a tweet sexualizing woman for using their products,” another said.

Just hours later, however, the company doubled down on the controversial post, retweeting the parody with the added note that it “refused to let twitter shut down before we shared this tweet.”

In response, thousands of horrified social media users took up the hashtag “#BoycottTampax,” urging others to forgo the brand for “sexualizing” much of its customer base.

The company has yet to issue a statement on the tweet and ensuing controversy.LightRocket via Getty Images

“Stop supporting brands that don’t support women,” one Twitter user said. “This is a disgusting and misogynistic tweet. Feminine products are not to be sexualized ever.”

Others pointed out that many people who menstruate are underage, making the tweet not only creepy, but potentially predatory.

“Considering [you] are sexualizing everyone who gets a period, including underage girls, you should probably get a different attitude about your (former?) customers,” a commenter noted.

But as the boycott movement gained traction, Tampax supporters claimed the backlash was transphobic.

Tampax previously made headlines in 2020 for tweeting that “not all people with periods are women.” The brand has also been linked to trans influencers Dylan Mulvaney and Jeffrey Marsh.

“This whole #BoycottTampax thing is just terfs finding some tiny thing to boycott a company that supports trans people,” one social media user weighed in.

“Oh look, bigots want to #BoycottTampax for supporting transgender women,” another comment read. “Transphobia is all the rage this season.”

Tampax previously caused a media firestorm when it asserted that not only women have periods.Corbis via Getty Images

Tampax has yet to issue a statement on the controversy. The company’s Twitter account has been silent since Monday.

Procter & Gamble, Mulvaney and Marsh also did not immediately respond to The Post’s requests for a comment.