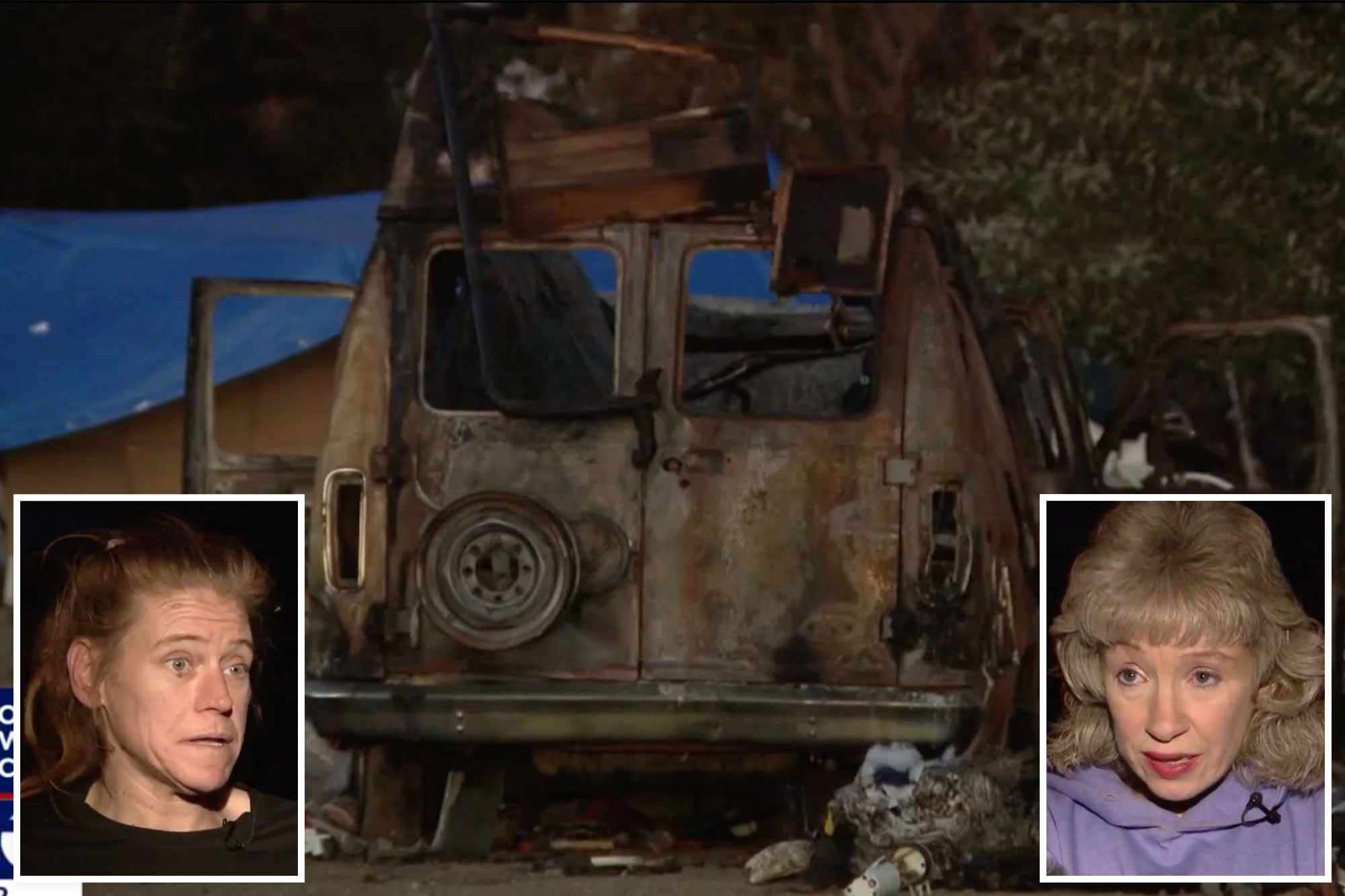 Two homeless women in Northern California returned a large amount of cash that belongs to a man whose van was destroyed in a fire.

The women were among four homeless people who sifted through debris Wednesday near the San Jose International Airport to salvage what they could for a neighbor identified as George, Fox San Francisco reported.

During the blaze, two men saved George’s two dogs and the women found an unspecified amount of cash, thousands of dollars, that had been stashed in the vehicle.

“That night, before I found the money, he was saying I just lost my money that I was saving to go home and visit family. I haven’t seen my family in 10 years.  He needs to see his family,” Gretchen Pace told the news outlet. “What saved the money was this.”

A friend told the news station that George was hospitalized for an unrelated illness but was grateful for what his neighbors did.

Kimberly Williams, who is also homeless, said she found another bundle of cash in a tin can among the wreckage.

“It was burned on the end but the middle was fully visible,” she said. “The serial number and everything was all intact. I don’t know how much it was. I didn’t count it.  I just got all excited about it.”

The women searched through the debris after the van caught fire near the San Jose International Airport.
Carmen Bremiller via FOX News

The neighbor George had been saving the money to go visit family for the first time in 10 years.
KTVU

Gretchen Pace said she turned down George’s offer of a reward.
KTVU

Kimberly Williams found money saved in a tin can in the debris.
KTVU

Both women said they handed the money back to George.

“I just handed it to him and he started crying and said oh my gosh, why did you do this? I said it’s your money.  It’s not mine,” said Pace. “He offered me money. I said no. Give me enough for a pack of cigarettes. He goes, let me take you out for dinner. I said coffee and a donut is enough for me.”

Meet ‘Kanika the sociopath’, the woman who believes she’s the antidote to toxic masculinity with her ‘dark feminine’ advice

Meet ‘Kanika the sociopath’, the woman who believes she’s the antidote to toxic masculinity with her ‘dark feminine’ advice