Putin fell down stairs, soiled himself amid health woes: report 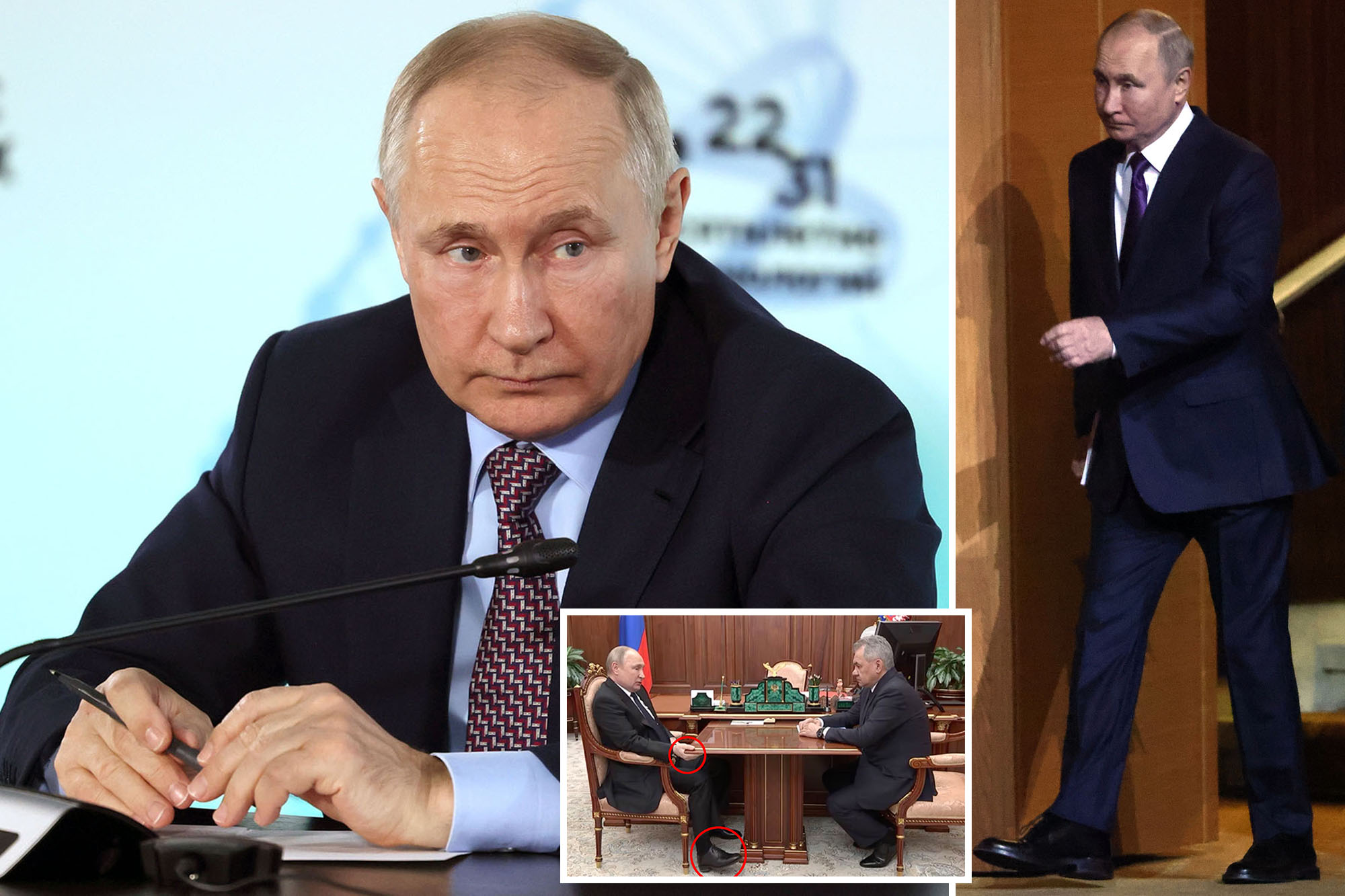 Russian President Vladimir Putin fell down the stairs and soiled himself this week amid mounting speculation that his health is declining, an anti-Kremlin Telegram channel with apparent links to his security team reported.

Putin, 70, suffered the unfortunate fall at his Moscow official residence on Wednesday evening, according to the Telegram channel “General SVR,” which purports to be run by a former Russian spy.

The ailing Russian leader allegedly fell down five steps before landing on his coccyx, or tailbone.

Although his security guards immediately rushed to his aid, the impact of the fall caused Putin to “involuntarily defecate” due to “cancer affecting his stomach and bowels,” according to the channel.

The incident is the latest health scare for Putin, who is rumored to suffering from worsening cancer and Parkinson’s disease amid the ongoing war with Ukraine.

Putin is rumored to be suffering from cancer.MIKHAIL METZEL/SPUTNIK/KREMLIN P

“Three bodyguards helped the president get to the nearest couch and summoned medics, who are on duty at the residence,” General SVR said.

“Nothing critical [was diagnosed], the president’s condition closer to nighttime was stable, he can get around on his own, with pain in the coccyx area while sitting being the only thing that bothers him.”

The post noted that a special investigation was being carried out to determine the cause of the president’s fall.

Putin mysteriously gripping the desk during a meeting. Kremlin

The famously-paranoid Russian leader reportedly wears slip-proof shoes, and stairs in the official residence had been deemed safe.

“As it turns out, all precautions could be in vain when the nerves are shot,” the message concluded.

Putin appeared to shake off the injury, and less than one day later was pictured touring a lab in Moscow.

Some viewers noticed IV marks on his hands in October.

Rumors about Putin’s alleged health woes have been rampant since the war with Ukraine began in February. On several occasions, the former KGB strongman has appeared weak and unsteady while in public.

In late October, Kyiv Post journalist Jason Jay Smart tweeted screenshots of Putin greeting soldiers at a boot camp in the Ryazan region, prompting speculation that the president had IV tracks on his hands.

“Putin’s oncology is progressing and, despite adequate treatment lately, the pain is not always completely relieved,” the channel claimed.

“It must be understood that the deplorable state of the president’s physical and mental health affects the adoption of key decisions. Putin doesn’t want to change history, he wants to end it.”