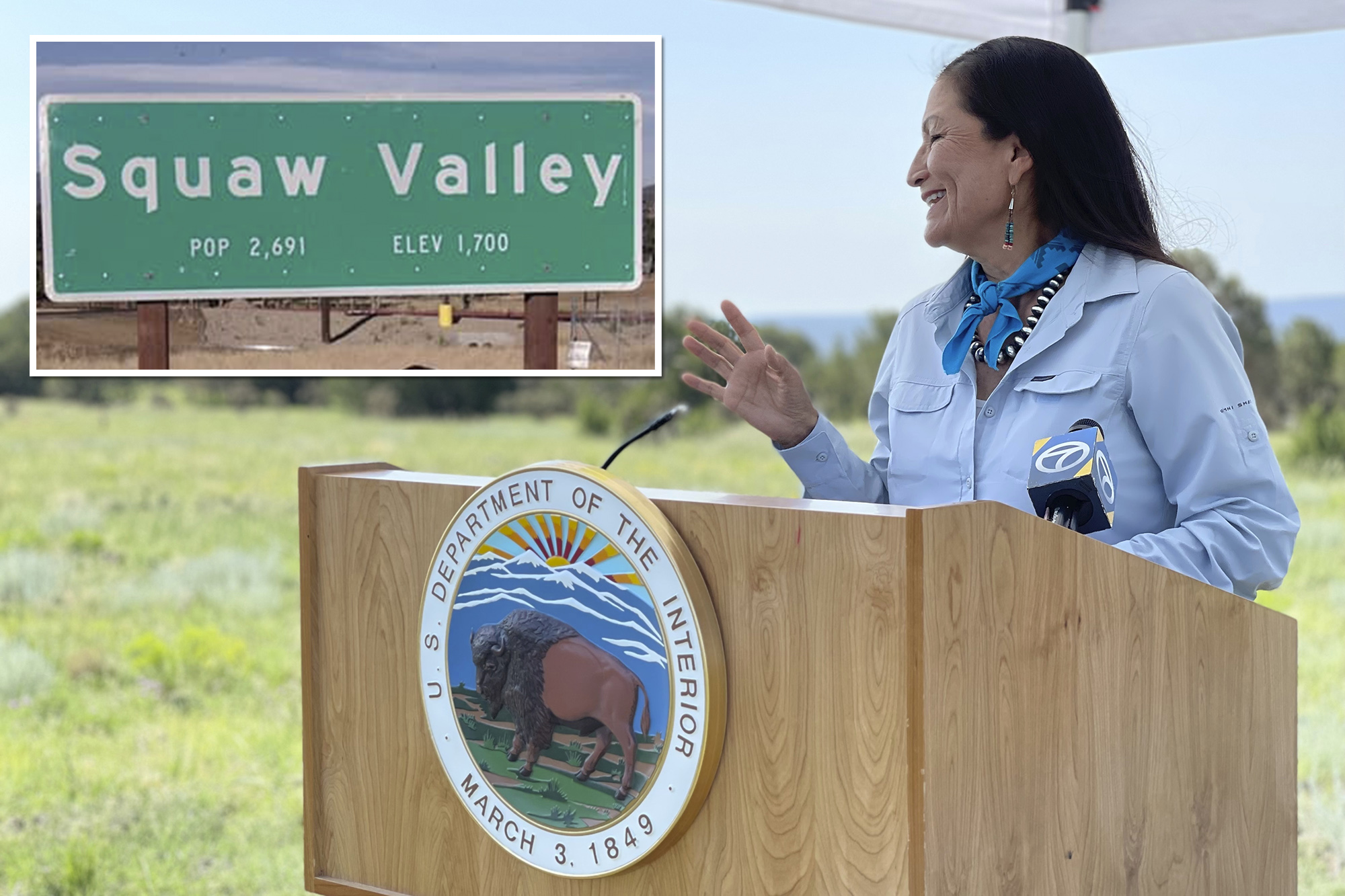 The U.S. Department of the Interior announced Thursday that it has given new names to five places that previously included a racist term for a Native American woman.

The renamed sites are in California, North Dakota, Tennessee and Texas, completing a yearlong process to remove the historically offensive word “squaw” from geographic names across the country.

“Words matter, particularly in our work to ensure our nation’s public lands and waters are accessible and welcoming to people of all backgrounds,” Interior Secretary Deb Haaland said in a statement. She called the word “harmful.”

Haaland, who took office in 2021, is the first Native American to lead a Cabinet agency.

In September, the Interior Department announced its final vote on proposals to change the names of nearly 650 sites that contained the word. The agency conducted an additional review of seven locations, all of which were considered unincorporated populated places. Five of those were changed in Thursday’s announcement.

In western North Dakota, the new name Homesteaders Gap was selected by members of a small community as a nod to their local history.

Mark Fox, tribal chairman of the Mandan, Hidatsa and Arikara Nation, welcomed the change, telling The Bismarck Tribune that the slur “really causes serious and strong emotions and resistance to that term.” In a statement to The Associated Press, he said it was long overdue, and “we are pleased that the racially insensitive and offensive name has been removed.”

But Joel Brown, a member of the McKenzie County Board of Commissioners, said many residents in the area “felt very strongly” in opposition to the switch. Brown, who is white, said he and others prefer as little interference from the federal government as possible because “generally we find they’re disconnected from what the culture and economy are out here.”

Two other newly named places are the California Central Valley communities of Loybas Hill, which translates to “Young Lady,” proposed by the Paskenta Band of Nomlaki Indians; and Yokuts Valley.

The others are Partridgeberry, Tennessee, and Lynn Creek, Texas.

The decision has long precedent. The Interior Department ordered the renaming of places with derogatory terms for Black and Japanese people in 1962 and 1974, respectively.

Last year alone, authorities renamed 28 Wisconsin sites to remove a racist word, a panel recommended the name change of a Colorado mountain tied to a massacre, and the federal government renamed hundreds of peaks, lakes, streams and other geographical features with racist and misogynistic terms.