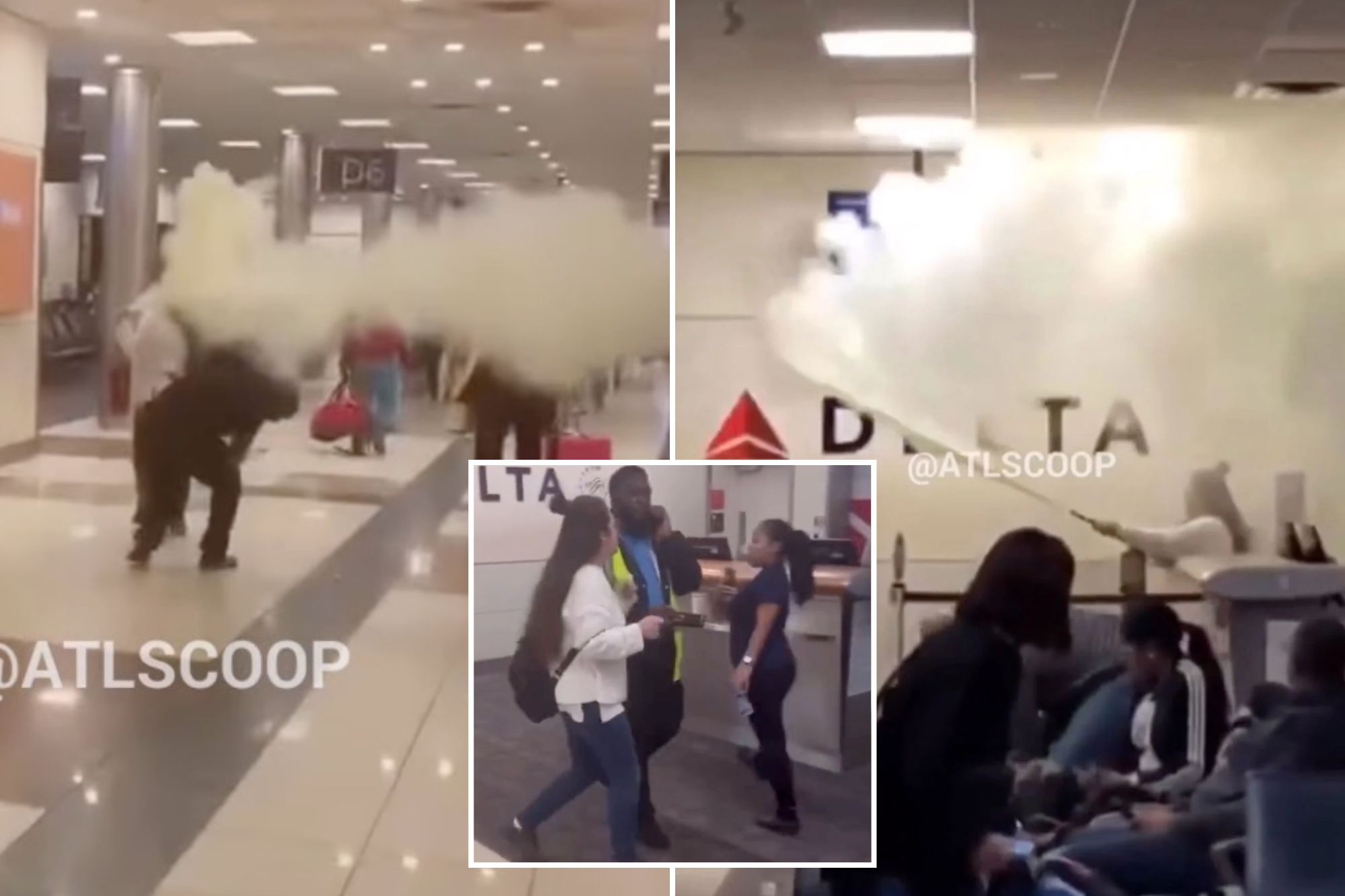 That’s one way to end up on the no-fly list.

An Ohio woman was arrested Tuesday after she assaulted flight attendants and police officers with a fire extinguisher at Hartsfield-Jackson Atlanta International Airport.

Jennifer Kaye Holder, 27, was confronted by airport staff when she allegedly left a Buffalo Wild Wings restaurant without paying for her meal, according to Inside Edition.

The incident happened around 9:30 p.m. on Concourse D after police say airport security reported that a Delta passenger was attempting to open a secured door.

In a video posted on social media, a disgruntled Holder is seen arguing with airport personnel that someone had paid for her meal.

Holder and some airport employees were treated for “respiratory discomfort” following the havoc. atlscoop/Instagram

In the video, Holder angrily tells the Delta employee that someone had paid for her meal.atlscoop/Instagram

Holder attempted to open one of the security doors before she confronted a flight attendant, only to be separated by airport security.

She is later seen armed with the fire extinguisher with the hose pointed out as she approaches innocent travelers, who hastily tried to avoid the crazed woman.

As another airport staff member approached Holder from behind, she sprayed the worker with a burst of chemicals. Three flight attendants experienced “respiratory discomfort” following the altercation, but were later cleared by emergency services.

Holder was then confronted by police while still wielding the extinguisher and spraying it at airport security, according to the police report.

“Officers attempted to make contact with the female, but she was non-compliant and sprayed officers with the fire extinguisher,” the police report stated.

Police say Holder continued to “behave erratically and combative, by spitting and kicking at officers” while they placed Holder into custody. She was evaluated for minor injuries.

The Ohioan was taken to Clayton County Jail and faces charges of obstructing law enforcement officers, two counts of simple assault, and three counts of simple battery, according to online jail records.