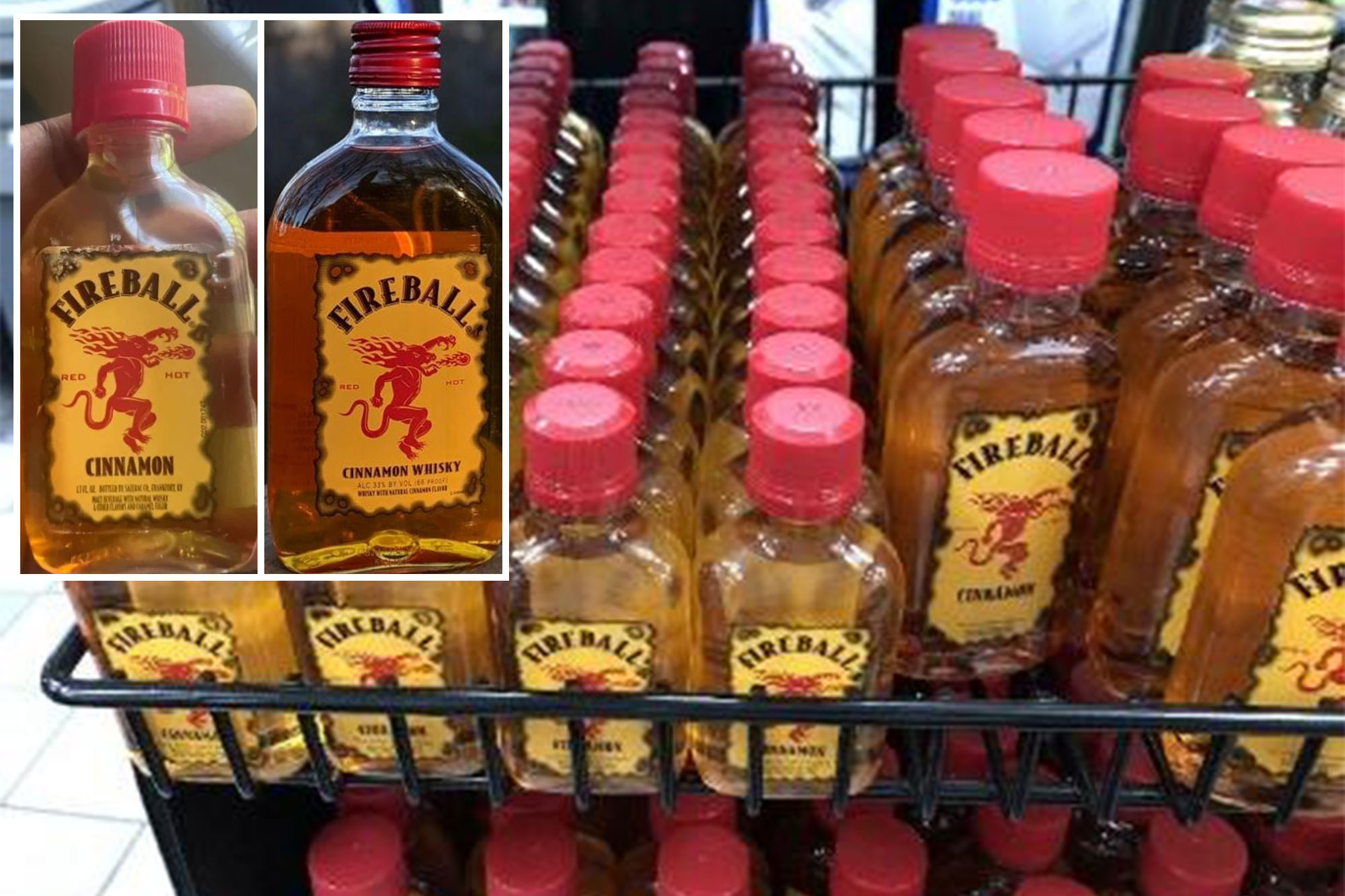 It may not be the real deal — but it was worth a shot.

A woman is taking the Sazerac Company — which makes alcoholic beverages including Fireball Whisky — to court over what she claims is misleading packaging after discovering mini bottles of Fireball Cinnamon Whisky don’t actually contain whiskey.

Anna Marquez filed a lawsuit in Illinois on Jan. 7 after discovering the drink is a malt beverage flavored like whiskey and not actually whiskey — calling it “deceptive labeling on Fireball Cinnamon.”

The mini, 3.4 oz. bottles of Fireball Cinnamon are sold in stores that aren’t licensed to sell liquor — such as supermarkets or gas stations — with the lawsuit alleging the labels of the two drinks are “almost identical,” despite one beverage containing whiskey and one not.

The tiny bottles were sold at gas stations for 99 cents.Anna Marquez

“[Consumers] will think the Product is a malt beverage with added (1) natural whisky and (2) other flavors,” the suit reads. “What the label means to say is that the Product contains ‘Natural Whisky Flavors & Other Flavors,’ but by not including the word ‘Flavors’ after ‘Natural Whisky,’ purchasers who look closely will expect the distilled spirit of whisky was added as a separate ingredient.”

The class action notes whiskey is a distilled spirit, while a malt beverage is based on fermentation with a neutral base to which flavors and color — specifically “caramel” — are added.

Mini bottles of Fireball Cinnamon do not contain any actual whiskey.Anna Marquez

“While federal and identical state regulations allow the Product’s use of the distilled
spirit brand name of Fireball, they prohibit the overall misleading impression created as to
‘Fireball Cinnamon’ version,” the suit adds.

The suit also called the bottle’s fine print describing the contents as a “clever turn of phrase,” noting consumers assume the phrase “With Natural Whisky & Other Flavors” will read as two separate items: “Natural Whisky” and “Other Flavors,” meaning the drink contains “natural whisky flavors.”

“They will think the Product is a malt beverage with added (1) natural whisky and (2)
other flavors,” the suit says.

The lawsuit claims to represent “more than 100” plaintiffs — in addition to Marquez — who allegedly bought the products at “thousands of stores including grocery stores, big box stores, gas stations and convenience stores.”

The lawsuit states the plaintiff is seeking $5 million in compensation for the “controversy.”